The Ballets Russes, the dance company founded in 1911 by Russian art critic Sergei Diaghilev, was said to have been a revolution for the performance of ballet. Harmonizing the fields of music, dance and art, Diaghilev updated the ballet’s status for the 20th century from its traditional, opera-based and female-led format. Composers Sergei Prokofiev and Igor Stravinksy, and the dancers Vaslav Nijinsky and Anna Pavlova were some of the Ballets Russes’ stars, celebrated in their fields to this day.

Diaghilev accentuated the design aesthetic of the Ballets Russes, and invited collaborations from the most famous artists and designers of the time. Pablo Picasso, Matisse, and Coco Chanel contributed to the production of its scenery and costumes. Ballets Russes costumes and props thus became sought-after relics, not only for their association with the dance’s golden age, but also their celebrity makers.

The Victoria and Albert Museum’s Theatre and Performance department’s collection of Ballets Russes costumes and memorabilia is one of the greatest in the world. In 2010 the collection went on display in the exhibition, ‘ Diaghilev and the Golden Age of the Ballets Russes, 1909-1929 ’, curated by Geoffrey Marsh and the V&A’s curator of dance, Jane Pritchard.

On 25th April 2017 Jane Pritchard led a session for Costume Society members with the opportunity to study some of the costumes from the Ballets Russes collection. Our visit took place at Blythe House, a grand old building in West London, previously the Post Office Savings Bank, currently home to the stores of the V&A, the Science Museum, and the British Museum.

As our group settled into the study room, Jane first explained that due to the imminent move of the archives from Blythe House and an internal audit aimed at improving accessibility, only some pieces were available to view. However, judging by the selection we could already spy laid out on tissue paper around the room, there was still plenty to satiate our costume-hungry appetites.

Jane introduced the morning with a detailed account of the Ballets Russes and the history of its costumes. Although the Ballets Russes never performed in Russia itself, its distinctive qualities came from the pronouncement of ‘Russianness’ in its art and choreography. The company’s ethnic identity manifested strongly through costume, seen in one example held up by Jane - a kaleidoscopic ikat textile sourced in the St. Petersburg markets and worn by the Polovstian Hordes in Prince Igor (1909). This exoticism was a strong selling point abroad. The company was based in Paris and toured internationally; the majority of its performances took place in England, which, as Jane pointed out, makes the V&A worthy of holding its extensive collection.

Like the other major collections, the V&A acquired its Ballets Russes archive at auctions in the 1960s and 1970s. The lots for these auctions had been prepared in haste and resulted in many pieces being wrongly labelled and outfits being teamed with the wrong accessories. It takes a lot of work to research which accessory matches with which costume, which the V&A curators achieved in the 2010 exhibition.

Jane reminded us of the differences between historic dress and theatre costumes; principally, the amount of wear and tear, as well as the crudeness in the original construction of stage costumes. The costumes might therefore appear ‘less impressive’ in terms of aesthetic and preservation appeal. For example, the decorative detailing on wool tunics worn by the dancing maidens in the Rite of Spring (1913) was crudely painted onto the collars and hemlines after the garments were sewn. Furthermore, it is more typical for the costumes of walk-on roles to survive, as those worn in lead roles endured much physical strain through frequent use, and were subject to vast laundry runs. The V&A’s archives also hold a large number of laundry bills run up by the company.

The morning was concluded with a chance to closely inspect some of the costumes laid out for us. A golden headpiece that had caught my eye earlier, composed of papier-mâché heads stacked one on top of the other, was part of a heavy, beaded costume made by costume designer Léon Bakst for a child dancer in The Blue God (1912). There was also a painted silk cap with oversized flowers, probably made by Matisse.

The collection reminded us of the importance of historical costume to interpret bygone eras, and especially one as ephemeral as early dance history. I can recommend a visit to the Theatre and Performance department at Blythe House to anyone interested in early twentieth century dance and design. A special thank you goes to Jane Pritchard and her truly extensive knowledge of the Ballets Russes, as well as to Assistant Curator Alice Young, for making the study day so worthwhile. 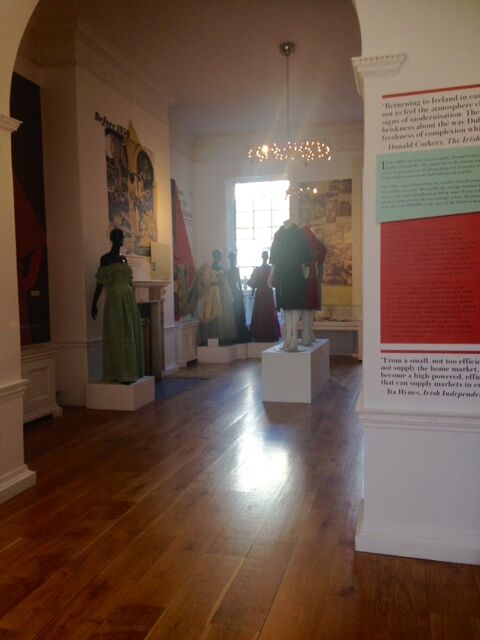 1. Costume for Fairy of the Songbirds in Aurora’s Wedding, designed/made by Léon Bakst, 1922, yellow taffeta with gold appliqué birds, Theat 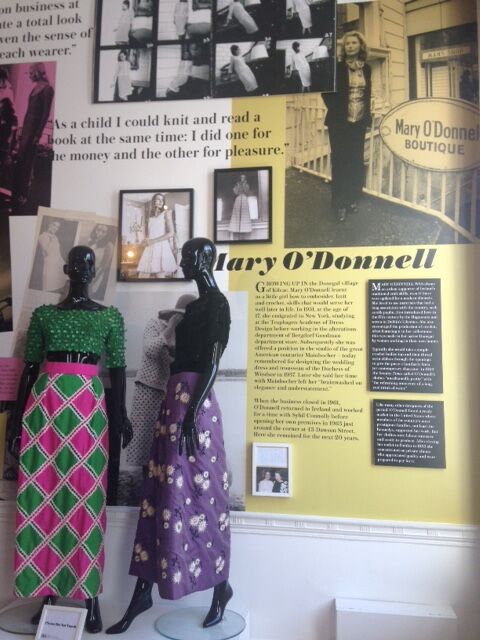 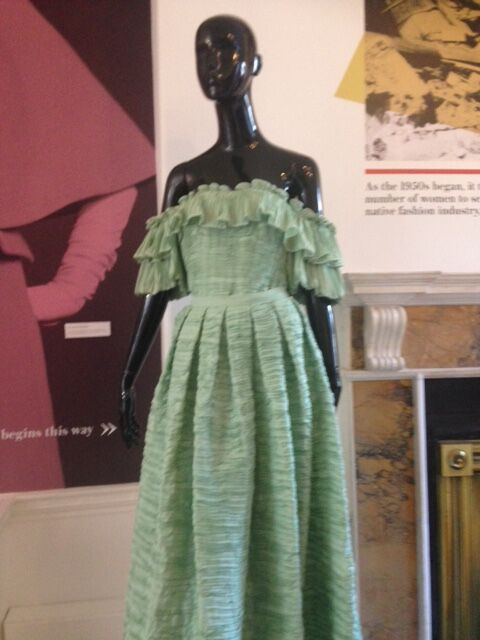 3. Programme for the Ballets Russes with Nijinsky as the Blue God, c.1912,