‘Hidden in the Lining - Krishna in the Garden of Assam’: Inside an Eighteenth-Century Banyan

CS Ambassador Olivia Gecseg shares her experience of an object focused study day at the Chepstow Museum. The day centred around an important piece in their collection, an Eighteenth-Century Banyan which is said to have a lining made from the religious textile known as the ‘Vrindavani Vastra’ produced in sixteenth-century Assam.

A most unusual garment, the Chepstow coat, an eighteenth-century men’s banyan (a kind of nightgown popular in European dress) has a lining made from a silk textile woven in Assam in North East India depicting motifs from the life of the Hindu god Krishna. The banyan is held in the collection of the Chepstow Museum in Monmouthshire and went on display this summer in a small exhibition in partnership with the British Museum: ‘Hidden in the Lining - Krishna in the Garden of Assam’.

Those who recall the British Museum’s 2016 exhibition ‘Krishna in the Garden of Assam’ may recognise the coat as the very same displayed next to another curious object, a nine meter-long wall hanging, composed of twelve strips of cloth sewn together. Both the lining and this magnificent hanging are believed to originate from the same religious textile known as the ‘Vrindavani Vastra’ produced in sixteenth-century Assam.

In order to answer the multitude of questions the coat raises, a study day was organised in Chepstow on the 22nd July 2017 by the Chepstow Museum. Invited to speak were four scholars with a huge breadth of expertise, speaking for the coat’s need for an interdisciplinary approach to reveal its historic meaning.

T. Richard Blurton, Head of the South Asian section at the British Museum, Rosemary Crill, previously Senior Curator at the V&A and Curator of the marvellous ‘Fabric of India’ exhibition in 2015, Steven Cohen, Visiting Fellow at the Ashmolean Museum, and Dr Susan North, Senior Curator of Fashion at the V&A formed the study day’s panel of experts.

Richard Blurton, the curator of the British Museum’s exhibition, explained the background to the textile’s motifs representing Krishna’s time in the forest of Vindravan in Assam. This same region had a strong tradition in weaving and the Vaishnavite saint Sri Shankaradeva who wrote dramas depicting the life of Krishna influenced the reproduction of these stories in cloth.

We can even see extracts of Shankaradeva’s text, in old Assamese, recreated in woven patterns. Some sections have been discovered to be upside down, due to the weavers’ illiteracy. The text segments can be found in the lining of the Chepstow coat too, making it certain that there was a connection between the two seemingly disparate objects.

The British Museum’s wall-hanging holds clues to how the same textile came to be used for the lining of a man’s nightgown. Rosemary Crill suggested possible uses for textiles like the Vrindavani Vastra, quoting similar examples used to decorate monasteries and temples, for manuscript covers or monk’s robes. The hanging in question was acquired at the Gobshi Temple near Gyantse in Tibet, which meant it must have been brought there, possibly on a trading route and possibly in its original cloth form, from Assam. It was then made up into a wall-hanging for use in the temple, detached from its context in Hindu culture.

Steven Cohen described the incredibly complex lampas weaving technique of the Vindravani Vastra. Lampas weaving has two warp systems and two wefts (or more) and produces a highly luxurious finish; the cost would have been extremely expensive due to the time-consuming nature of its production.

Finally, Susan North talked us through a history of the banyan in dress. The banyan, an elite fashion during the seventeenth and eighteenth centuries, took its name from the Indian for ‘merchant’. Its simple T-shape construction made it relatively unstructured compared to Western tailoring and was often called a nightgown in inventories or diaries. Its similarity to a nightgown indicated the wearer was a man of leisure and became synonymous with the lifestyle of the ‘contemplative man’. Through its Eastern roots the banyan also represented exoticism and was typically made up from patterned silks in bright colours, a statement piece in an ever-increasingly black palette in men’s fashion. Referring to the unusual pattern of the Chepstow coat’s lining, Susan’s statement was apt: ‘You could only really use a material like this in a banyan’.

Susan’s explanation points us to the answer of the broader question of why a sacred textile is lining a banyan: that is, that the owner had no idea of the cloth’s meaning. At the time of the banyan’s production, probably sent to a tailor to be made up, the cloth had been detached from its cultural roots, thereby left open for appropriation into Western fashion.

The Chepstow Museum’s Curator Anne Rainsbury shed some light on the banyan’s provenance. The banyan came to the museum from the Cobb family who owned Caldicot Castle; Joseph Cobb’s wife had links to the East India Trading Company. Therefore, it is possible that this is where the Assamese lining was sourced.

It’s amazing what the inside of a man’s dressing gown can reveal about eighteenth century trade routes, buddhist temple interiors, and weaving traditions! Thank you to the panel of speakers and the Chepstow Museum for organising this fascinating exhibition and study day.

T. Richard Blurton, ‘Krishna in the Garden of Assam: the cultural context of an Indian Textile’, British Museum, https://www.youtube.com/watch?v=S8c5ZarOmvY&t=493s 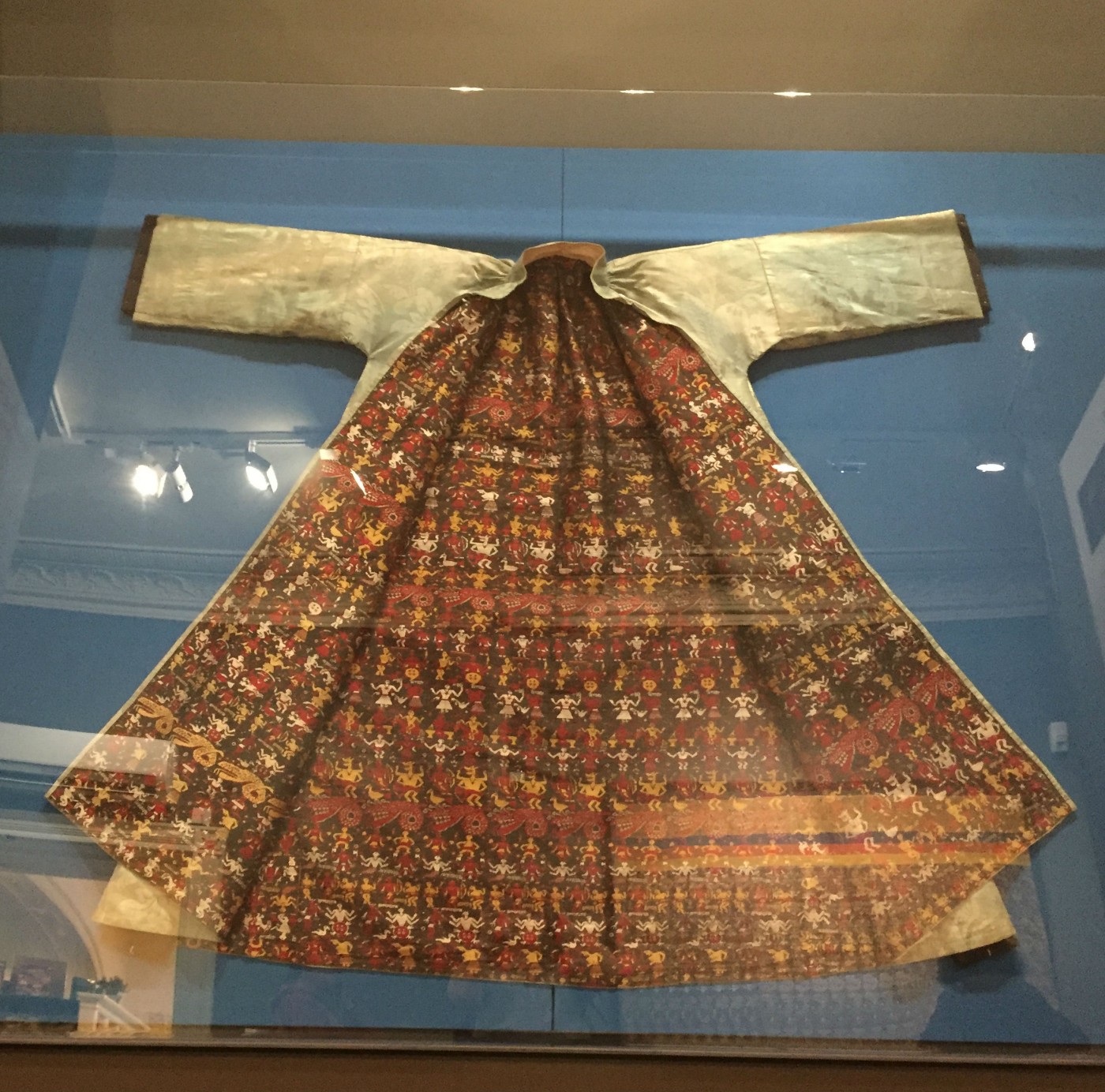 The Chepstow Coat on display at the Chepstow Museum in ‘Hidden in the Lining - Krishna in the Garden of Assam’, Photo by Olivia Gecseg, 2017 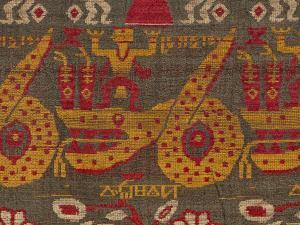 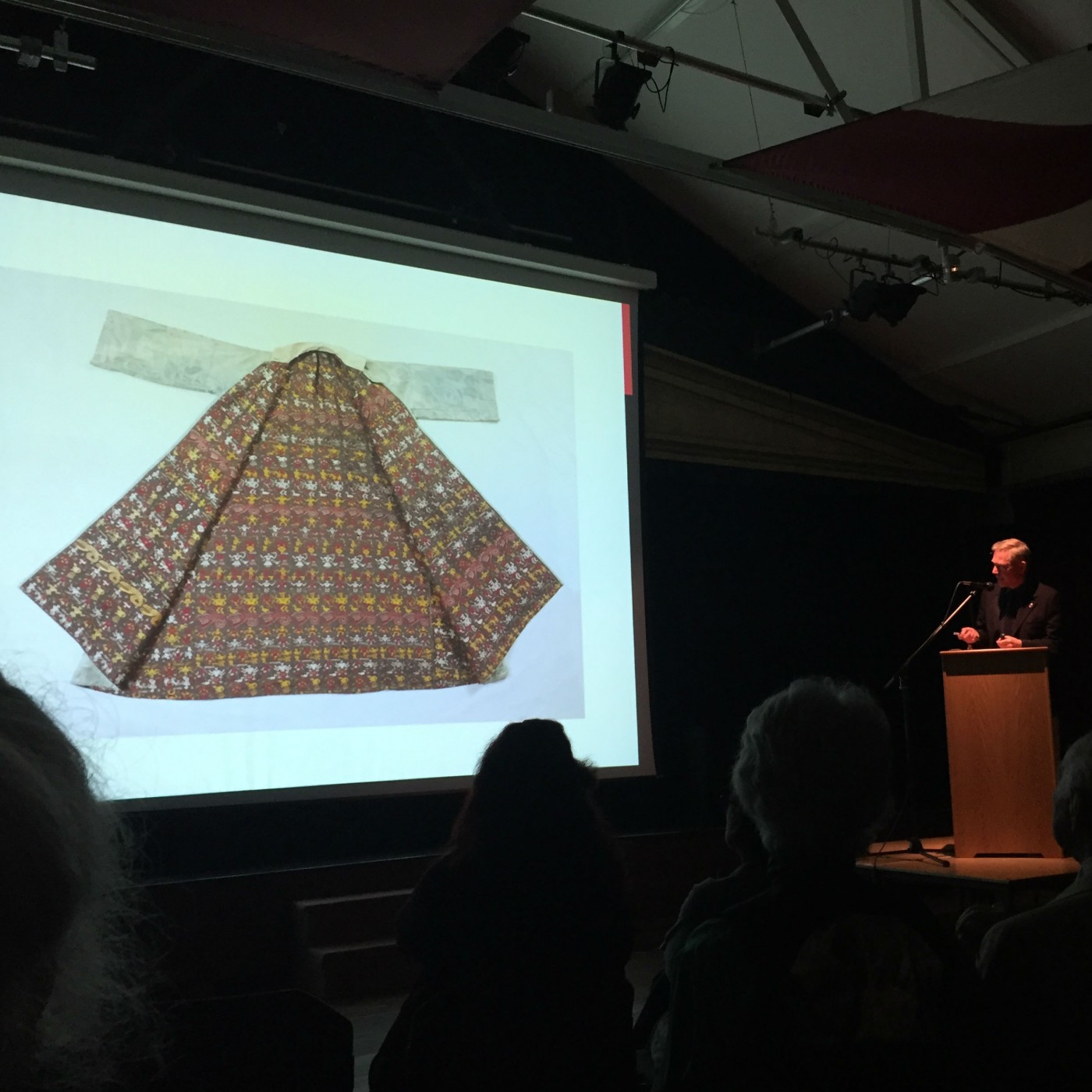 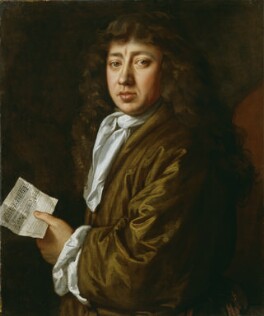 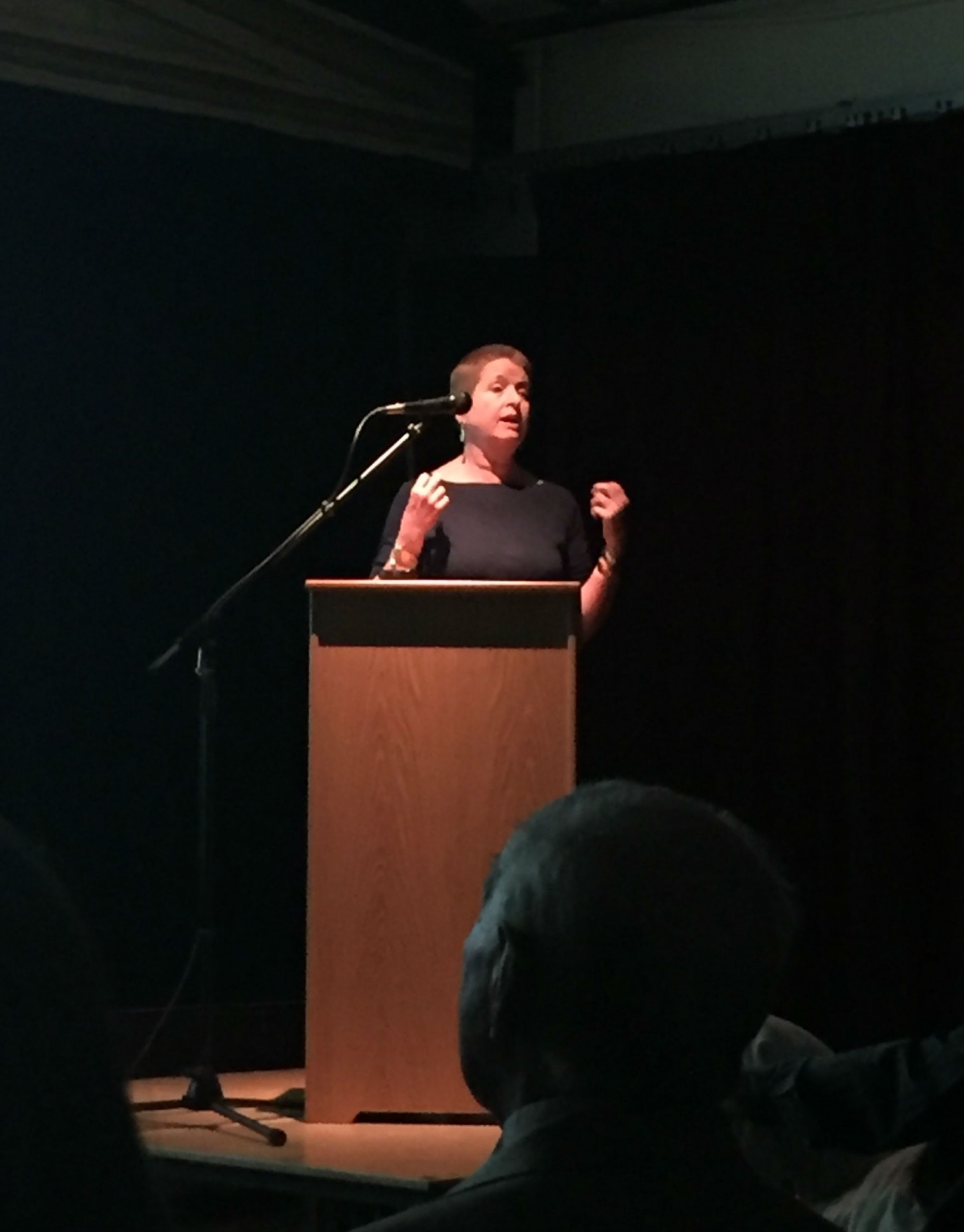