Kate Lyons talks about her work at the Welsh National Opera

I have been lucky enough to have been working as a Costume Maker for the Welsh  National Opera since I graduated in 2012. I thought I would share some of my experiences  with you, in order to give you an insight into how the opera's making wardrobe department  works.

In the wardrobe department we work on a mixture of revivals and new productions,  this means that some days we are fitting, altering and checking costumes from existing  productions; and on other days we are creating costumes from scratch. Some of the  productions in the opera's repertoire are over 40 years old or have been hired from  other opera companies from around the world. Some shows even use original garments,  some from as far back as the 19th  century; others have recreated period garments so as  to preserve the original whilst keeping its style. I find it exciting to see how some of the  costumes were made all those years ago and through minor alterations and repairs they are  still going strong. I hope that the costumes I have made whilst here will still be being used  for as long.

When a new production is being made the pattern cutters work closely with the head of  wardrobe and the designers so as to produce costumes that are both wearable and create  the desired image. At times the designer may have a definite idea of what each singer  should wear, and may have designed things with each individual in mind; other times the  designer has a selection of designs that the head of wardrobe and cutters can then allocate  to the most suitable singers. This helps to keep the performers happy and best shows off  the designer's, cutter's and maker's hard work.

As a maker I have found that the important part of creating costumes for the opera is that  they have to be built to last and be able to be easily altered in the future, especially as a  different singer may be wearing the costume the next time the show is put on stage. This  means that where possible we tend to keep on generous seam allowances, create garments  with centre back, front, or side seams, and finish off the fronts and backs separately so  that they can be quickly altered along the side seams. Like in other forms of live theatre,  I have learnt from the opera that these 'tricks of the trade' can help make a costume more  comfortable to wear. Other 'tricks' include adding in stretch panels in the sides of corsets  and bodices to allow for breathing room, using buttons and button elastics to keep skirts  and bodices from moving away from each other, and to add multiple bars on waistbands  to allow for changes in size whilst out on tour or for future performers. My favourite 'trick'  I have seen is when strong magnets have been sewn into the garments to act as back up  fastenings during quick changes, you just have to be careful that they don't get stuck to  your sewing machine!

I have learnt so much from my time at the opera and I feel I am now a much better, and  more confident costume maker, especially as I now know that if a costume or alteration is  needed with last minute notice I can cope with the pressure and get the job done. As they  say “the show must go on!” I hope that I will be able to take the skills I've learnt and my  fond memories with me into my future workplaces. 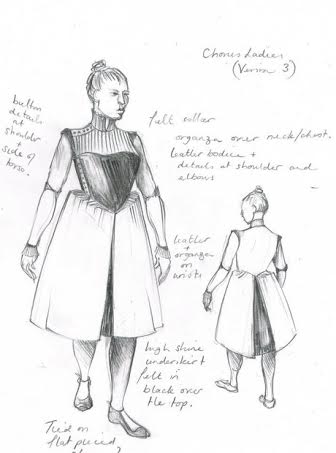 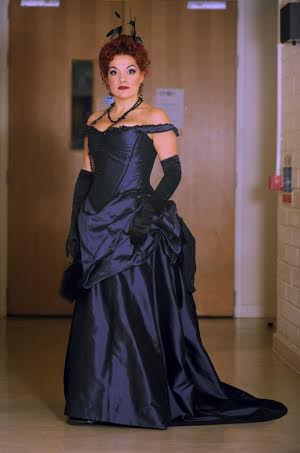