‘Hollywood Glamour: The Influence of Film Costumes on Dressmaking Patterns in the 1930s’

My Masters dissertation, ‘Hollywood Glamour: The Influence of Film Costumes on Dressmaking Patterns in the 1930s’, focused on dressmaking and the cultural influence of Hollywood on what women wore during the 1930s.

My Masters dissertation, ‘Hollywood Glamour: The Influence of Film Costumes on Dressmaking Patterns in the 1930s’, focused on dressmaking and the cultural influence of Hollywood on what women wore during the 1930s.

My thesis allowed me to research two of my passions; film costumes and dressmaking, and the way that society consumed them. I chose to focus on the 1930s because this was the decade known as the ‘Golden Age’ of Hollywood when film tie-ins and merchandising really came into their own.

I narrowed down my investigation to two films starring the actress Katharine Hepburn, who interested me due to her androgyny and wealthy background being at odds with the morals and social norms of most cinema audiences of the time. Christopher Strong (1933) and Alice Adams (1935) both featured costumes that were produced and sold as dress patterns by the Hollywood Pattern Company and Butterick Starred Patterns. By analyzing these dress patterns, and recreating the jacket from a copy of the Butterick Starred Pattern that I purchased, I discovered that women in the 1930s were much more competent sewers who had to understand a different code system for each brand of dressmaking pattern.

I visited collections and archives across the UK to try and see a wide variation of 1930s and film ephemera. I visited the Victoria and Albert Museum, the Museum of London, the Fashion Museum, Bath, the Royal Albert Memorial Museum and Killerton House to look at their collections of 1930s women’s clothing, paper patterns and magazines that showed how Hollywood permeated British fashion styles.

I began my investigations at the V&A Archive at Blythe House by researching the impact of celebrity dress by looking at the Vivien Leigh Archive. The Bill Douglas Cinema Museum Archive at Exeter University holds a treasure trove of film magazines and fan scrapbooks from the 1930s that gave me fantastic primary source evidence of adverts and film studio ‘tie-ins’ highlighting the fashion trends inspired by Hollywood films and actresses.

A main source of my research time was spent reading through first-hand accounts of 1930s fashion and dressmaking trends that are held in the Mass Observation Archive at The Keep. I was able to learn how women actually reacted to the Hollywood fashions they saw on the screen during the Depression. The online Commercial Pattern Archive from The University of Rhode Island proved to be an extremely useful database for searching similar patterns from the decade and looking at the different styles of garments that were produced for home sewers to make

Even though there is a lack of evidence for how clothing culturally influenced by Hollywood was consumed in the 1930s, it is clear through the primary archival and secondary source material that I referenced that women did aspire to the glamorous images they saw at the cinema.

The existence of dress patterns inspired by film costumes is evidence of this.

I would like to thank everyone at the Costume Society for all of their support and for awarding me the Yarwood Award which allowed me to finance research visits to collections across the UK and to engage with 1930s items.

Can the Stars Choose the Clothes 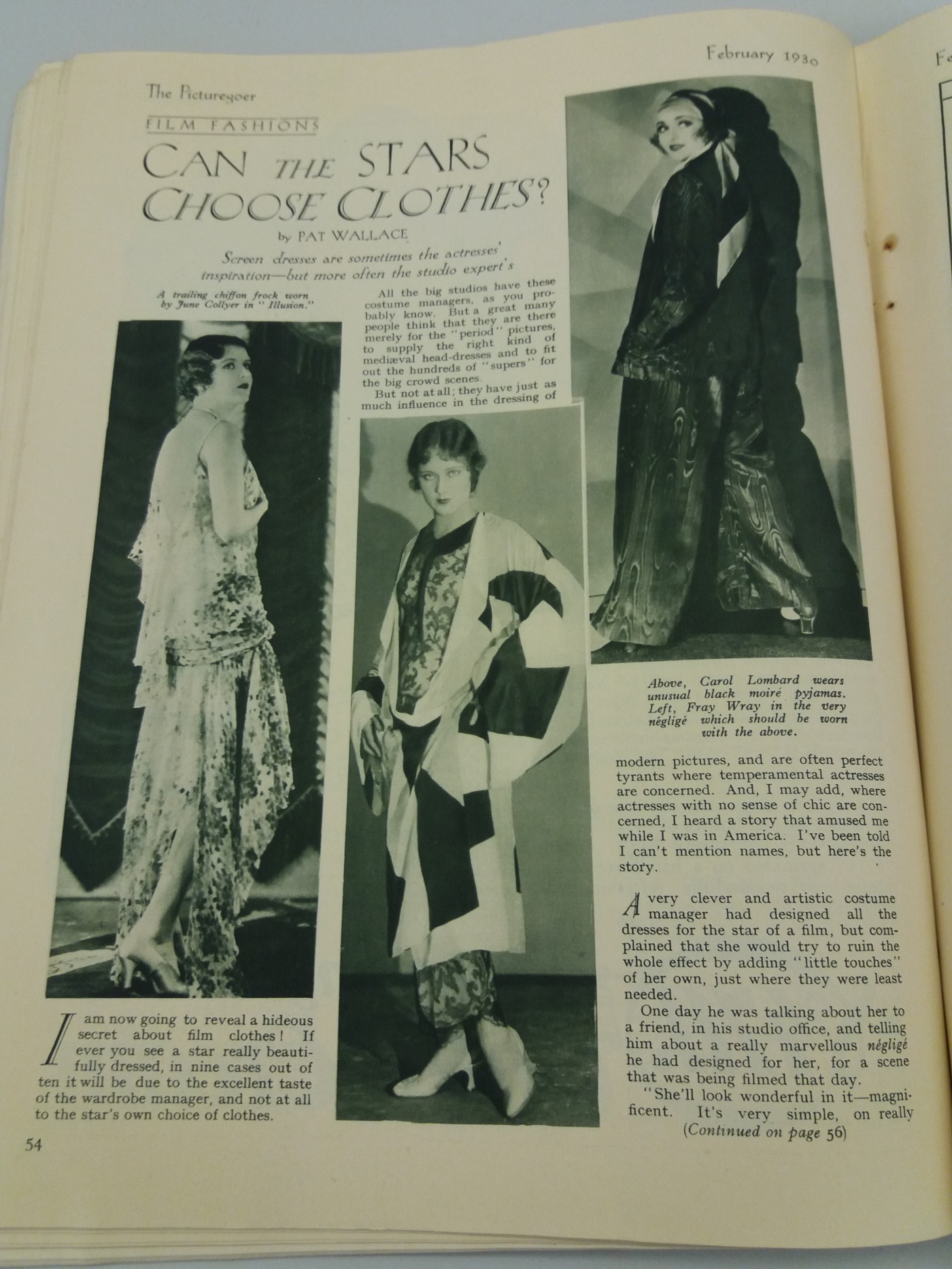 Can the Stars Choose the Clothes 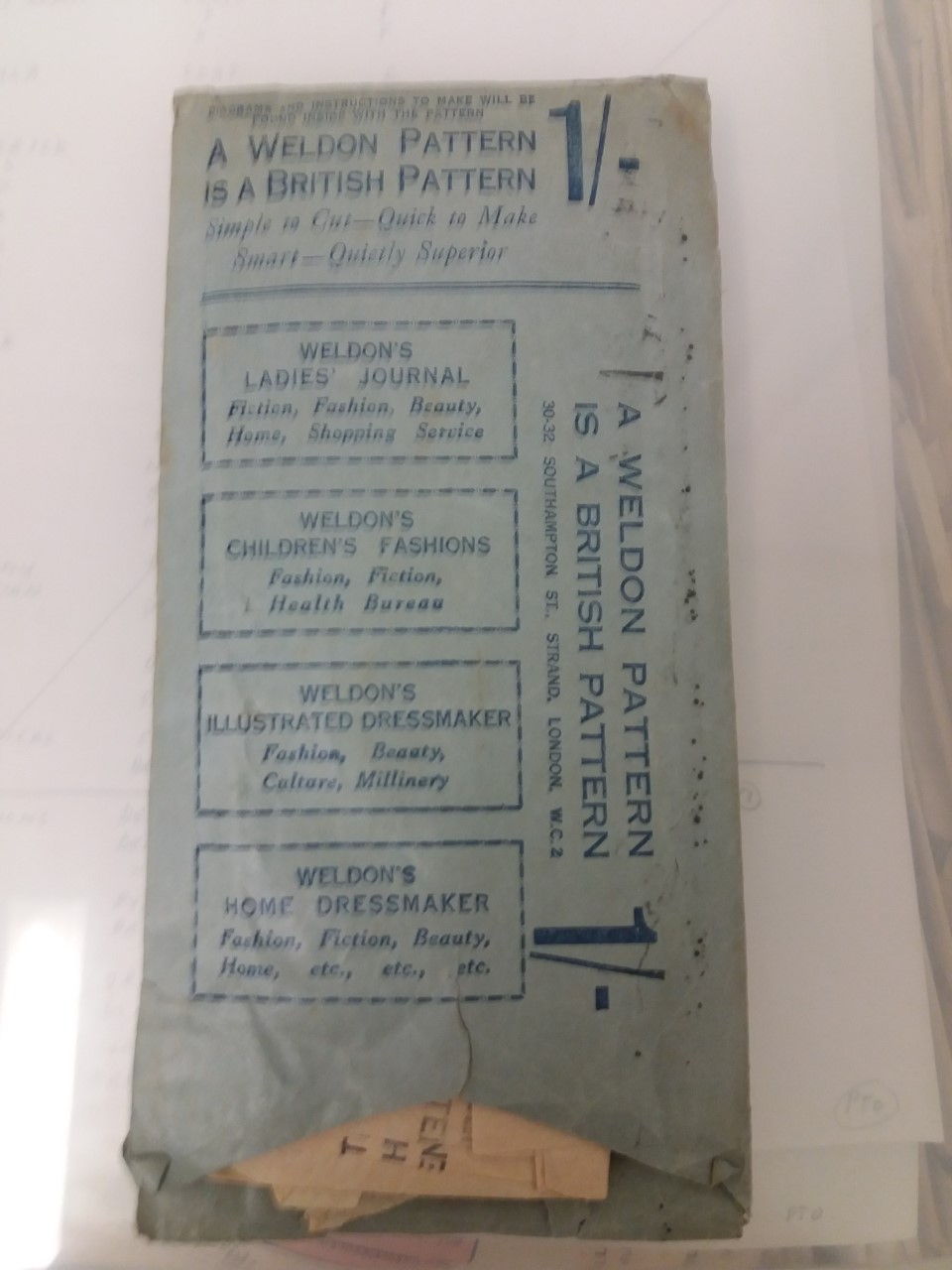