When I discovered that the Costume Society was celebrating all things menswear during 2022, my thoughts turned to a pair of films that we made during 2020 which are to be found on our YouTube channel: Chertsey Museum.

The first film focuses on a beautiful dove grey dress suit from the 1780s (image one). This piece was a particular favourite of Miss Olive Matthews, founder of the Olive Matthews Collection of dress, which is now housed at Chertsey Museum. It is in near pristine condition and features a matching coat, waistcoat and breeches. All three elements have been beautifully hand embroidered in coloured silks with flowers. Garlands of roses wind their way across pocket flaps, around collars and down jacket and waistcoat fronts. They have all been hand embroidered in tambour work, and the stitching is so even that only a highly accomplished professional embroiderer could have completed it (image two). The suit epitomises many of the fashionable features of 1780s formal men’s dress, particularly in its streamlined silhouette and high collar. The colours and style of decoration suggest that it may well have been worn by a bridegroom. 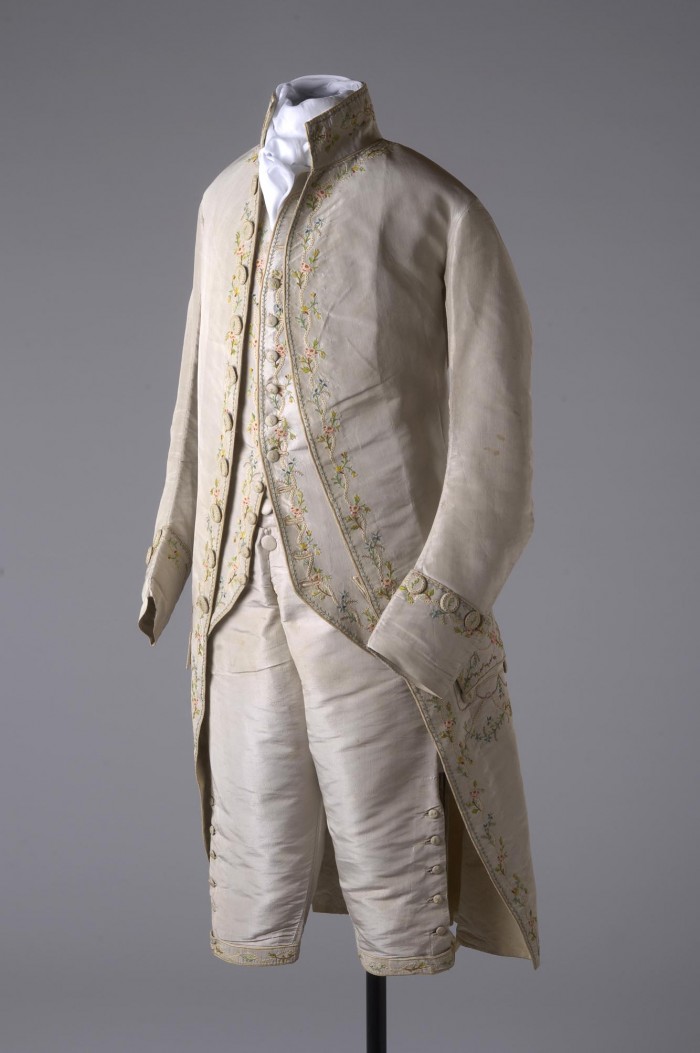 The second film looks at a man’s tailcoat from the late 1830s (image three). Produced as English tailors were really getting into their stride in terms of cut and technique, it is made from superfine wool facecloth and embellished with fine gilt brass buttons. As well as discussing the fashion context, the film explores the subtle techniques for enhancing fit and flattering the male form (image five). We also zoom in on the small details associated with finish and comfort which really mark this piece out as a high-quality bespoke garment. Whether on horseback on or foot, a man about town could really cut a dash in this beautifully tailored coat.

The dove grey suit is currently on display in Chertsey Museum’s Blooming Marvellous – Flowers in Fashion’ exhibition which runs until the 3rd September 2022. You can also access a virtual tour here: Chertsey Museum. 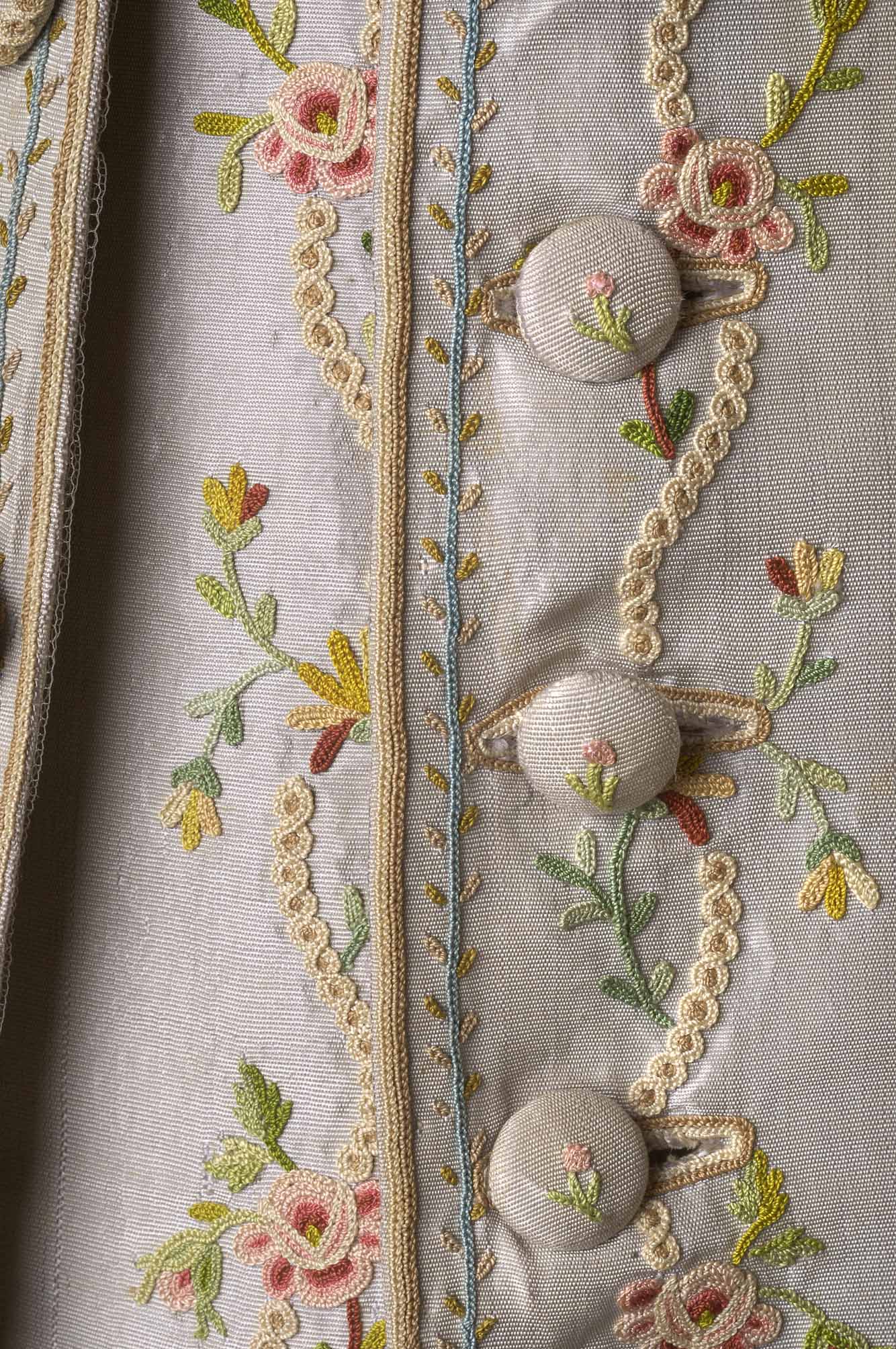 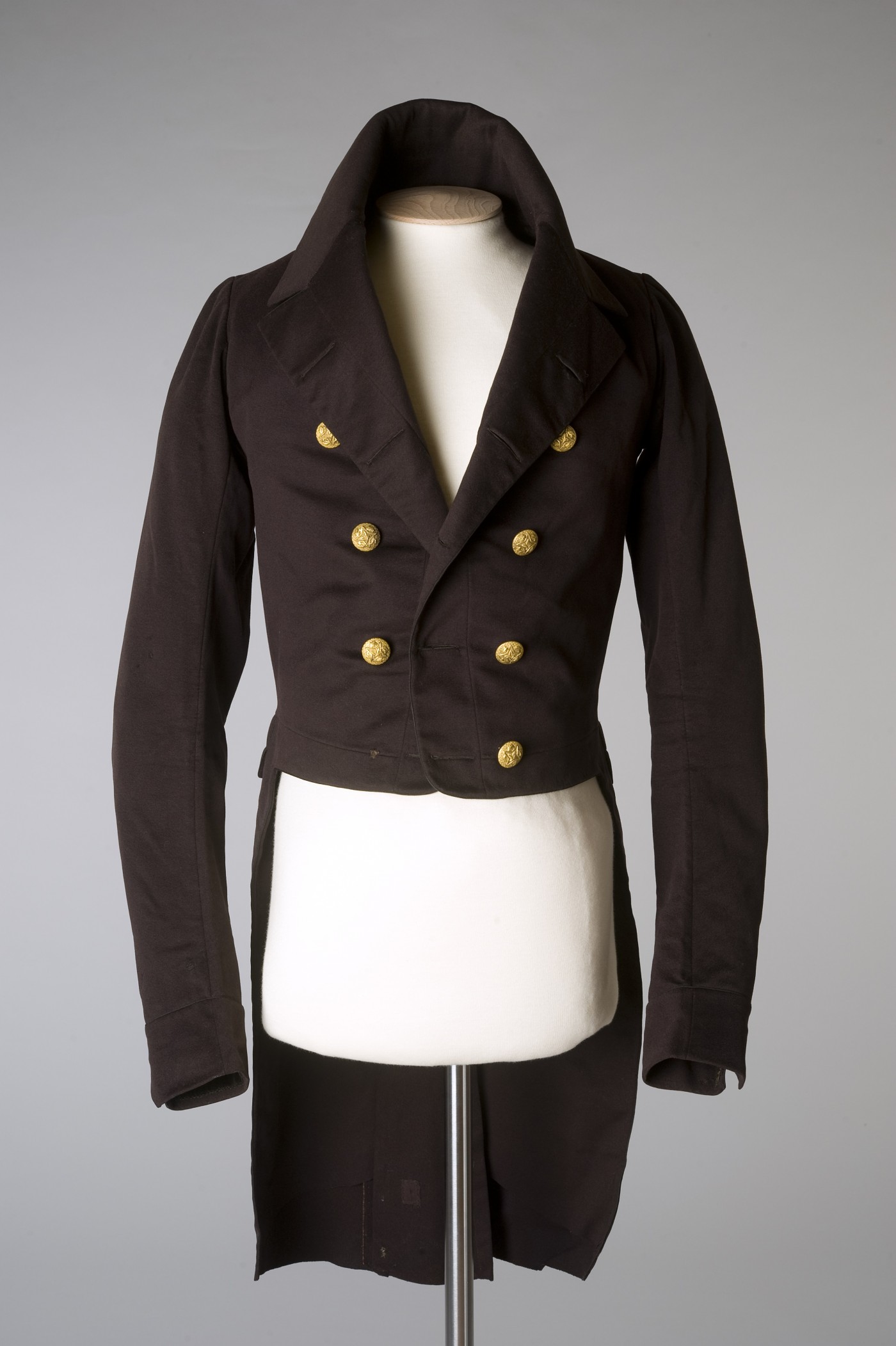 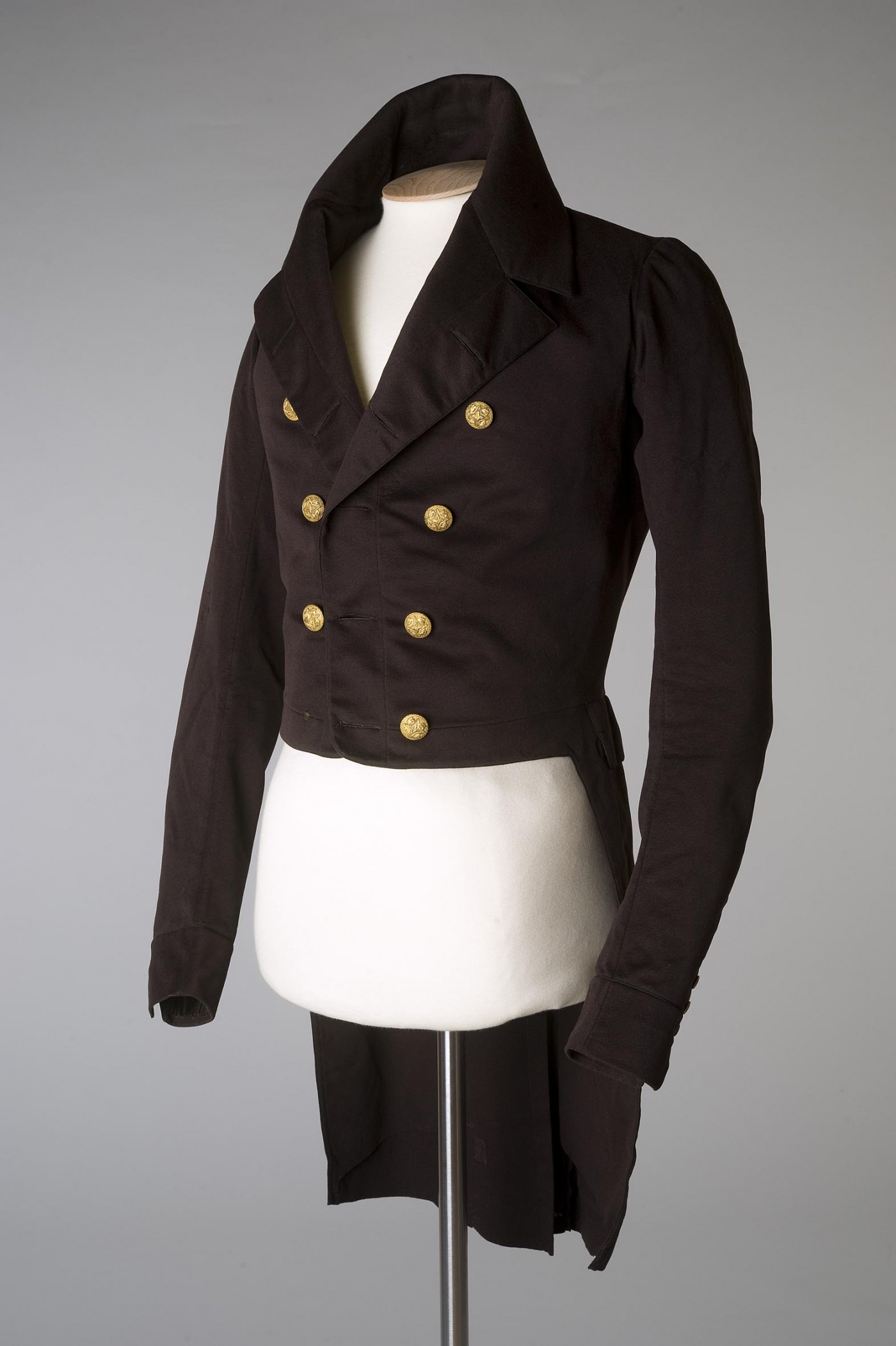 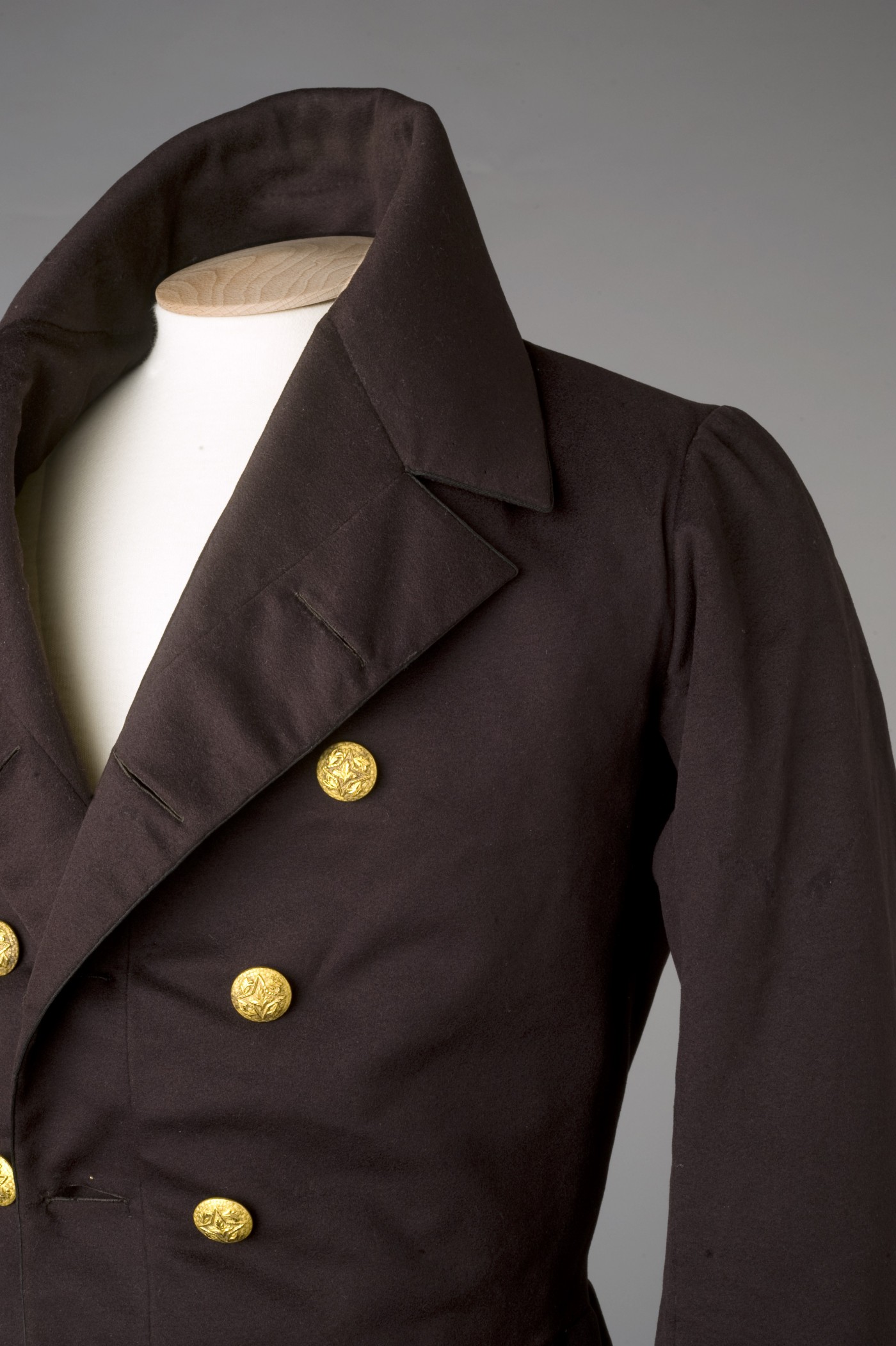