A Charles Frederick Worth Gown

Kerry Talyor shares one of her auction lots

A Charles Frederick Worth, bottle-green brocaded satin gown, circa 1890-93, woven signature label to the waist-stay, the rich, lustrous fabric woven with large black plume repeats, the bodice with low curved basque to the front and shorter tabbed panel to go over the bustle at the back, with button-fronted ivory satin faux internal waistcoat panels with lead weights, Elizabethan-style sleeves with puffs to the top and looped/slashed effect bands exposing ivory satin facings; with open-robe style trained over-skirt with concealed pocket to left hip, ivory satin lining; the inner skirt with vertical ivory satin band centre-front and starched muslin back panels, bust 99cm, 39in, waist 68cm, 27in

When Sir Marteine was just 26, his father the first Baronet, died, and he inherited the massive Bronwydd estate in Cardiganshire, Wales. However, it came with a sting in the tail – a massive inheritance tax debt which totalled £100,000 in 1877, the equivalent of many millions of pounds today.

Katherine had married Sir Marteine just a year earlier. From the size of the dress we can deduce that she was an unusually tall, statuesque woman (approx. 6ft tall), but with a slim, curvaceous figure.  In the late 19th century women were generally much smaller in height and build and Lady Lloyd must have literally stood out from the crowd.

Lady Katherine would have been around 40 years of age when this expensive dress was commissioned and she seems to have been un-dettered by the family debts. Sir Marteine held an important position in Welsh society, being a major landowner, JP, Master of Hounds and in 1881was created Sheriff of the County. She would have needed to dress to reflect this position and her choice of clothes was thus important.

The skirt with it’s simple conical shape, trained hem, gathered fullness at the rear waist to go over the bustle frame were very up to the minute in the 1890s- the 1880s being characterised by more draped and pleated lines. The satin inner skirt has an integral starched muslin backing with ties to hold a bustle frame in place.

The long jacket-like bodice shape however is more redolent of the 1880s and so perhaps the mature Lady Katherine preferred a slightly more conventional design, rather than choosing the new, shorter waist-level bodice. The inside front opening has faux ivory waistcoat panels with large lead weights at the hem to keep it in place. The goffered ivory chiffon infill was also very typical of the early 1890s and abound on tea gowns and bodices alike. A Worth dress with Elizabethan inspired sleeves and faux waistcoat panels appeared on the cover of Harper's Bazaar in 1892. Mrs Astor was painted in a 17th century inspired dress by Worth, with basqued bodice and open-robe style skirt in 1890.

British born Charles Frederick Worth (1825-1895) became the leading French fashion designer of his day. He is often alluded to as the ‘father of haute couture’ being the first to use designer labels in his clothes. By the early 1890s when this dress was made, he was coming to the end of his working career which had seen him dress all the major female crowned heads of Europe, European aristocracy and rich American clients.  Patronised by Empress Eugenie, (the beautiful wife of Naplolean III) Worth held an unrivalled and pre-eminent place in the Paris fashion world. As a young man having worked for textile merchants in both London and Paris he had a thorough working knowledge and passion for fabrics and these always play a major role in his clothes. He favoured cut velvets, figured silks, brocades and satins with strong, large scale repeats. The lustrous deep green satin with jacquard woven black feather repeats used in this gown is typical of his oeuvre. The use of historical references in his clothes is another Worth signature-style as illustrated by the sleeve treatment in this dress. He was fascinated by historic portraiture and spent many hours studying them in the National Portrait Gallery in London.

Worth saw himself as an artist and wore a beret and painter’s smock in his studio. Visiting him in Paris must have been something of an experience. He liked to drink a flagon of bull’s blood every morning (freshly taken to him from the local slaughter-house) as he believed it increased his creative powers!

Bronwydd Castle, the family seat is today just a picturesque ruin. The family’s financial affairs deteriorated further after the Great War.  Although Sir Marteine did his best to pay off the family debts, in a misguided attempt to avoid even further taxes he transferred the estate to his only son (b.1890), shortly before the latter’s tragic death in the Battle of the Somme in 1916. The Baronetage became extinct upon Sir Marteine’s death, and Lady Lloyd died in 1937. The dress was gifted by Lady Lloyd to a family retainer and is in remarkably fresh condition.

This beautiful piece will be in Kerry Taylors' upcoming auction on 24th June  http://kerrytaylorauctions.com/ 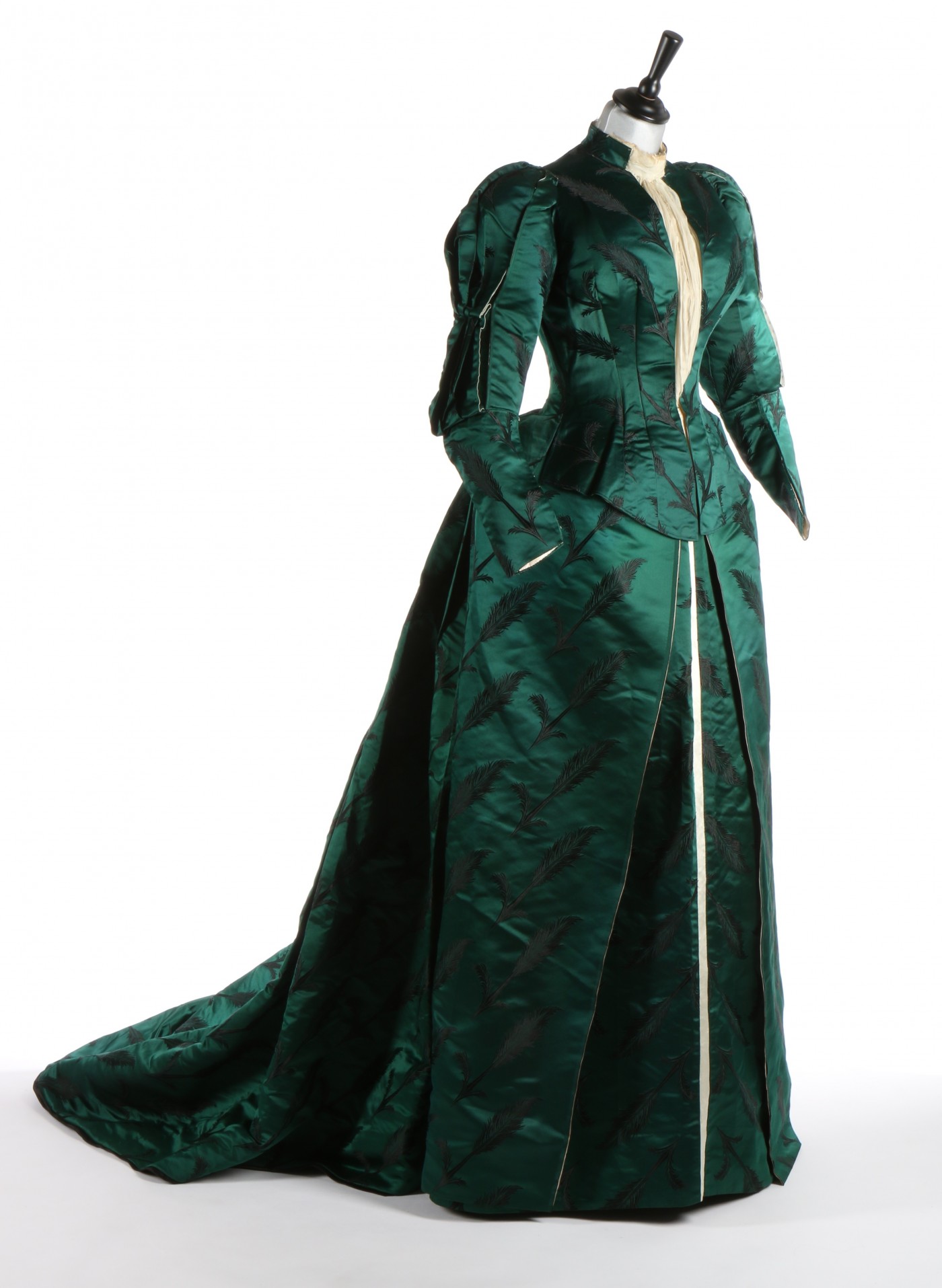 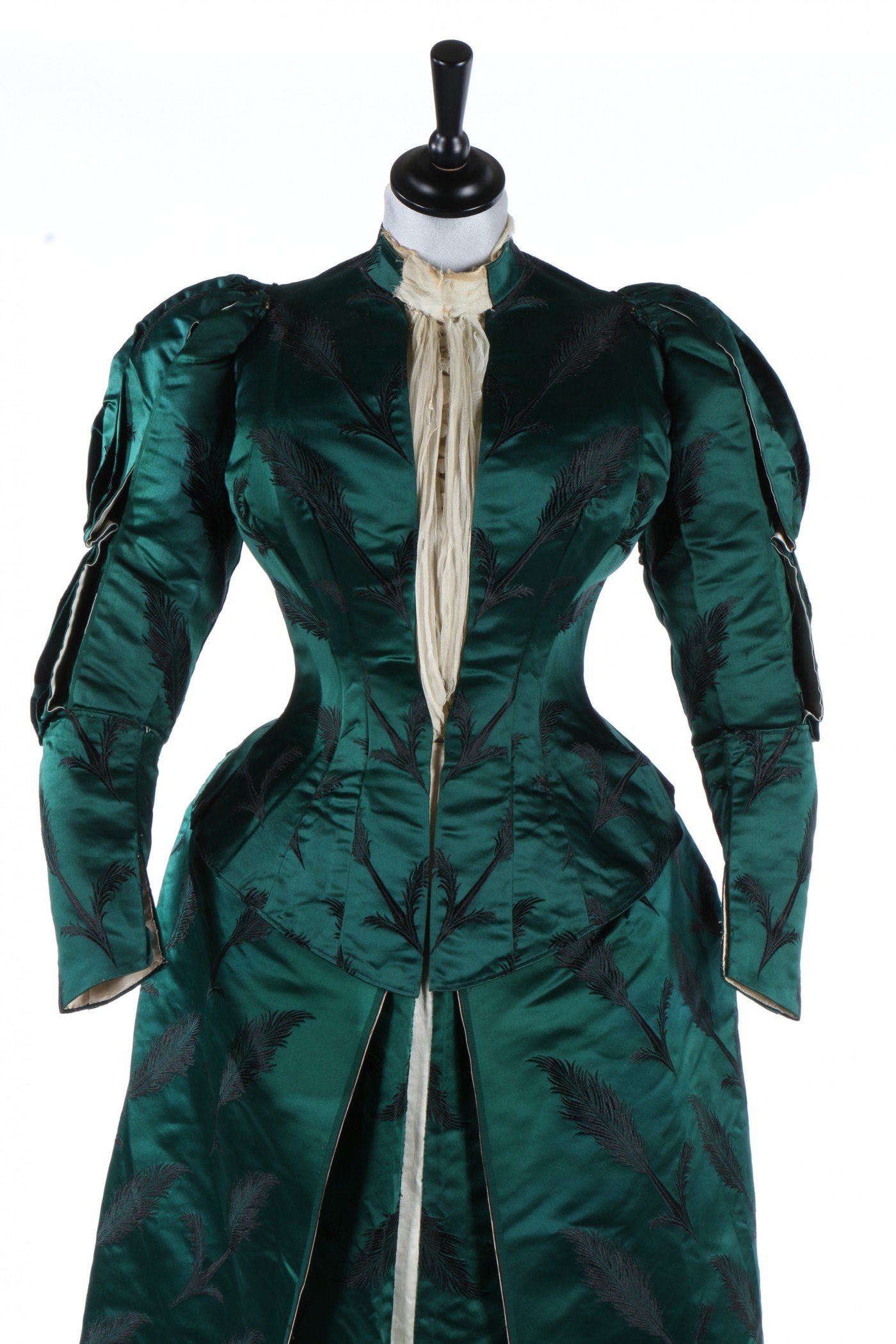 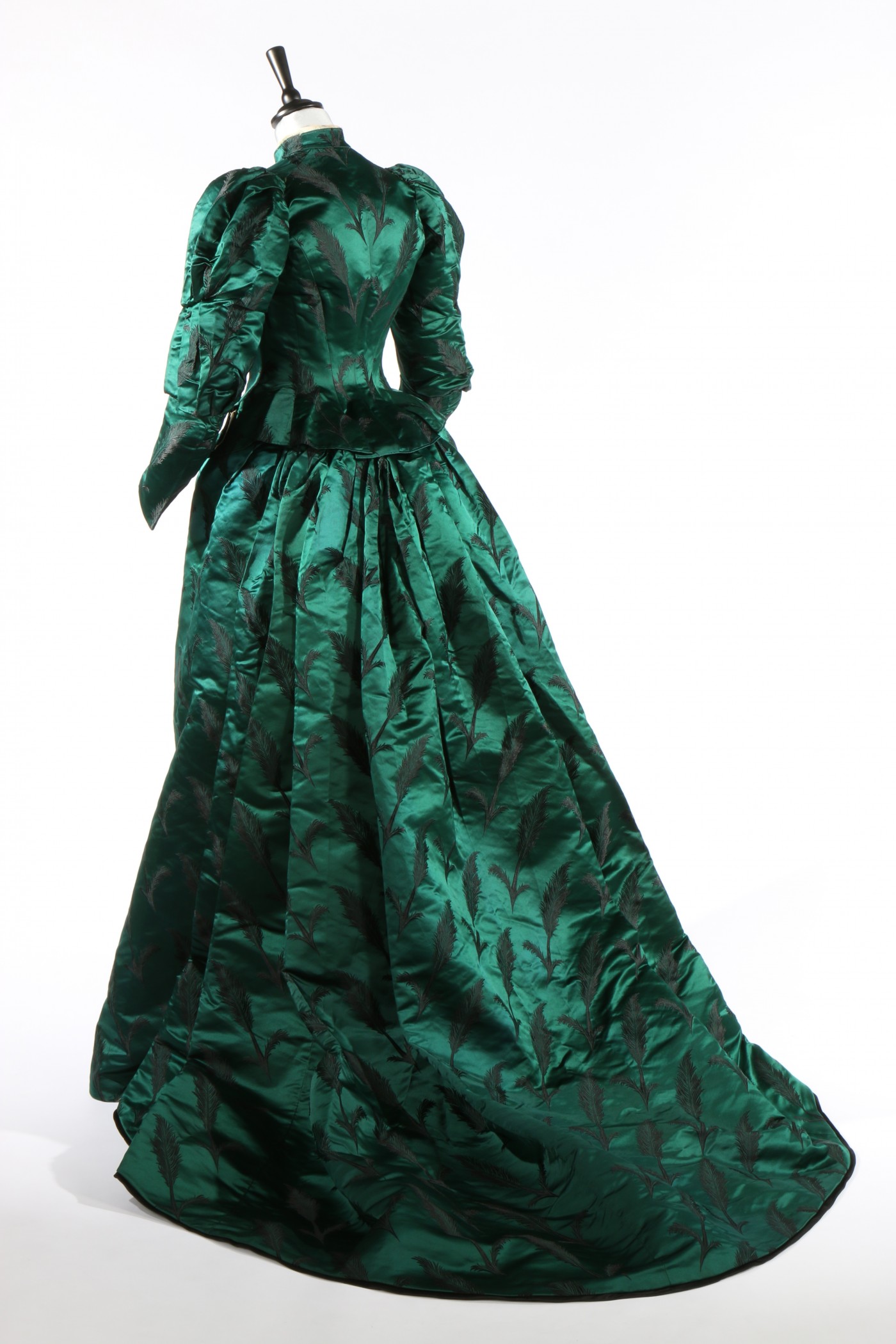 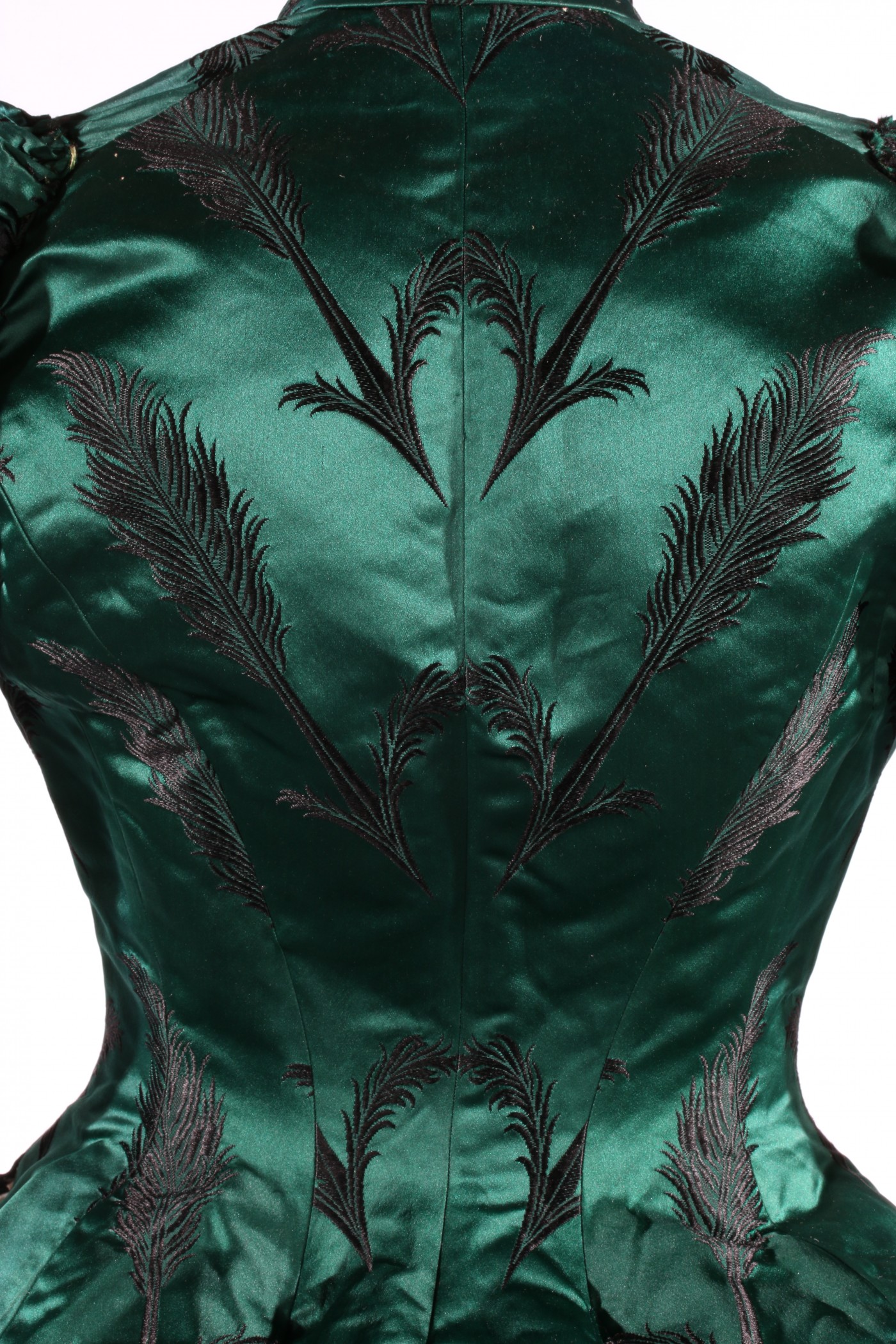