In this week's blog, CS Ambassador, Aimee Palmer, offers an insight into the aprons housed at the Ulster Folk Museum.

Before lockdown, I was a volunteer for the National Museums Northern Ireland (NMNI) at the Ulster Folk Museum in their textile department. One of the projects I was working on before the pandemic took over was assisting in photographing and archiving some of the museum's apron collection. For such a modest garment that many make as a beginner learning to sew, it is such a diverse piece of cloth that serves many different purposes. There are various styles including the bib fronted, waist, crossover and the overall apron. From daily life to workwear, the Ulster Folk Museum has over 120 examples of all these styles. The linen apron was commonly used for mill life to protect the employee's clothes as they worked. There is a long tradition of aprons being linked to craftspeople as the crossover apron was often used in the production line in stitching factories. The aprons used in these industries were quite plain and were patched up and mended when they were worn through, which was similar to the blue checked apron which was used commonly in rural life. 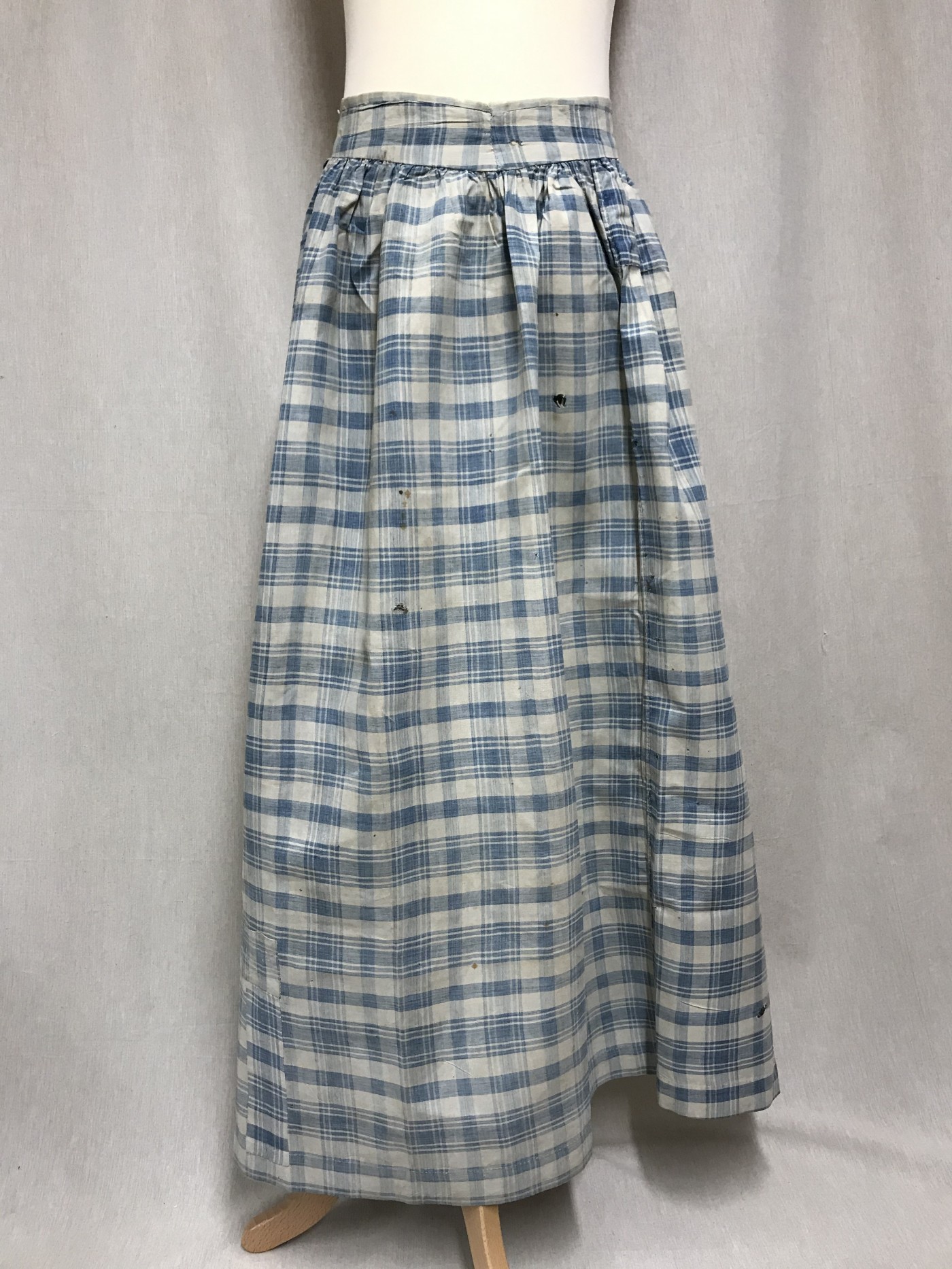 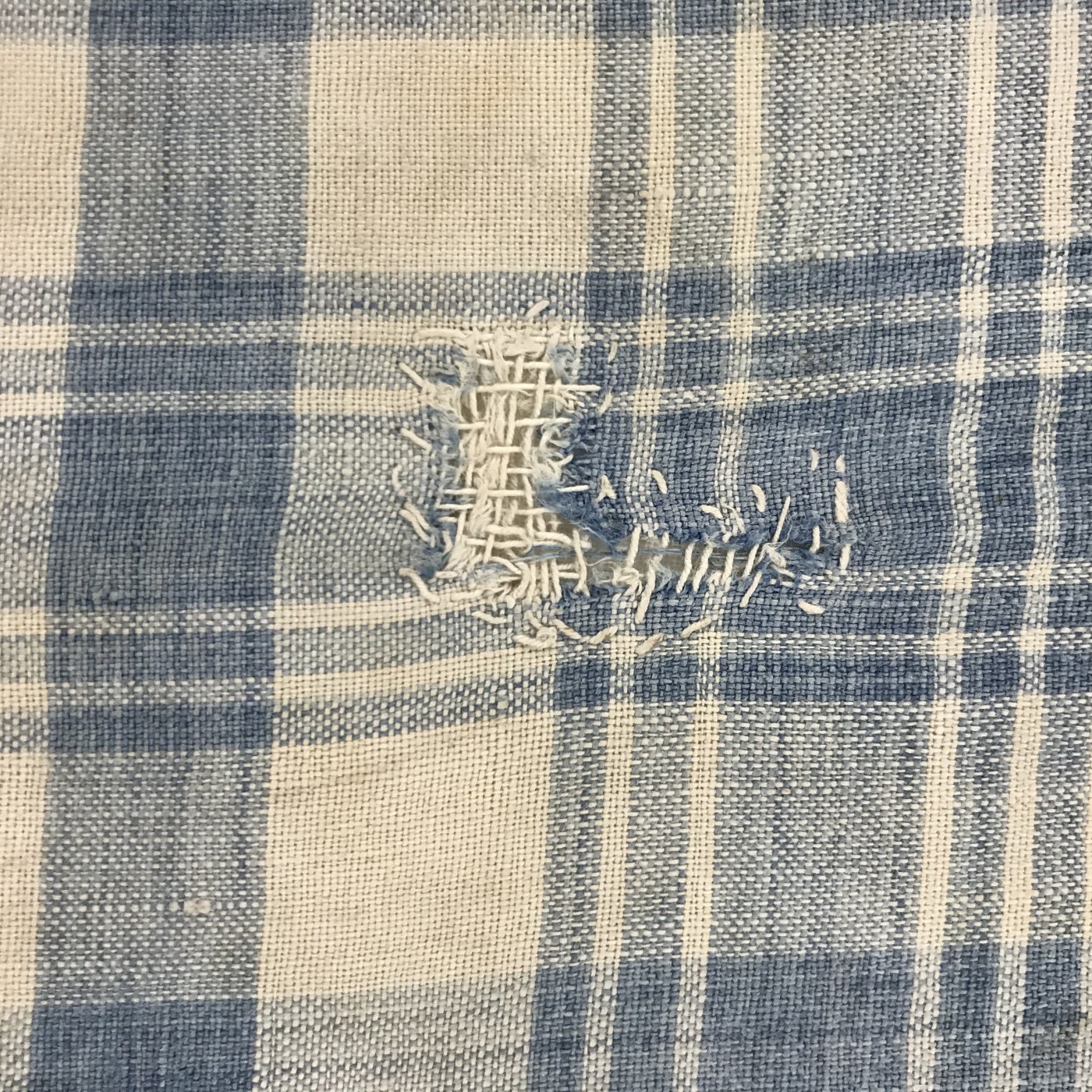 The next aprons I worked with were from the 1930s-1970s and they were quite a bit different to the well-worn and mended workwear ones. They were bright, colourful and mass-produced for everyday wear. Their beautiful bold prints with eye-catching prints were designed to be the perfect accessory for 'housewives' of that time (figure 3).  All of the apron's within the UFM collection have their own unique charm, but my favourites had to be the needlework /embroidered apron's (figure 4). The tiny details were beautiful, so much time and effort had gone into creating these wondering works of art that were worn daily. Some of these aprons could be described as 'Sunday best' apron's as they could be seen more as decorative rather than practical. Even though some of these aprons are dated from 1880- 1900, they have a very contemporary feel and wouldn't look out of place today.

I'm really looking forward to returning to the museum when it reopens and continuing with my volunteering in their textile collections. 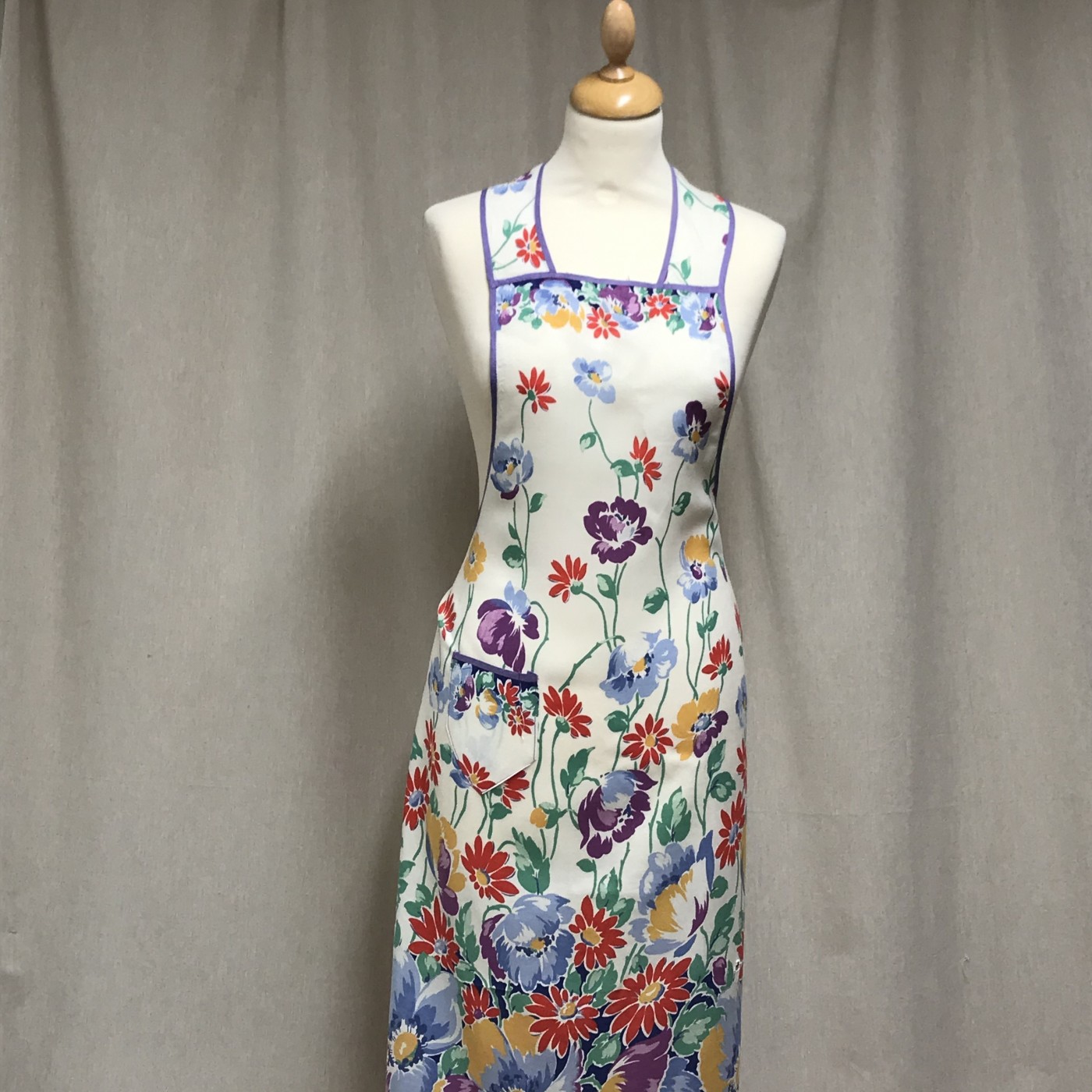 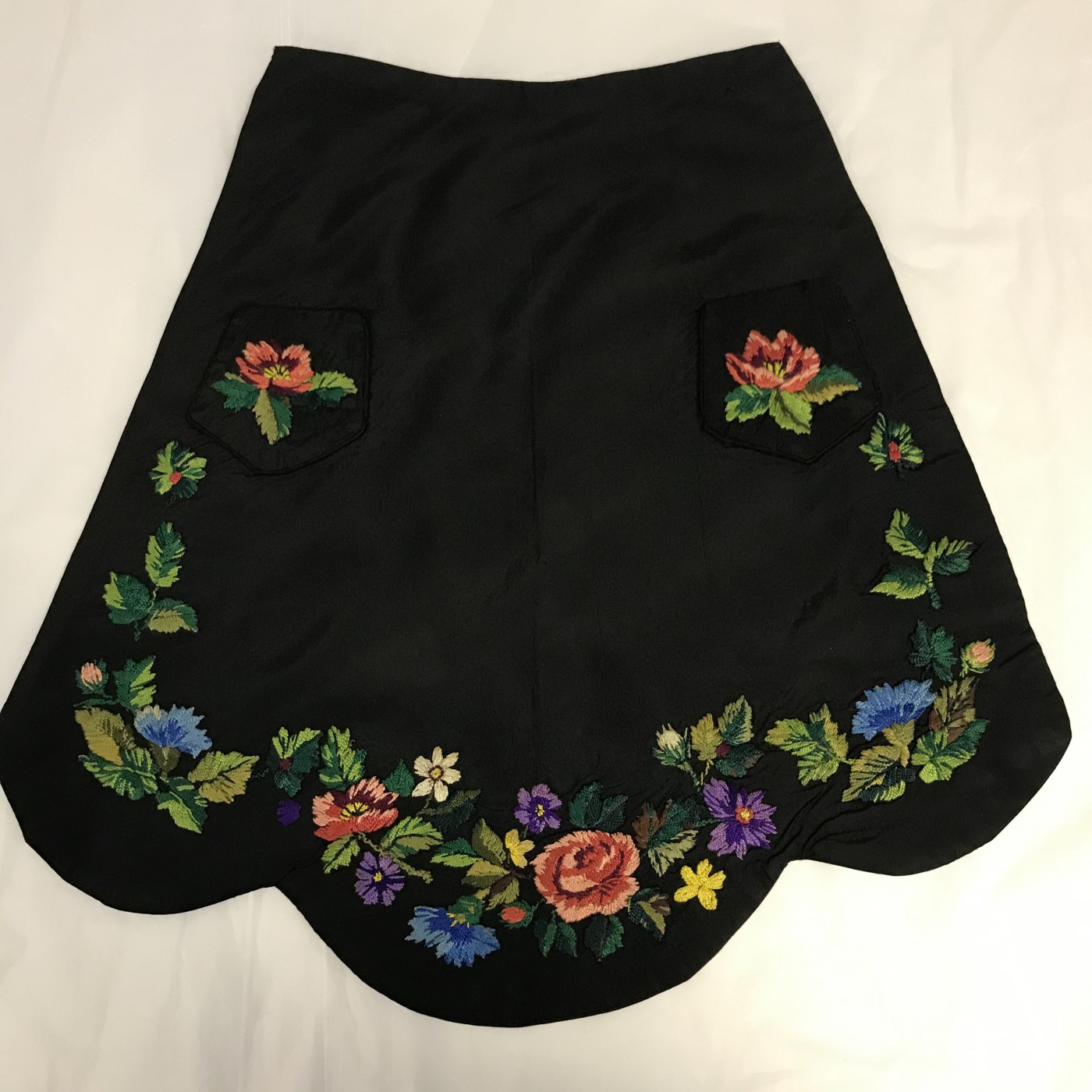