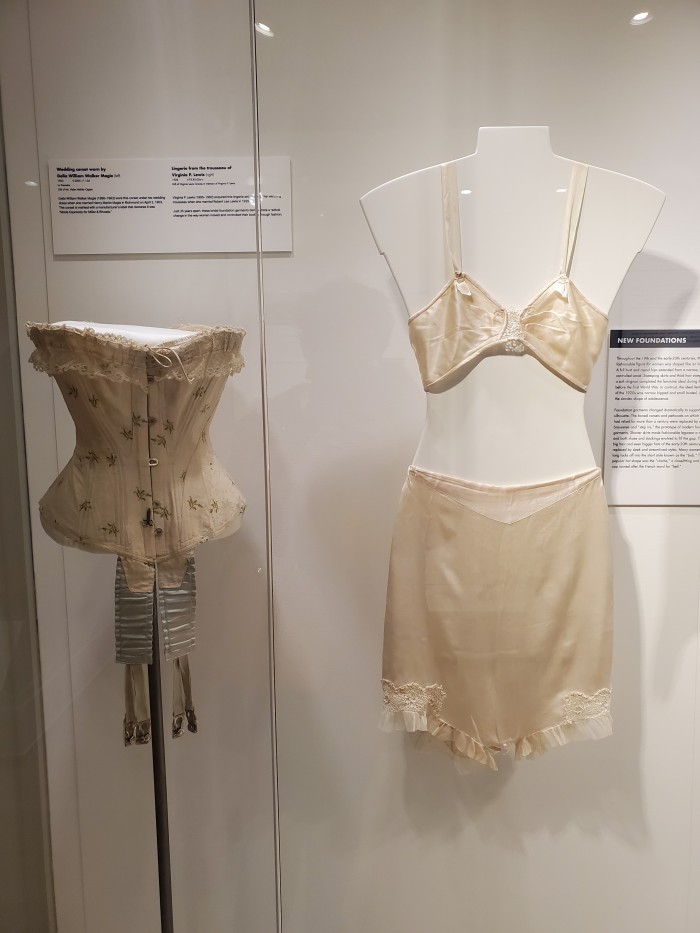 'Ain't Misbehavin': 1920s Richmond' at The Valentine Museum celebrates the centennial of the roaring twenties, a period of change in America with shorter hemlines, women's suffrage, jazz music, and urban expansion. Focusing on areas of change in American life, from sports and entertainment to the workplace, the exhibition uses clothing and objects to convey a time of significant change. The undergarments of two separate women are shown in the beginning, twenty-five years apart and vastly different. Organised into sections based on events where clothing was worn for example leisure and education, and sub organised into dress fads for example La Garçonne and art embroidery, serve to parse out the period for the viewer, creating visual tidbits rather than an overarching narrative. There is no distinct timeline, only style and topic subsections and explanations of where such dress was popular.

If there was a narrative for the exhibit, it would be culture and clothing. The exhibition blends entertainment forms with clothes. The rise of Hollywood is apparent through the specific ties to film. The opening of Richmond film palaces opens the exhibit, and Charlie Chaplin's shorts, and other films such as Flaming Youth, are used to lead the viewer into each new subject. While not present in every section of the exhibit, there is an understanding that entertainment and mass media were impactful on the styles and changes present in dress. 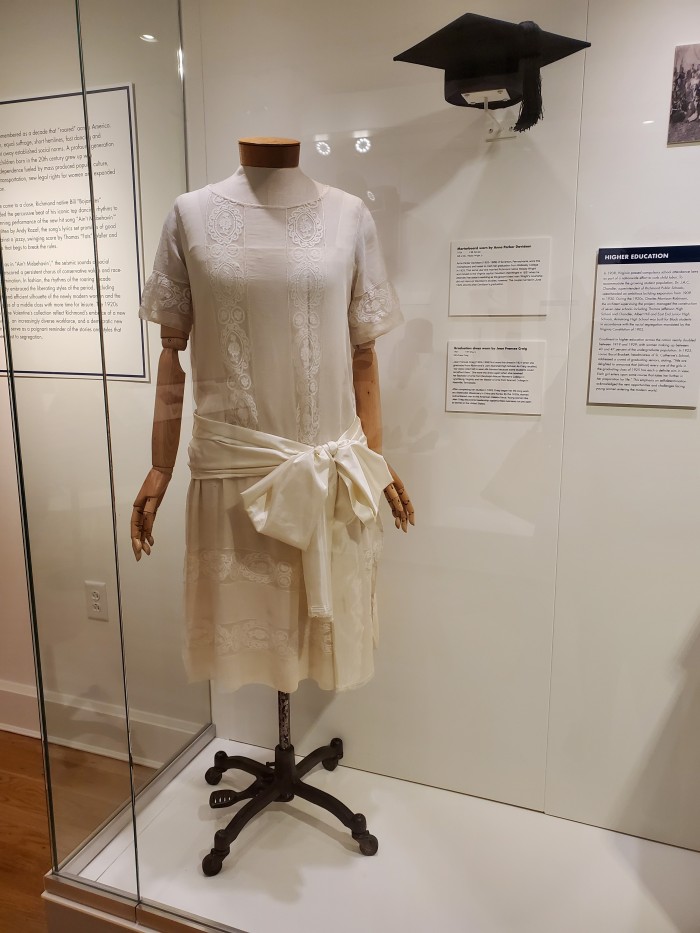 The comparatively conservative city of Richmond in the American South is used as the case study to examine the seismic social shifts occurring all over America in the 1920s. Richmond has been home to many influential families and businesses as the capital of Virginia and a historically prominent financial and industrial centre in the south. The Valentine collection reveals the influence and history of the city but overrepresents the wealthy American of the period. Impressive women of the period are noted, such as Jean Francis Craig. As a well-educated woman with a bachelor's and master's degree, she eventually became a Methodist missionary in Korea and China.

While admirable, the series of women discussed are not standard for the time. The entree into the workforce is discussed as a sudden reality rather than a continuous change. The focus on education and the workplace is limited, and the figures chosen are special cases. In a period where suffrage was new and women were increasing in schools and the workplace, there is no nuance to the slow integration into these areas or the speciality and status of those figures. The presence of progress is revealed through new garments and fads not easily accessible to the average American. 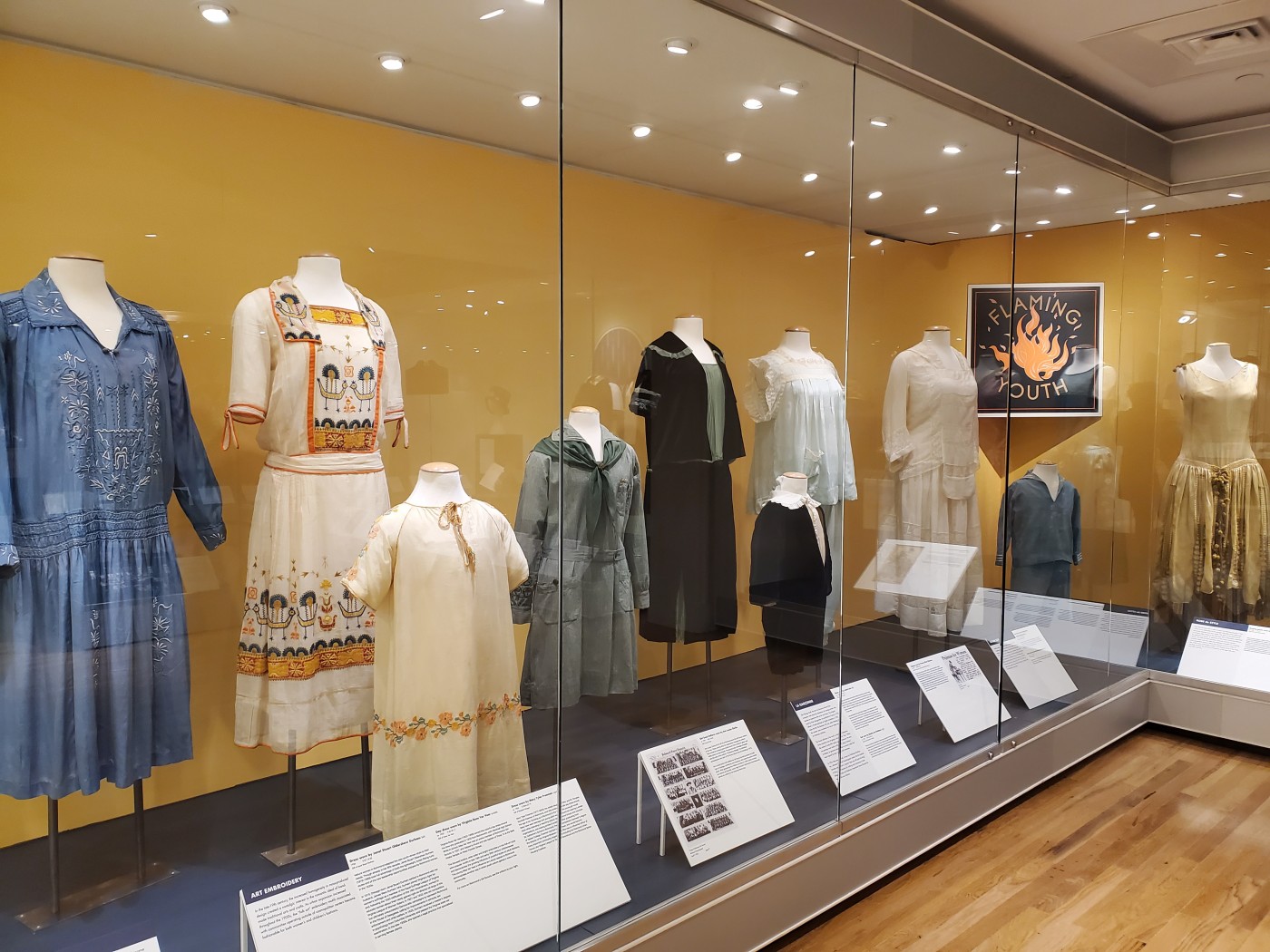 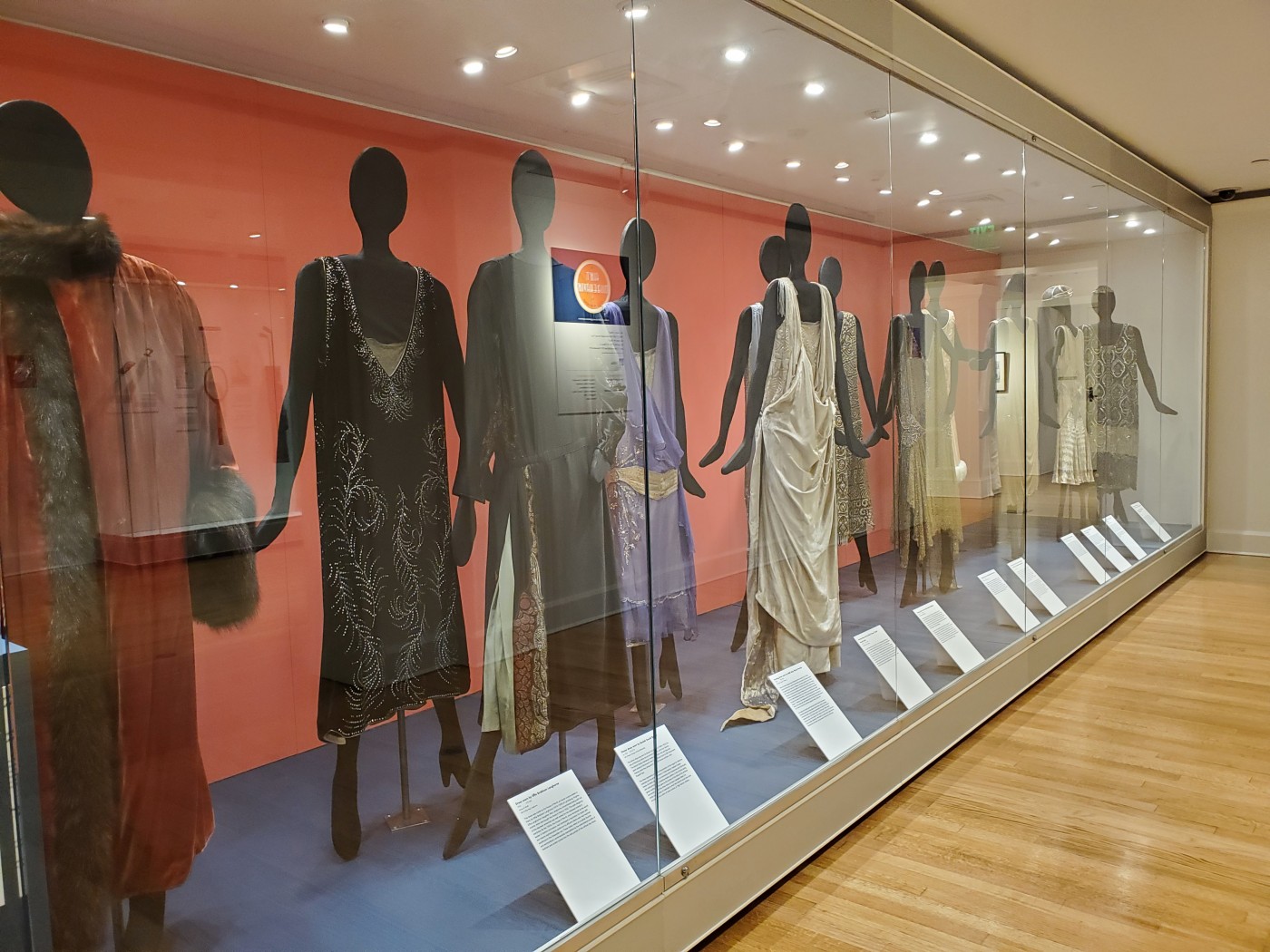 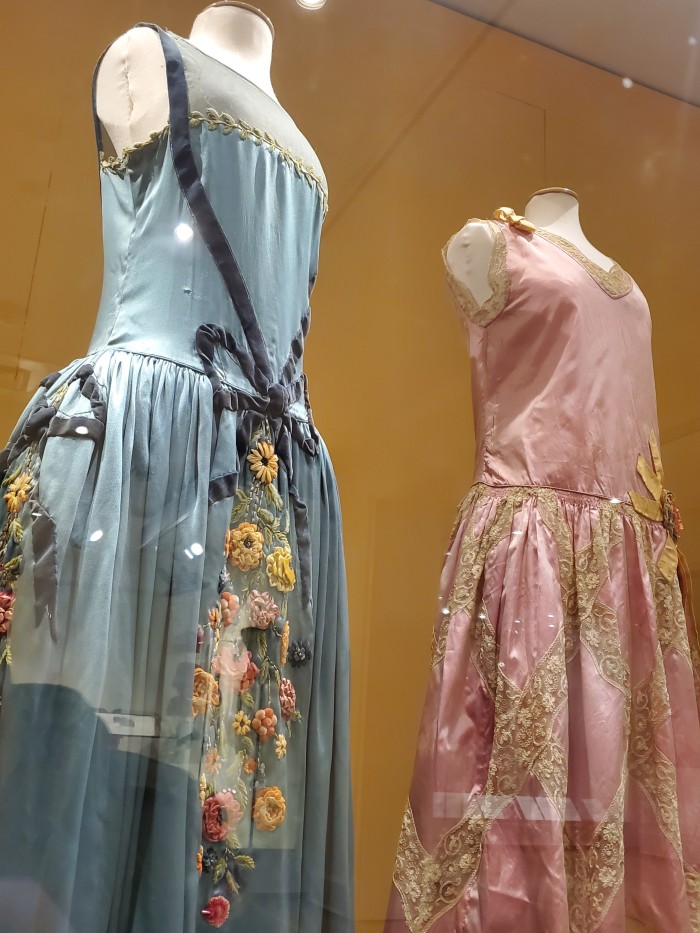 The area where the exhibition truly shines is in its inclusion of the different styles of the period which emphasises fashions as a means of self-expression during the period.  The basis for the styles and their examples in Richmond highlight specific individuals and their presence in Richmond society, including Maggie Walker and show the local and global influence of fashion. The Valentine, as always, has a large collection of good quality and detailed work. An impressive series of garments are displayed, but there simply was too much to exhibit in a decade of such immense change with the limited space allowed.