Pink’s Rise to Prominence in the 18th Century

Ambassador Francesca Scantlebury traces the history of the colour pink in fashion in the run up to Dr. Valerie Steele’s latest book ‘Pink: The History of a Punk, Pretty, Powerful Colour’.

The colour pink can be considered a relatively new phenomenon in the realm of fashion. Before the late 17 th  century the colour pink, as we now define the shade, was often ignored in favour of darker shades of red such as crimson and there was no word in the English language to properly describe or refer to the hue. The Latin adjective ‘ roseus ’ , predecessor to the French ‘ rose ’ ,  had originally meant bright or very beautiful red. Yet in the 18 th  century pink rose to prominence and became one of the most fashionable colours used in clothing over the period.

The reason for this previous lack of interest in pink is debatable. One theory suggests that as pink is less commonly found in nature, as opposed to say, blue, it was more likely to have been ignored by artists. Michel Pastoureau in his studies on colour suggests that, while darker shades were more representative of the previous tumultuous century, lighter shades were to dominate the more prosperous 1700s. Improvements to everyday life, the time of the Enlightenment, and advancements in chemical colorants all contributed to the emergence of pink, with the colour characterising this new flourishing and affluent century.

From the middle of the century onwards pink clothing took off, especially among the upper classes. Many looked to distinguish themselves from the middle classes through wearing the latest colour innovations. Famous figures such as Louis XV’s celebrated mistress Madame de Pompadour popularised the colour further. In this portrait Madame de Pompadour has been portrayed pairing pink with another very fashionable colour of the period, blue.

Pink was not originally associated with a particular gender and throughout the 18 th  century pink was worn by men and women alike. This pictoral example of the young Earl of Lincoln shows him taking a liking for pink to the extreme, wearing a salmon-pink shade from head to toe. Although his costume is emulating 17 th  century Van Dyck style, the pink satin very much places the painting and his clothing in the 18 th  century. The fashion for pink as the dominant colour in clothing as well as in decoration can also be seen in this sack-back gown from the collection of Glasgow Museums. Dated to 1770-1774, the garment is pink all-over and, with the exception of the stomacher, has been woven with narrow warp stripes and small white flowers as added adornment to the dress.

Nearing the end of the century we also start to see the colour pink being used in publications. In a 1790 edition of the ‘Lady’s Magazine’ pink is used to describe the colour of part of the Duchess of Rutland’s clothing worn for a court celebration of the Queen’s birthday. On this occasion the Duchess wore ‘a crape drapery on the top of her petticoat, and a second of point lace, lined with pink satin, and edged up with a wreath of large pink and black roses.’ (1)

For anyone interested in finding out more about the colour from the 18 th  century to the present day, curator and director of the Fashion Institute of Technology, Dr. Valerie Steele ’s latest book exploring the cultural history of pink will be published in the autumn of this year. Available for pre-order now, the title is ‘Pink: The History of a Punk, Pretty, Powerful Colour’ .

1.   The New Lady's Magazine: Or, Polite and Entertaining Companion for the Fair Sex: Entirely Devoted to Their Use and Amusement. Volume 5 . (London: Alex Hogg, 1790) 53. https://books.google.co.uk/booksid=VHpPAQAAMAAJ&printsec=frontcover#v=onepage&q&f=false

Evans, Gavin. The Story of Colour: An Exploration of the Hidden Messages of the Spectrum . Great Britain: Michael O’Mara Books Ltd, 2017. 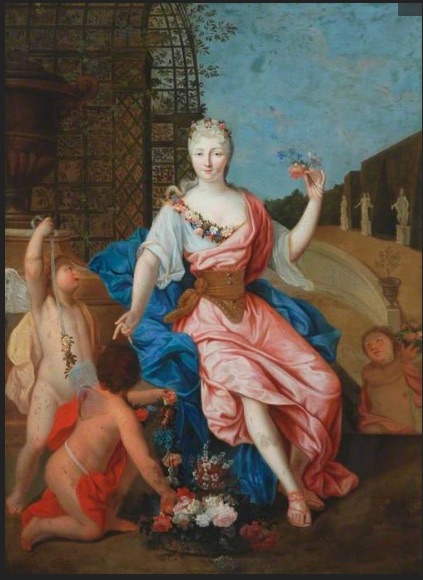 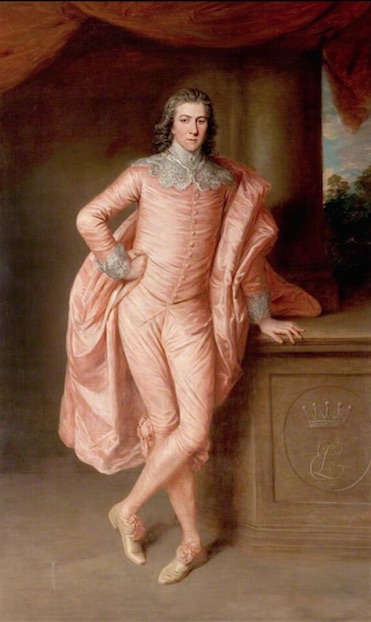 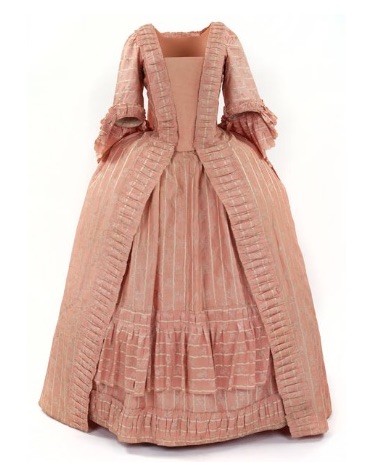