‘Pre-Raphelites and the Arts and Craft Movement’ conference 2019

CS Ambassador Beth Graham shares highlights from day two of our 'Pre-Raphelites and the Arts and Craft Movement' conference, 2019.

The Union was founded in July 1890 by Dr Sophie Bryant with the first issue of Aglaia, the Union’s journal, being published in 1893. Whilst only three issues are believed to have been released between 1893-4 (funding is believed to be the reason behind its short life), one can track through its writings how the Union defined their manifesto and honed their ambition to change the way we dress. The journal featured articles by prominent figures of the Artistic Dress movement such as Henry Holliday, G F Watts and Walter Crane and discussed subjects including different types of Artistic Dress, how to best dress your children, and ruminations on the direction of the evolution of fashion.

Whilst it was short-lived (despite a brief revival as The Dress Review in 1902), Aglaia continues to be a vital record of The Healthy and Artistic Dress Union and the Artistic Dress movement in general. It serves as a document of the ambition of the group whilst summarising the debates of the previous three decades on the future of dress.

The second talk of the day was ‘Norah Waugh at the Central School of Arts and Crafts 1934-1966’ given by Amy Hare, currently a lecturer at UAL Wimbledon and the Royal School of Needlework, and a PhD candidate of the Department of Theatre and Performance at Bristol University.

Hare’s talk focused on Norah Waugh, a lecturer at the Central School of Arts and Crafts and explored how the ideas of the Arts and Crafts movement were woven into the pedagogy of the school in its golden years. Norah Waugh is a fascinating and, sadly, largely forgotten figure in the founding of Dress History as a field of research, whose inspirational teaching and intricate, innovative research is exemplified in her three books, Corsets and Crinolines, The Cut of Men’s Clothes and The Cut of Women’s Clothes (published posthumously), which are still used by costume students today.

Not much is known about her personal life, which was tragically cut short when she died suddenly in 1966. She leaves behind a legacy of pioneering research, outstanding pedagogy, and a whole generation of students who remember her teaching to this day. Hare’s passion for Waugh’s work shone through on what was a fascinating and well-researched talk on a marvellous woman.

The New Research ‘Open Mic’ section of the day gave members of the conference an opportunity to take advantage of the conference hive mind and ask for advice, research pointers, or to simply float new ideas. Requests ranged from PhD application advice, a call to help archive a private collection, and for ideas on where to find a particular designer’s dresses.

Sunday’s keynote speaker was Zenzie Tinker, founder of the eponymous Brighton-based conservation company. ‘Costume in the Limelight: the conservation of Ellen Terry’s wardrobe’ detailed the process of conserving a costume designed for Victorian actress and Pre-Raphaelite idol, Ellen Terry, for the 1888 production of Macbeth at the London Lyceum, with Terry starring as Lady Macbeth alongside Henry Irving.

Also known more colloquially as the ‘beetle-wing dress’ due to its striking use of shimmering, bottle-green insect wings, the dress is also featured in Singer-Sargant’s famous portrait, Ellen Terry as Lady Macbeth (1889). The dress belongs to the collection of Smallhythe Place, Ellen Terry’s countryside cottage in Kent, and was first put on display in the 1930s. After many decades of being on display, by the 2000s the dress was in a precarious state and was in dire need of conservation.

In 2007 fundraising began, with conservation beginning in 2011. This began with a full condition survey to assess the state of the dress, which led to Tinker and her team discovering several discrepancies between the dress they had and original depictions of the dress. They found that several alterations had been made over the years, including the sleeves, the shape of which had been radically altered, and the hem of the dress, which had been shortened. They also discovered that they were dealing with not one, but two dresses, as a spare bodice and remnants of another skirt were also uncovered.

Through using contemporary pictures and Singer-Sargent’s painting, Tinker and her colleagues were able to undo several of the changes that the dress had undergone, to replicate its original form. Tinker stressed that the approach they took was ‘conservation, not restoration’, meaning that all additional materials used are easily distinguishable from original materials. The thoroughness with which Tinker described the conservation process really showed the skill required to restore such a complex piece, and the amount of respect she held for such an iconic example of Pre-Raphaelite stage costume.

The penultimate talk of the day ‘Ellen Terry (1847-1928): From Pre-Raphaelite Muse to an Icon of Aestheticism’ was given by Veronica Isaac, a culture historian currently working as a curatorial assistant and lecturer at the University of Brighton and New York University London. Her talk was a deep dive into the life of Ellen Terry, and tracked her personal journey, through costumes, from celebrated artist’s muse to prominent figure in and embodiment of the Aesthetic movement

Ellen Terry was born into the stage and, in her early years, dressed conventionally for the period, wearing the fashionable corset and crinoline popular at the time. She first encountered the Pre-Raphaelite movement around the age of 14, when she met Edward Godwin, who was a local theatre reviewer at the time. Through him she met the painter G F Watts, and at 16 married him, with Holman-Hunt making her wedding dress. Terry soon found herself at the heart of the movement and was a celebrated artist’s muse, appearing in paintings by Watts and other members of the movement.

This union didn’t last for long though, and after a year the couple parted. Soon after she returned to the stage and re-encountered Godwin, which led to her spending six years living with him unwed in the countryside and having two children together. Whilst they moved between prominent figures of the Pre-Raphaelite movement, they were relatively short on money, which is reflected in her dress. At this time Terry preferred simpler styles based on 17th and 18th century lines, with grace and ease of movement becoming key. She aligned herself with the cult of Beauty and Aestheticism and the couple had a particular affinity for Japanese styles, with Terry wearing kimonos publicly.

Through the 1880/90s, Terry established herself, through her clothes on and offstage, as the artistic template for Aesthetic dress and the ideal ‘Liberty girl’. In her later years she continued to dress aesthetically, adopting smocks and Chinese robes. A great actress, inspirational woman and artistic icon, in her remarkable lifetime, Ellen Terry made the leap from being a vessel for aesthetic ideals to a key figure of the movement in her own right, and continues to be rightly celebrated.

The final talk of the weekend was given by Jenna Rossi-Camus, who recently finished her Phd at London College of Fashion’s Centre for Fashion Curation, and is a visiting lecturer at the Royal College of Art, Winchester School of Art and Regent’s University. ‘A Genealogy of Fashion Jokes: Graphic Satires of Aesthetic Fashion and their Legacy’ centred around how satirical cartoons from Punch represented and lampooned the Aesthetic Dress movement and its key figures, whilst placing it in a larger history of how graphic satires target and criticise fashion subcultures.

The main satirist who targeted the Aesthetic/Pre-Raphaelite movement was social cartoonist George du Maurier, who first appeared in Punch in 1865. His cartoons critiqued appropriating Aesthetic ideals as a means of social climbing, either through direct parodies of paintings and artists, or of Pre-Raphaelite beauties, for example Jane Morris. This argument is most exemplified by an eight-part series first published in 1878 entitled The Rise and Fall of the Jack Spratts, which charts the rise and fall of an aspiring aesthetic couple trying to make their mark on the artistic world, only to be thwarted when another newer, more beautiful couple comes along.

Rossi-Camus also drew parallels between graphic satires of the Aesthetic movement with other fashion subcultures. She first gave an example of the eighteenth-century cartoons depicting Macaroni, comparing them to modern examples including the hipster stereotype that is highly satirised in our current culture. 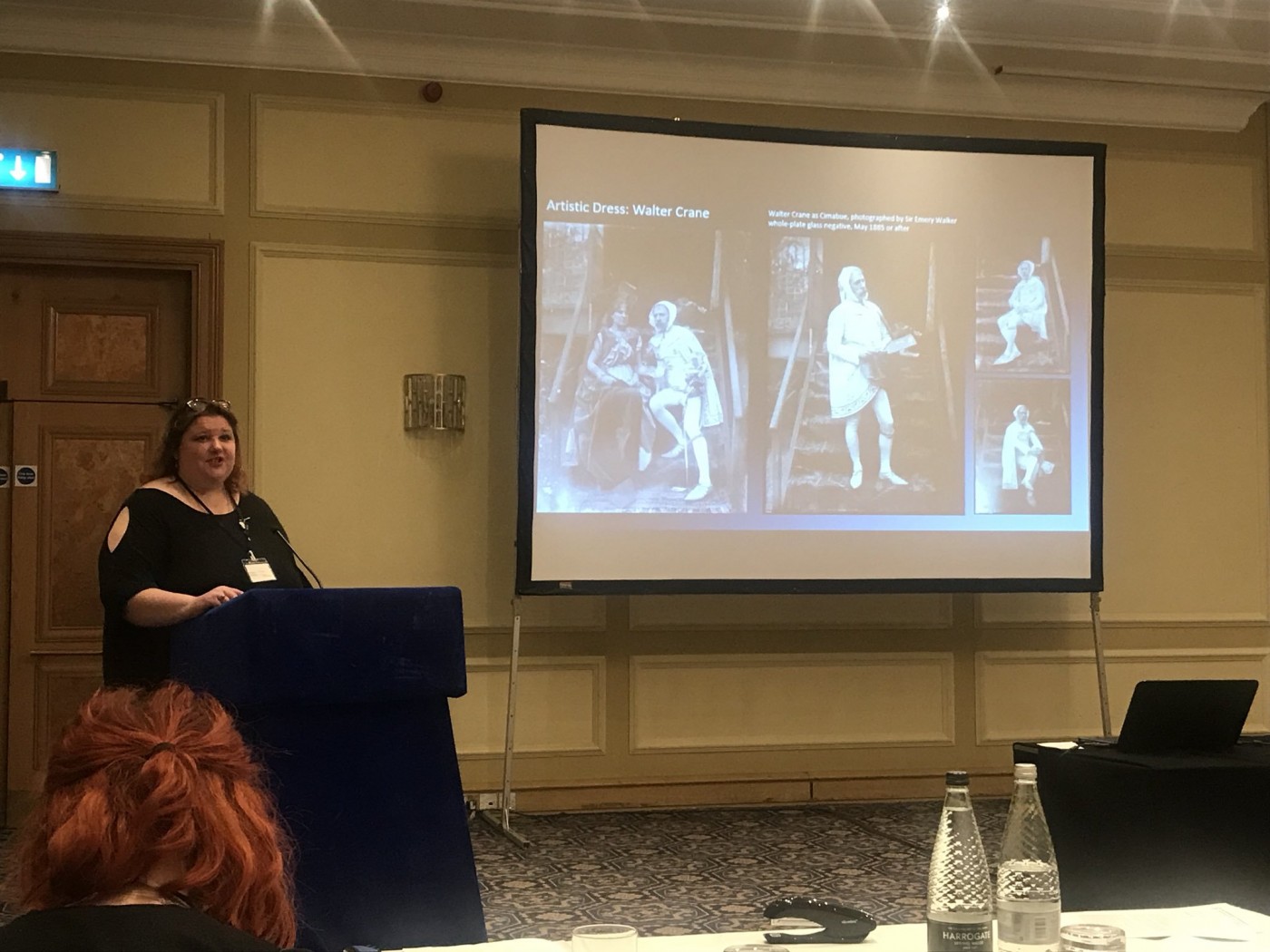 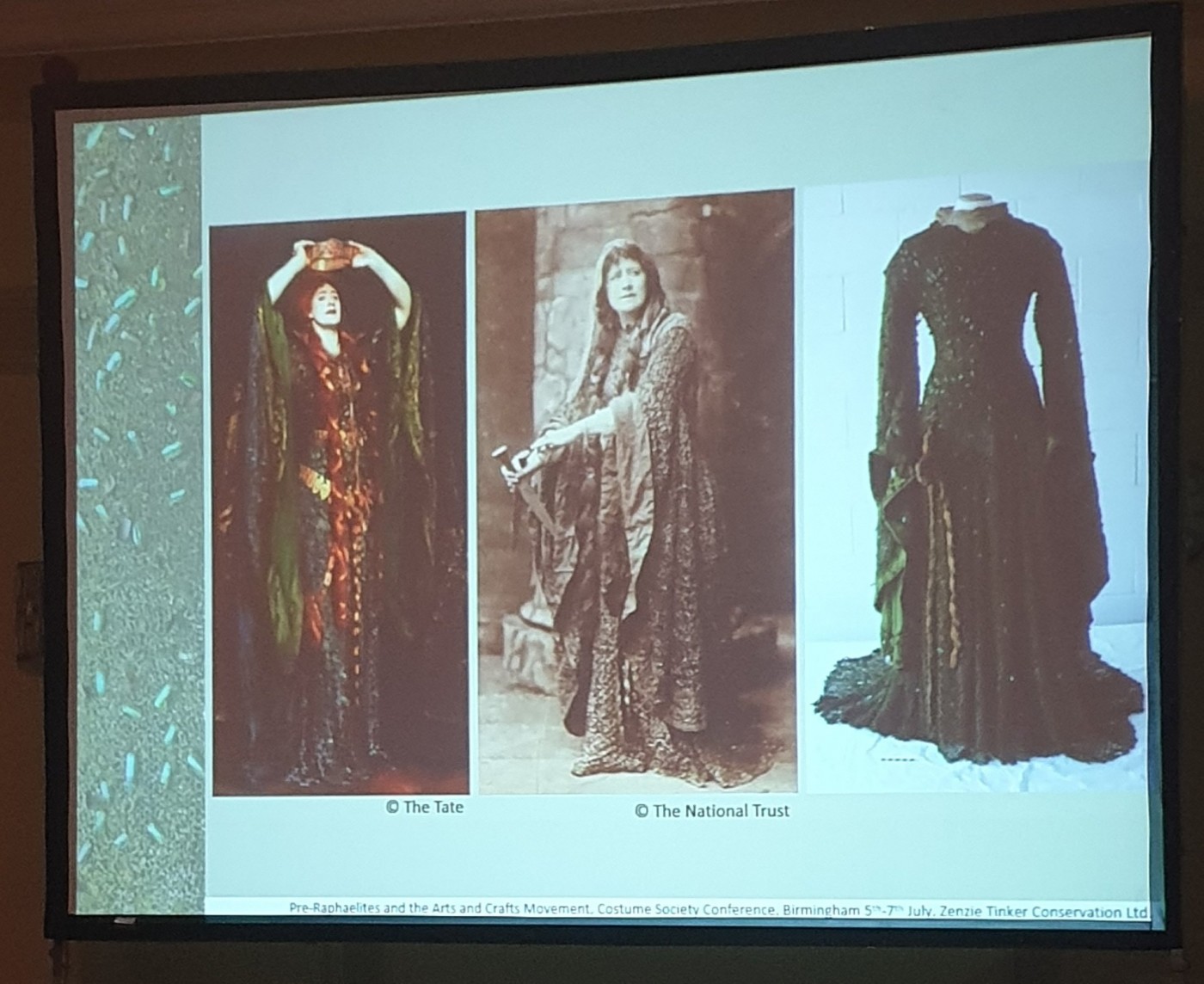