‘Grey Fox’ on the Global Impact of British Menswear

By David Evans, The Grey Fox

With only a passing previous interest in menswear fashion or style I decided, unwisely perhaps, to start a blog on just these topics in 2011. Reading about the decline in clothing manufacture in this country in the latter third of the last century it dawned on me how much western styles of men’s clothing owe their shapes and materials to the UK’s long history of clothing design. From Japan to the USA, many menswear clothes have their roots in British shapes and materials.

The influence of British style is preserved in the international language of clothing. In Japan the business suit is called a ‘sabiro’, a corruption of the words ‘Savile Row’, the London street where tailoring reached the peak of development. Many items of clothing and the materials they are made from are named after British people (cardigan, mackintosh, wellingtons, the ‘raglan’ shoulder, Prince of Wales check) and places (Fair Isle, Shetland, tweed, the ascot and derby, oxford shoes, argyle and paisley patterns, and the jersey and guernsey), all evidence of the UK’s premier position in shaping modern men’s clothing. Some British brands have lent their names to some articles of clothing such as the Burberry, Harrington and Barbour. 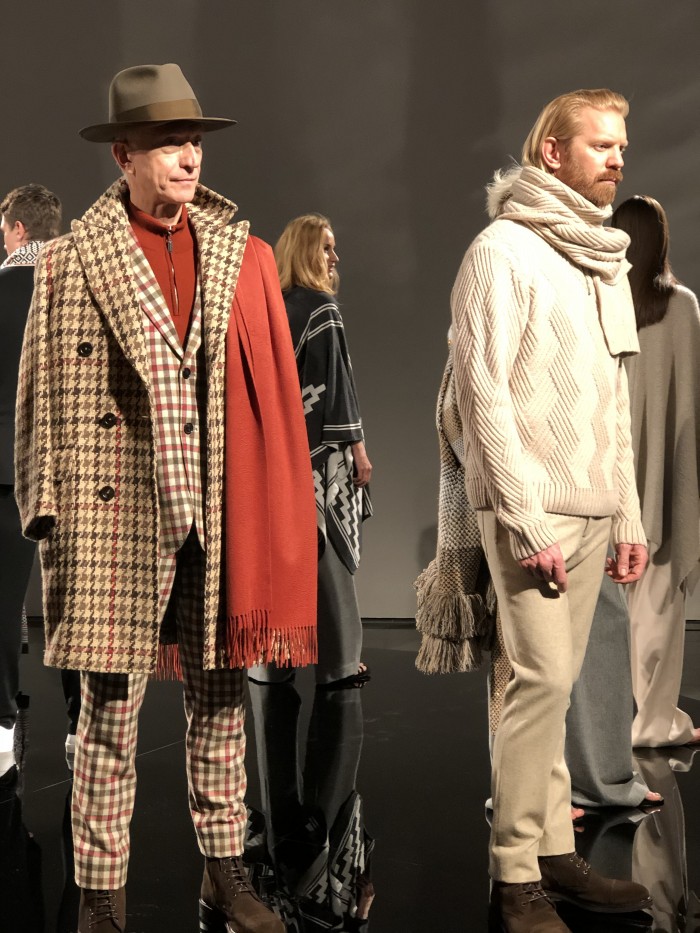 Many so called ‘style icons’ in western fashion, historic and contemporary, are British.

From Charles II who initiated the three piece suit, through Beau Brummell, to Edward Duke of Windsor, Cary Grant, David Bowie, Tommy Nutter, Prince Charles to fictional characters such as James Bond, Sherlock Holmes and even John Steed in The Avengers. Such men have inspired interest in men’s style over the last 200 years and more. The recent growth of social media has magnified these influences as contemporary and historic images are so easily available online.

London’s Beau Brummell, the best known example of the Great Male Renunciation, exemplified the development in the eighteenth and nineteenth centuries of a modest, masculine and monochrome style that has influenced menswear to the present day. Most men still shy away from the bright garments that they would have worn in the eighteenth century although there are signs that this is changing slowly as men now explore pattern and colour with increasing enthusiasm.

The essential elements of British menswear style aren’t hard to identify. The materials they are made from: robust tweed, wool knits and waxed cotton for the country and fine flannels for town (all products of the English industrial revolution) and the shapes and techniques used in their manufacture have all formed what we now see. A man’s jacket retains vestiges of past uses in its construction. The double vents at the back were originally there to allow the jacket to be worn on horseback without distorting the garment’s shape. The lapels are notched so that, historically, it could be buttoned up to the neck in colder weather - often as part of a soldier’s uniform. The cuffs have buttons which would originally have been usable to allow the sleeves to be rolled up for purely practical reasons to keep them clean and out of the way but which became simply decorative, as on military uniforms. They came to be called surgeon’s cuffs, the story being that they could be rolled back by surgeons when operating (there were no scrubs in the early days of surgery). The armholes of the best tailored jackets are cut high to allow better arm mobility when using a rifle for military or sporting purposes. For all but the rich, jackets had to have multiple uses - from military uniform to climbing mountains (the early mountaineers wore tweed Norfolk jackets), playing sport and for normal daily wear - so adaptability was vital. Owning a different coat for every activity is a recent development as clothes have become more affordable. 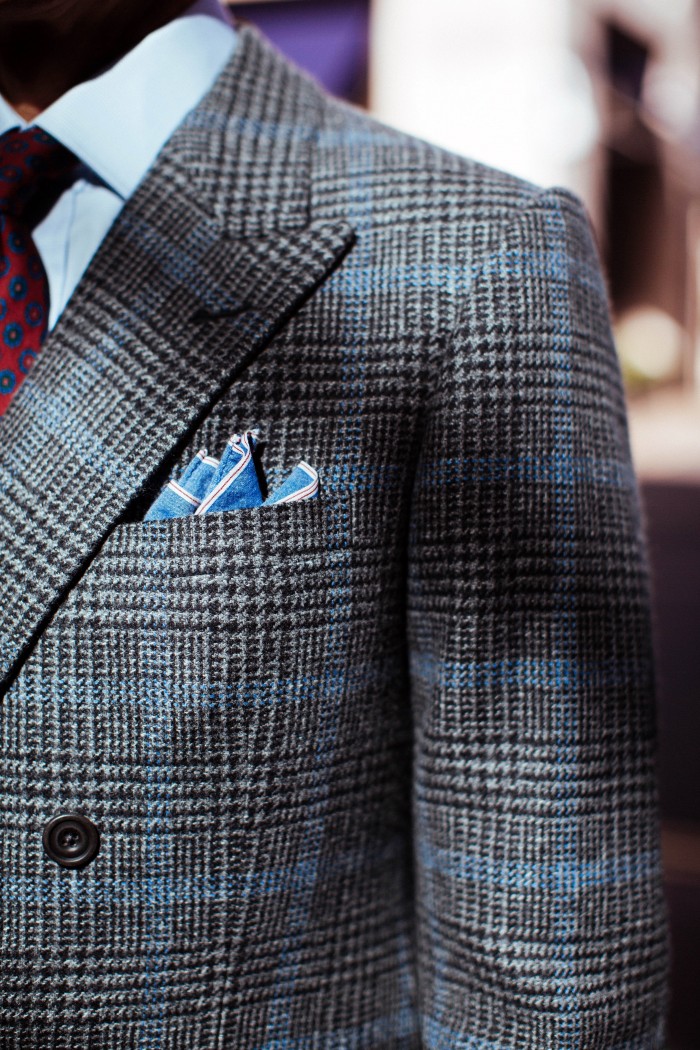 While remaining the basis for western menswear, British styles have in their turn been influenced by changes from overseas. Italy adapted British tailoring to give us more relaxed and comfortable clothing using lightweight cloths required by the Mediterranean climate and temperament. Asian tailors in Japan and Hong Kong have taken iconic British shapes and materials to make comfortable and edgy styles very classic in nature, yet so Asian in concept. The USA has adapted British material and shapes and made them their own in preppy, Ivy League looks promoted by brands such as Ralph Lauren who now so successfully “sells Englishness to the British” (Twentieth Century Fashion, Linda Watson).

While British style has firmly classic foundations, it avoids becoming fossilised. The UK is respected internationally as a centre for creative fashion design. In looking forward, British designers look both to history and also to the richness of contemporary Britain’s multi-cultural society in seeking inspiration for current designs. Ozwald Boateng, Casely-Hayford, Bianca Saunders, Ahluwalia, Nicholas Daley, Grace Wales Bonner and others are adding much needed freshness to British menswear.

David Evans is an acclaimed writer and menswear expert who shares regular content on his popular blog, The Grey Fox. 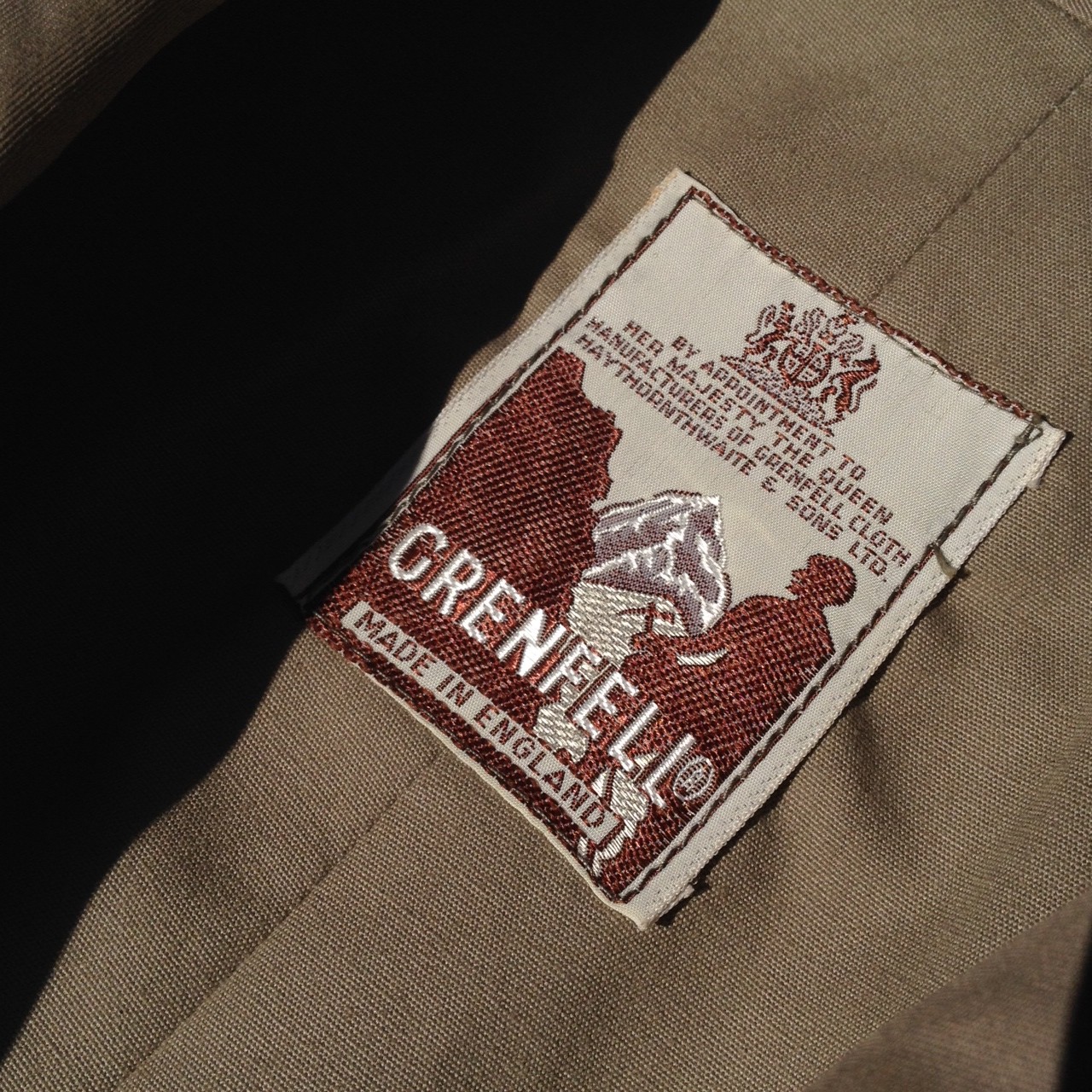 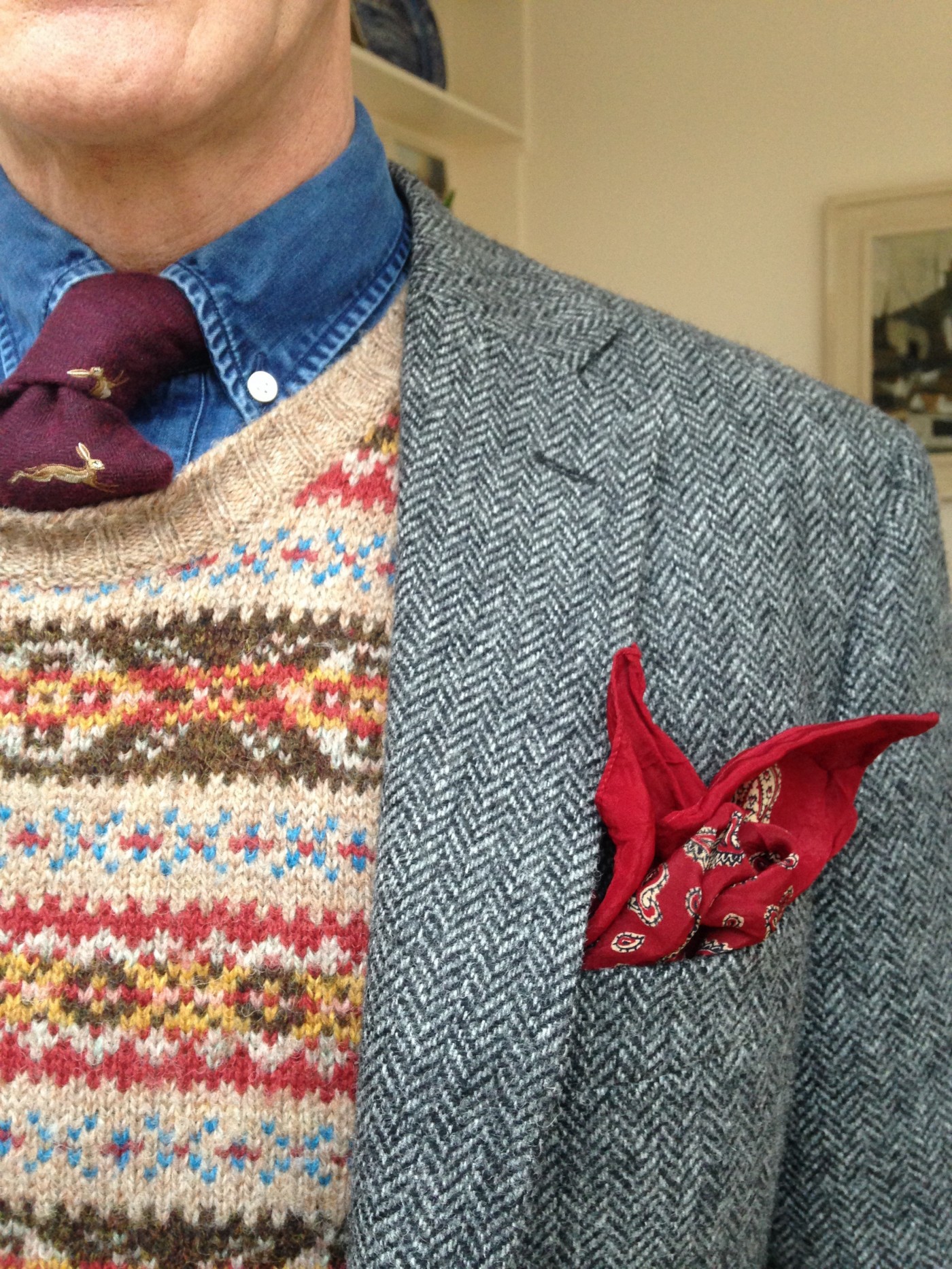 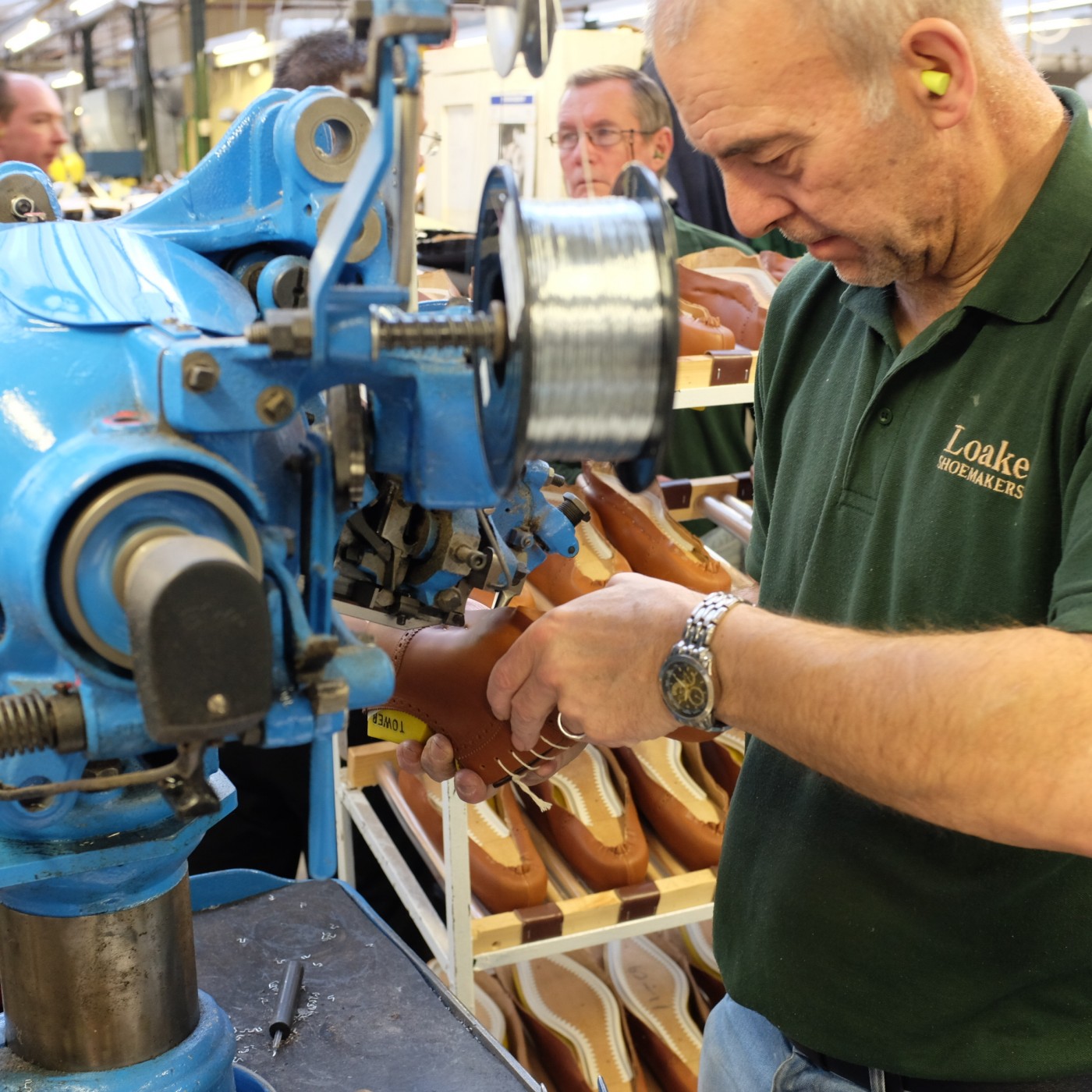 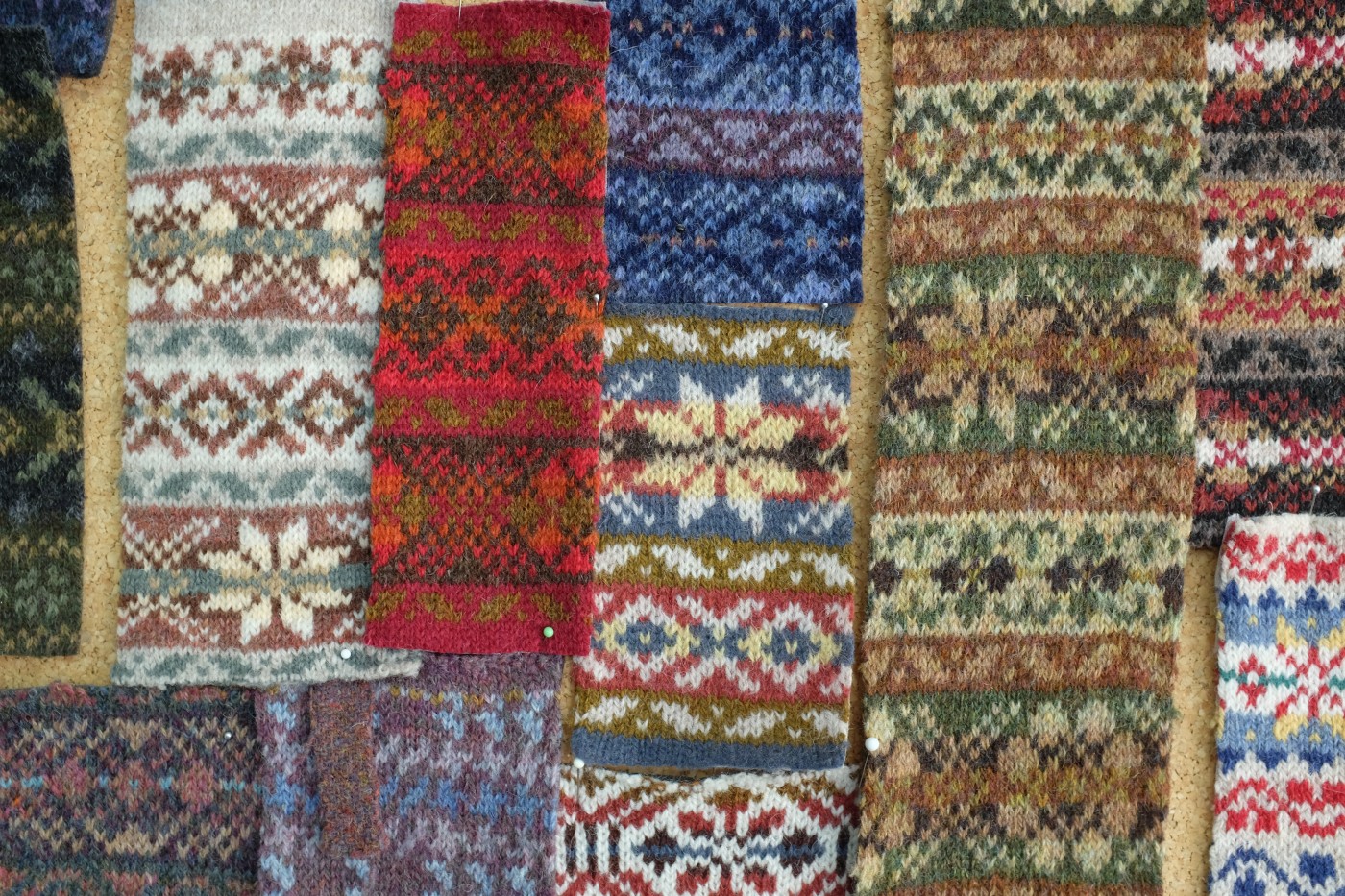