A life in tailoring: Interview with Alan Cannon-Jones

By The Costume Society

In this week’s blog, menswear expert Alan Cannon-Jones shares his life producing menswear internationally and why Savile Row is the envy of the tailoring world.

Alan had a very stylish and practical start to the world of British tailoring: “Age 15 in 1962 I was given the day off school to visit a Careers Fair at a local FE college. There I met and talked with a representative from Aquascutum. This was the first time I learnt about an apprenticeship and a career in tailoring. I never worked for Aquascutum but later I applied for an apprenticeship with a tailoring company in St Albans named Nicholsons’. There I served my apprenticeship and became a cutter and pattern cutter.”

“In 1971, I moved to Chester Barrie and progressed to a production manager. After 15 years as a production manager producing fine quality tailoring, I was offered a position at the London College of Fashion as a tailoring tutor. I progressed to Course Director and also started my own consultancy. Working with very creative students was amazing and pushed me to develop my skills and then being offered projects with designers including John Rocha, Paul Smith, Dirk Bikkembergs, and others further developed my skills as the designers challenged me to be more creative with my cutting. I also produced the samples and garments for the catwalk collections. This work was across Europe. I developed the FE Tailoring course at LCF first into an HND, then the first BA Hons Menswear, then the MA Menswear, and the postgraduate courses in Garment Technology and Digital Fashion. This was an experience that I thoroughly enjoyed.” 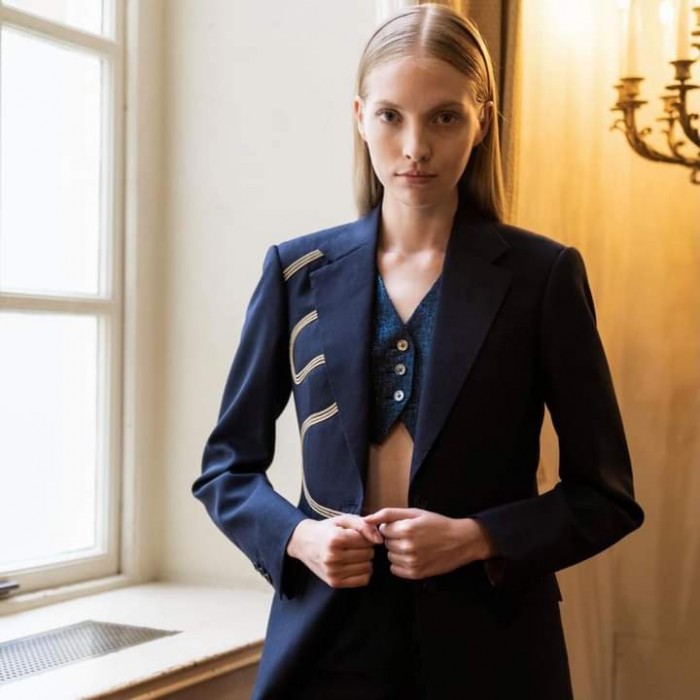 2021 finalist of the Golden Shears Award. A female tailored outfit.

Due to global lockdowns and the rise of athleisure, we have recently heard a lot about the reported demise and ‘death of the suit’, to which Alan states “I can only paraphrase Mark Twain that ‘the reports of my death are grossly exaggerated.' The suit is not dead but evolving.

Savile Row is the envy of the tailoring world. Every country, especially France and Italy, wishes that they had Savile Row in their main cities and in my opinion, would support, preserve and honour it better than the UK does. Savile Row has a strong history and I believe it has a strong future. There will be changes and already after the lockdowns we are seeing new developments from the Row in terms of a changing and developing wardrobe of tailoring for both men and women.

The suit is evolving: a suit may be an outfit, jackets, and trousers not necessarily all from the same cloth. There is a new interest in formal dresswear, such as tuxedos and dressing up to go out after lockdown. The young professional (male and female) is focused on dressing for the job they want and not the job they have. Women are becoming important bespoke customers, previously women accounted for 5% of the business and it is now rising to about 10%.

The cheap suit is the one that has died as the high street are reducing the cheap suit offers. Professionals are spending a strong budget, for example, £500 upwards for ready-to-wear and £1000 to £1700 suits are doing good business. The Bespoke suits are £4000 plus and this is mainly due to material costs. Good suiting fabrics cost from £150 to £500 per metre (4 metres for a suit) with luxury fabrics, Cashmere, Vicuna and super 120’s to super 150’s close to £1000 per metre. Add to this the cost of hand-tailoring against machine stitching and one can see how £4000 mounts up quite fast.

Alan also shares with us a selection of menswear brands and tailors that he is currently most excited by. “Starting low, Cordings, Paul Smith, Canali, Pal Zileri, Caruso, Ralph Lauren, Henry Poole and Richard Anderson. Generally, Italian tailoring quality is very good and there are good offers out there. My advice is to decide your budget, buy the best you can afford and buy during sales and offer times.”

The Golden Shears Awards have been called the ‘Oscars or the Tailoring world’ by the Financial Times. Running since 1974 it is the premier tailoring competition for apprentices and students. It is open to the UK only and attracts up to 90 entrants per competition. It is run bi-annually and held at Merchant Taylors’ Hall, London. The judging is in two parts, firstly the technical judging by five Master Tailors and then the style judging that happens on the catwalk by five style judges for fashion and the arts. The three winners receive, The Golden Shears, The Silver Shears and The Rising Star Silver Shears. It is great to see how the winners and finalists often go on to successful careers in tailoring.”

In 2021, The Golden Shears Award went to Richard Anderson’s Tom Carr, Runner-up and winner of the Silver Shears was Maurice Sedwell’s Judith Ekblom Jarrold and John Pickering, a trainee at Dege & Skinner, was chosen as the Rising Star.

Alan is a consultant on all aspects of Fashion Design Technology at ACJ Menswear Consultancy and is a CAPITB Trust Board Trustee. 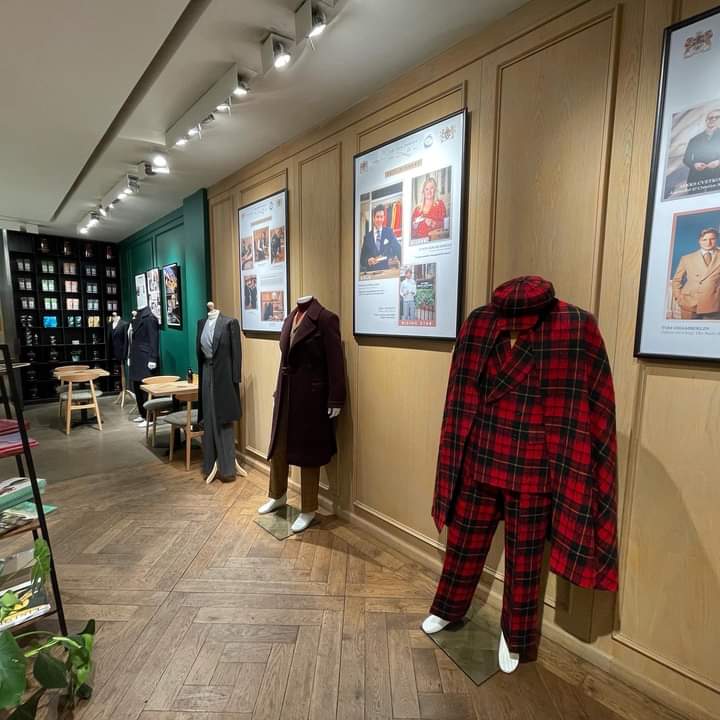 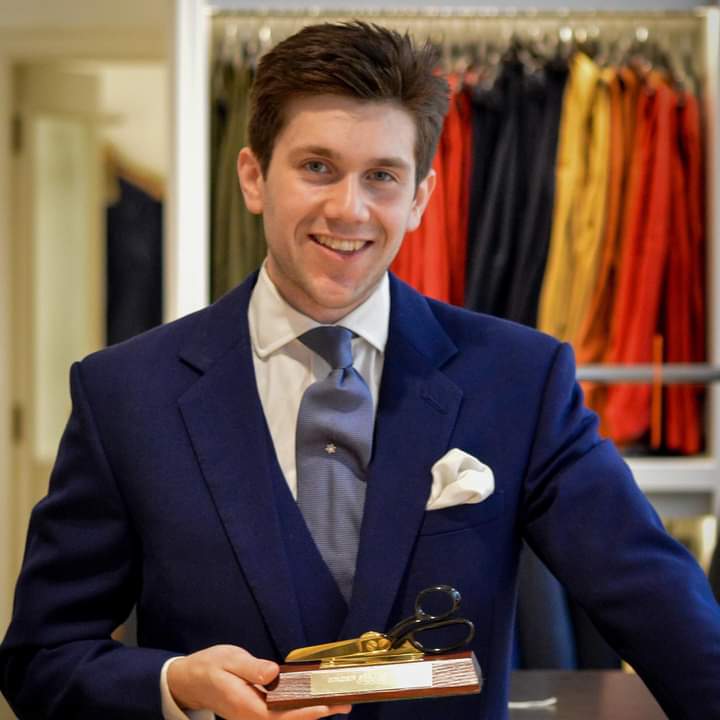 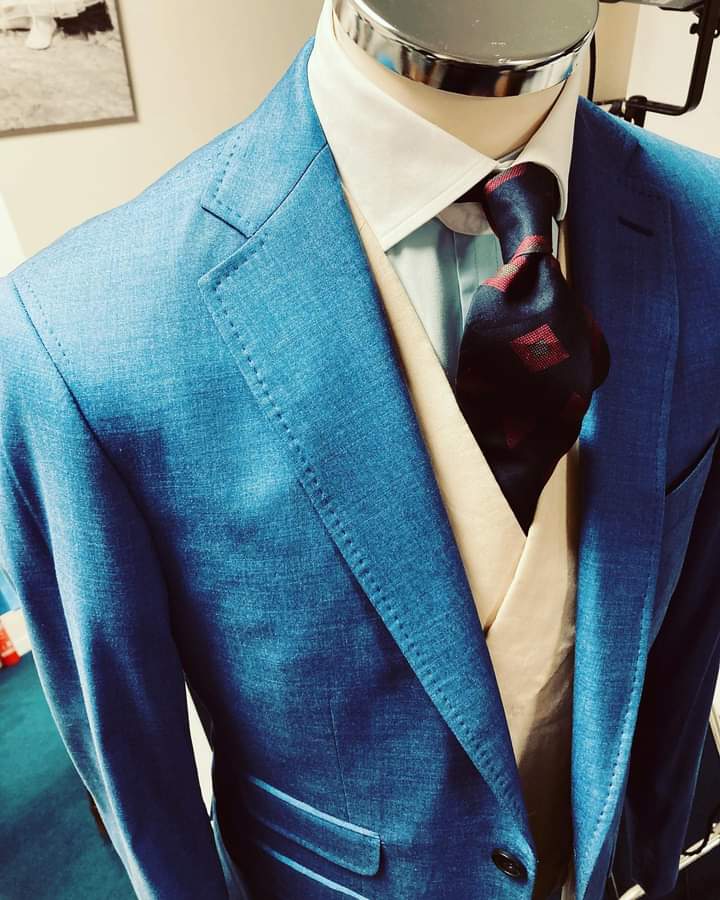 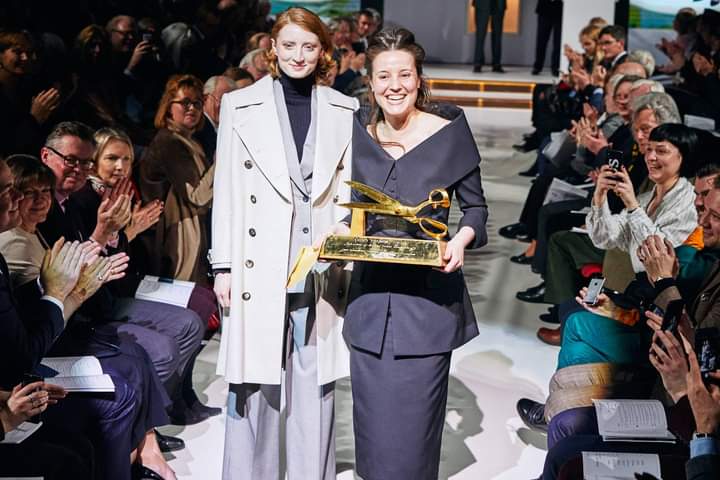