In this week's blog, Claire Cheshire, Costume Curator at Museums Worcestershire and Costume Society member takes us behind the scenes of the Captivating Costume exhibition.

One of my favourite things to do at work is introducing people to our costume stores – be it through a talk, a tour or a response to a research inquiry, it gives me genuine pleasure to show people just how interesting, extensive, and varied our collection is. I am generally met with surprised faces- it really is a hidden gem.

The reason we have such a wonderful collection dates back to the 1920s and 1930s when Alice and James Parker of Tickenhill Manor, Bewdley, began voraciously collecting objects that related to their keen interest in history, art, archaeology, science, engineering and country crafts. By 1937, they had the idea of opening a Folk museum and by the end of World War Two their collection was considerable. When James passed away in 1962, he had already formed a trust to look after the collection. After his death, the trustees were approached by the Bishop of Worcester to see if they could use it to form the nucleus of a county museum at Hartlebury. And so, a few years later, 30 tonnes of objects moved from Tickenhill Manor to Hartlebury. 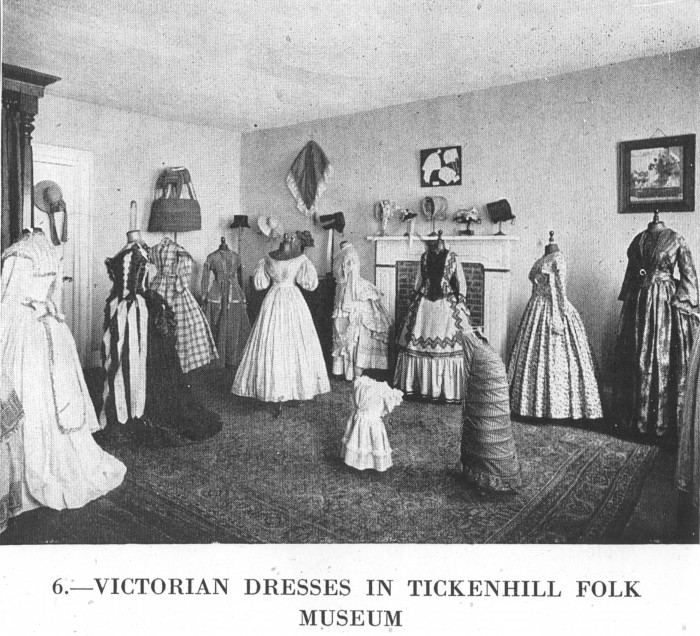 Picture of Tickenhill costume on display

In amongst the huge array of items was a stunning collection of costume and accessories – the history of fashion being a particular interest of Alice.

Since the 1960s, the costume collection has been added to and now consists of over 2000 items which range in date from the 1740s right up to the 21st century. Until recently, very little of this wonderful resource has been on display. The constraints of the galleries and lack of suitable show cases has meant that costume has mostly remained in store, with the exception of the odd piece being included in temporary exhibitions.

This all changed in February of this year when we were delighted to announce the opening of a permanent costume gallery at Worcestershire County Museum at Hartlebury Castle - Captivating Costume: Three Centuries of Fashion.

Captivating Costume tours almost 300 years of fashion, with costume of every era from the extravagant frocks of the 18th century, to the crinolines of the Victorian era, to the miniskirts of the 1960s. It also explores the development and social context of fashion accessories, discusses important themes such as ethics and sustainability in the fashion industry, and highlights ways in which Worcestershire has influenced fashion-  supplying beautiful gloves across the globe and revolutionising fashion consumption in the home through the first mail order catalogues.

The tour ends in the 21st century with Ginny Lemon’s Queen of my Hometown costume from RuPaul’s Drag Race UK with its nod towards trail blazing, Worcester-born Vesta Tilley who found world wide fame in the early 20th century whilst playing with ideas of gender at a time when it was thought dangerous to question them.

Putting the exhibition together was a joy from beginning to end. I spent many hours rummaging through our various costume stores pulling out items that told the stories the best, ably assisted by my colleague Millie Ross who was awarded The Costume Society's Museum Work Experience Grant to help with the exhibition. We could have filled the showcases many times over and often struggled to choose between dresses - although this of course gives us plenty of scope to refresh the displays in the future. 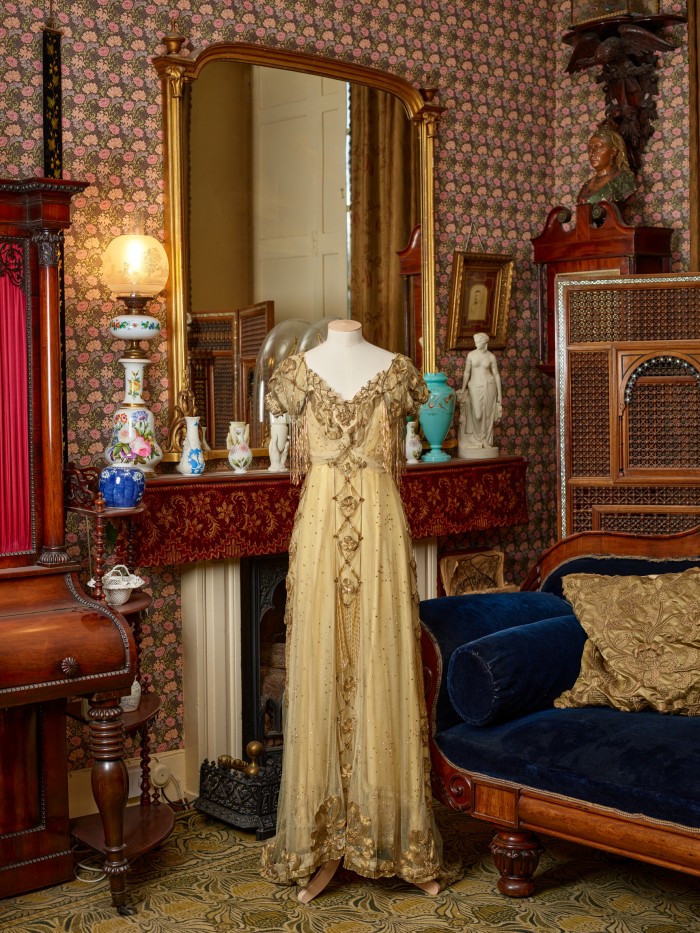 Our budget wouldn’t stretch to bespoke mannequins, so much of our installation week was spent carving mannequins to fit the tiny waists of corseted Victorians, but seeing the costumes filling out and taking their correct form after many years of hanging in stores was a joy to behold.

We have had a wonderful response to the exhibition so far and I am delighted that there has been so much interest in the collection as a result.

Read more about Millie's experiences working with Claire at Museums Worcestershire, and read more about our Museum Work Experience Grant. 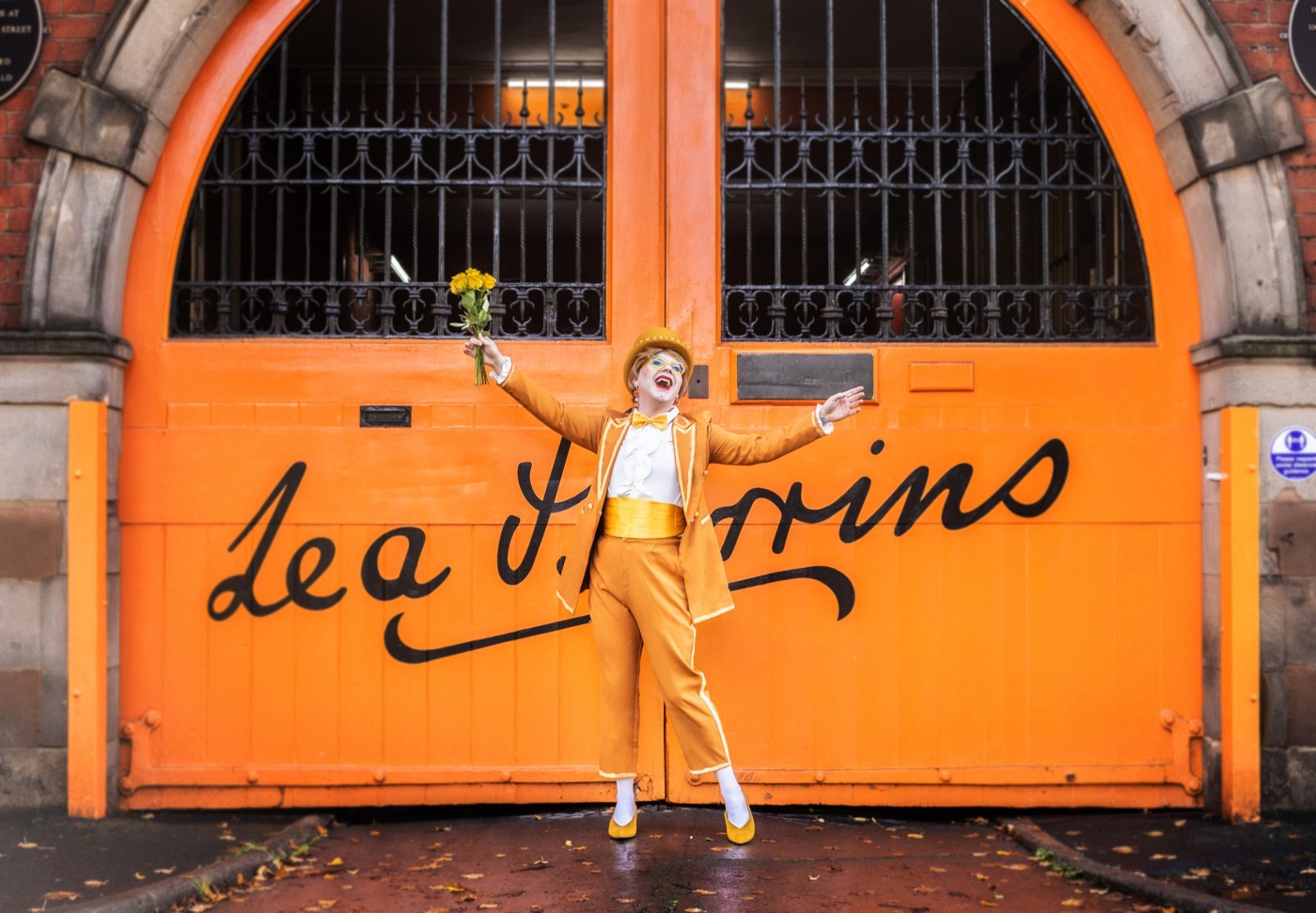 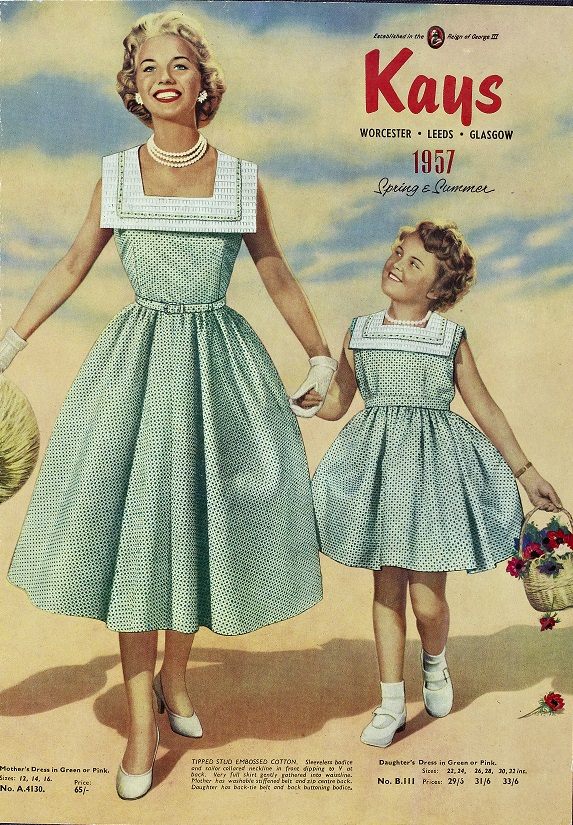 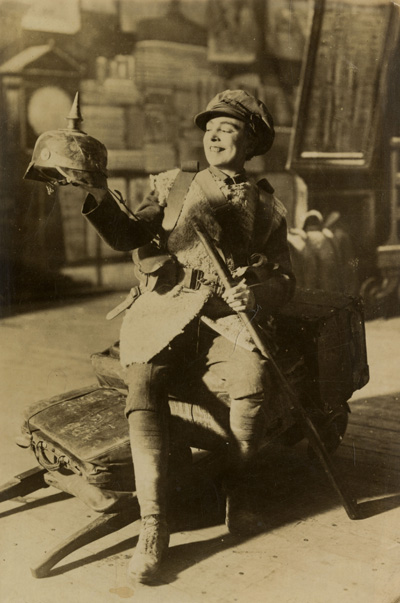 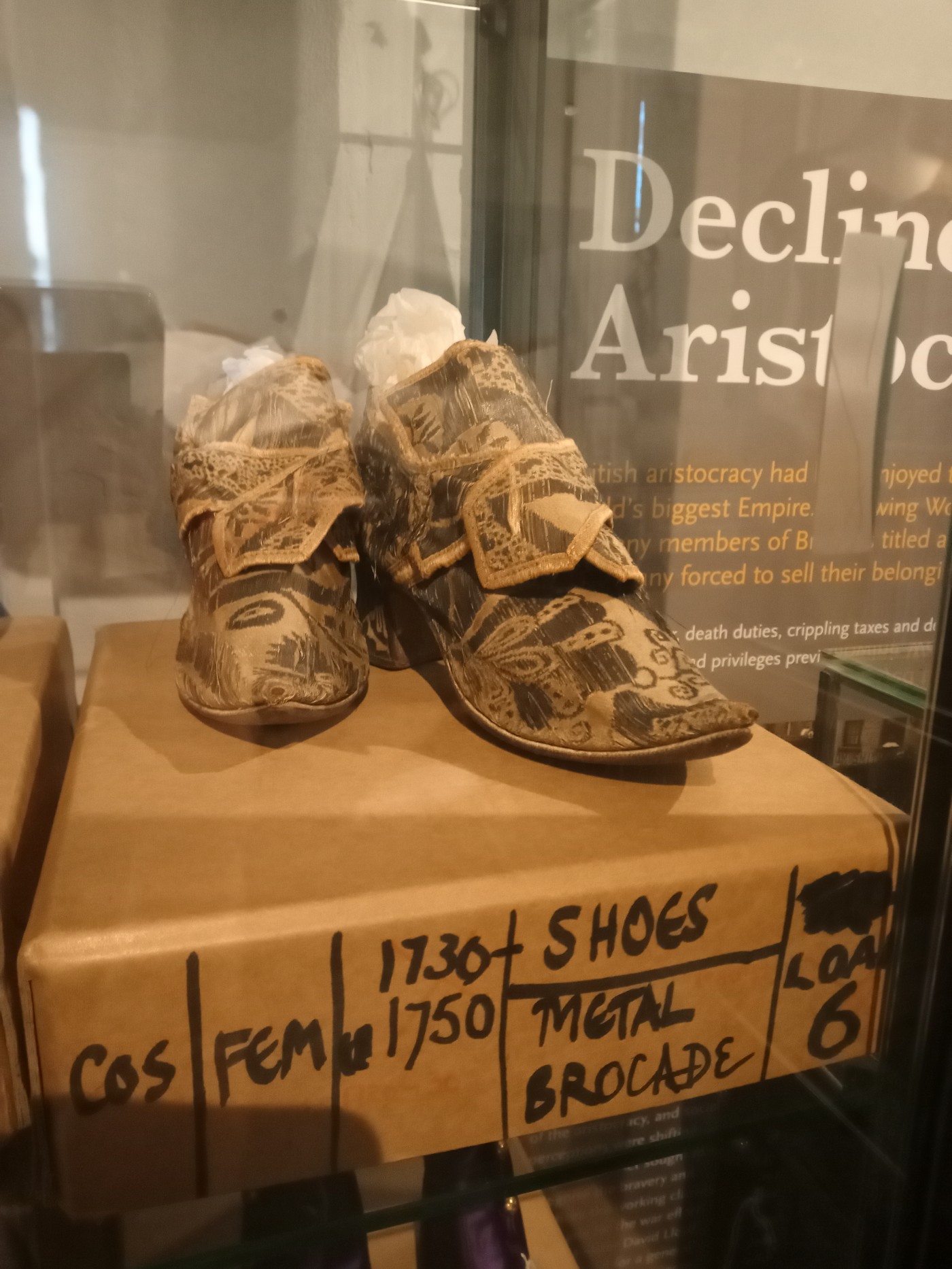 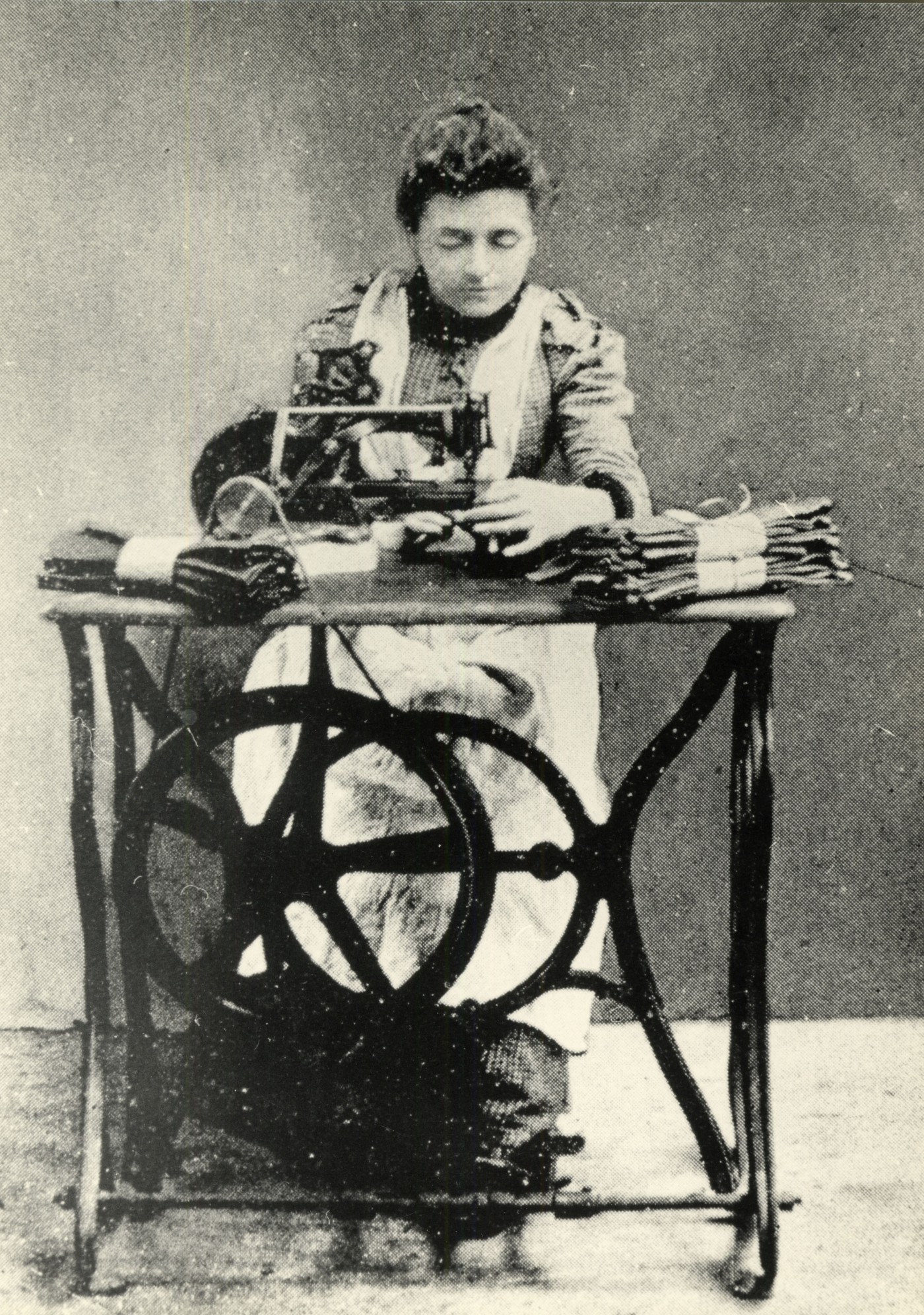 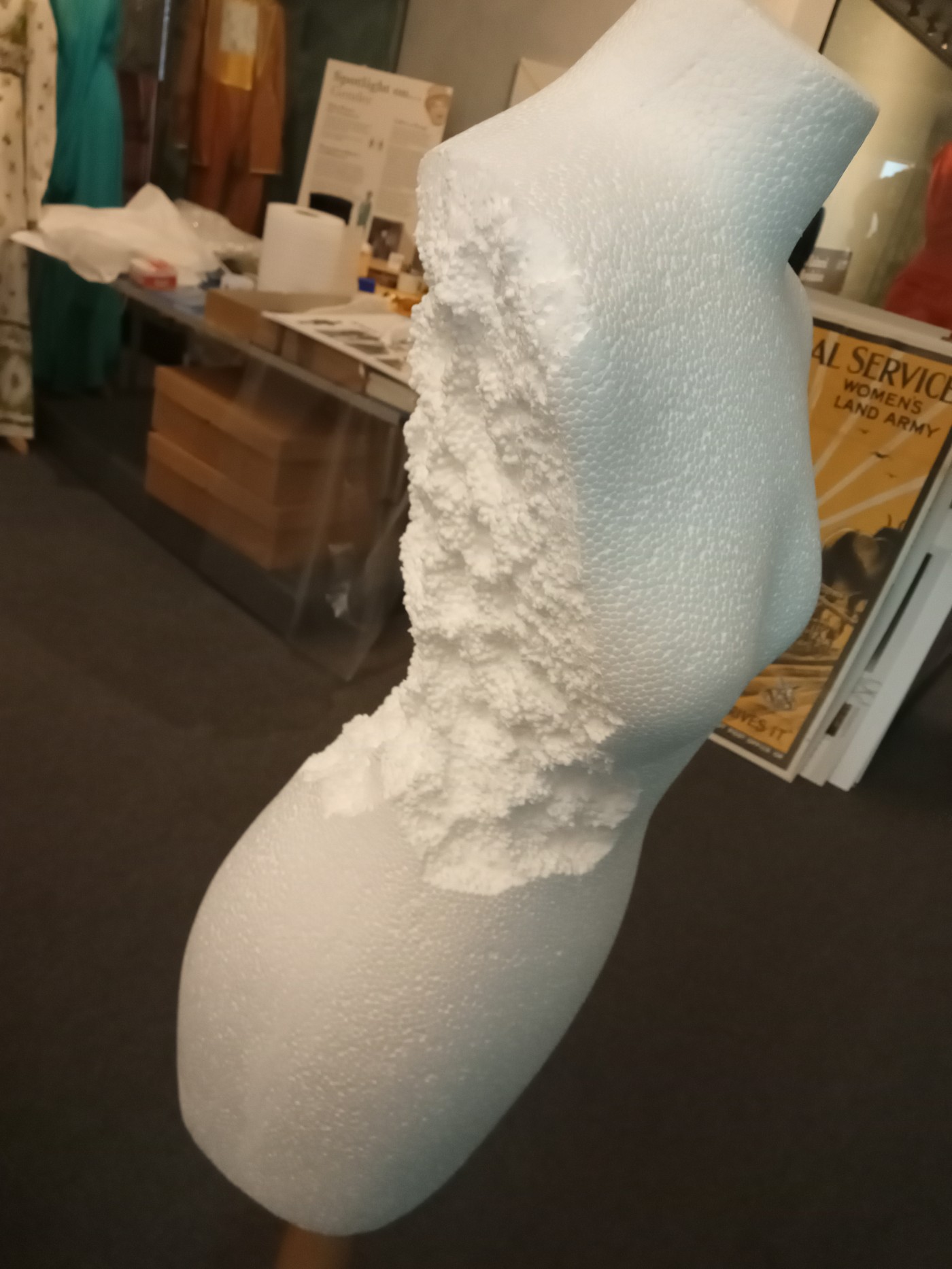 Making ready for a Victorian waistline