By Alexandra Kim and Christine Stevens

As we wrote this editorial, the climate change conference COP26 to be held in Glasgow was imminent and the world still navigating its way through the impact of the COVID-19. Both the climate crisis and the global pandemic have forced us to think about fashion from new and radical viewpoints and have prompted creative solutions to address some of the many challenges created by the existing fashion system.

This issue of Costume contains a group of articles which consider both the function and the formulation of fashion, the how and why of its creation. The issue begins with an article by Myriam Couturier which explores the changing role of the linen duster coat, which began as a garment worn for travel on trains and steamships but evolved to become a key garment associated with the early years of the motor car. Through an examination of its representation in the visual arts and texts of the time Couturier reveals its combination of practicality and style.

Dries Debackere’s article focuses on a fascinating group of lace panels, which had an intended fashionable purpose, carefully shaped to form a dress, but which were never realized as a worn garment. In his article Debackere carefully considers what a dress might have looked like, using contextual evidence from the period before exploring possible methods of display to recommend a method that might most authentically represent a dress made from the panels.  In doing so his article delves into both the conservation and interpretation of fashion. 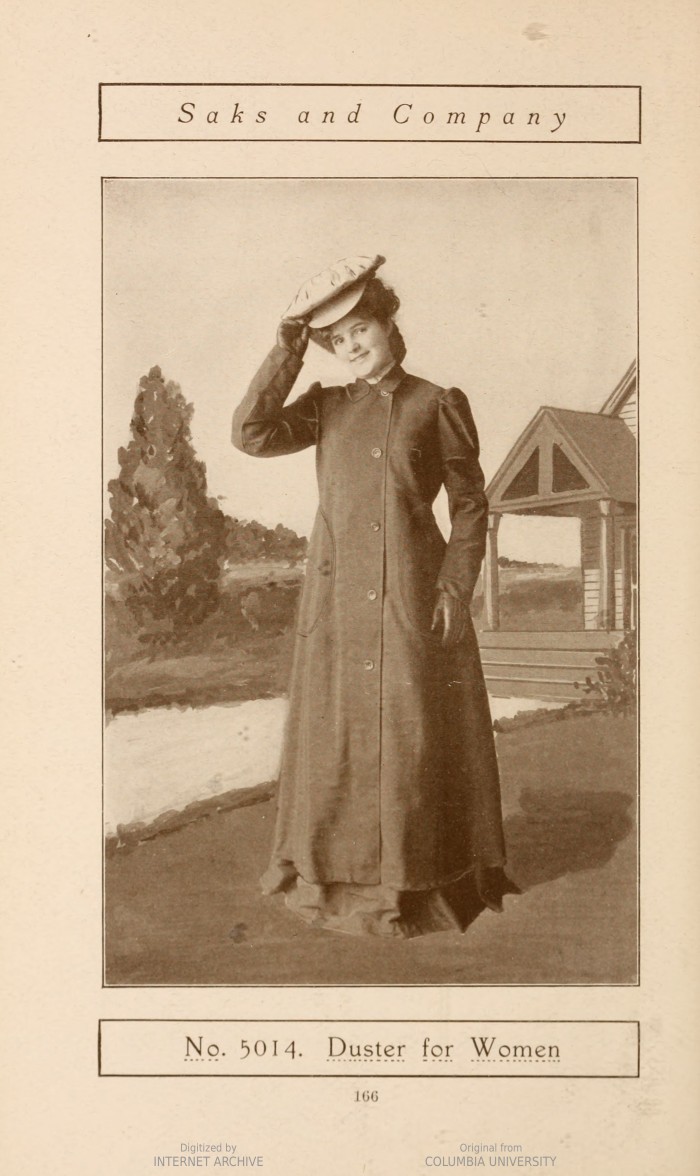 Cally Blackman’s article illuminates the value and significance of the Salon du Goût Français, a 1920s government-backed exhibition of French luxury commodities, which capitalised on the use of the Autochrome, a photographic technique offering dazzling colour representation.  Through the article Blackman reveals not just the technical and artistic mastery exhibited by the Autochrome, but also demonstrates the way in which the exhibitions, both in France and abroad helped to shape and form the perception of French fashion.

Kevin Almond and Elaine Evans’ article uses an oral history workshop concerned with capturing experiences of making, buying and wearing ordinary clothing in Yorkshire 1939-1979 to investigate dress through the lens of regional social history and to highlight people’s emotional attachment to dress. Finally, Jade Halbert reveals how the fashions of the Swinging Sixties were formed, not in the epicentre of London, but in Glasgow, highlighting the changing fortunes of boutique culture and department stores, as this Scottish city created its own unique interpretation of the decade’s distinctive fashions.

In the book review section coordinated by Book Reviews Editor Charlotte Nicklas there is a range of reviews offering insightful commentary of some of the latest books in dress history. Hilary Davidson has brought together an extensive list of articles published in the last year which demonstrate the popularity of the field and the range of new scholarship to be found.

As always we would also like to remind readers that electronic access to the journal is through Edinburgh University Press. Potential authors considering submission of an article to Costume will also find here guidelines for authors. Members of the Costume Society receive copies of the journal as part of their membership, and access to the online archive of Costume by logging on to the Costume Society website. 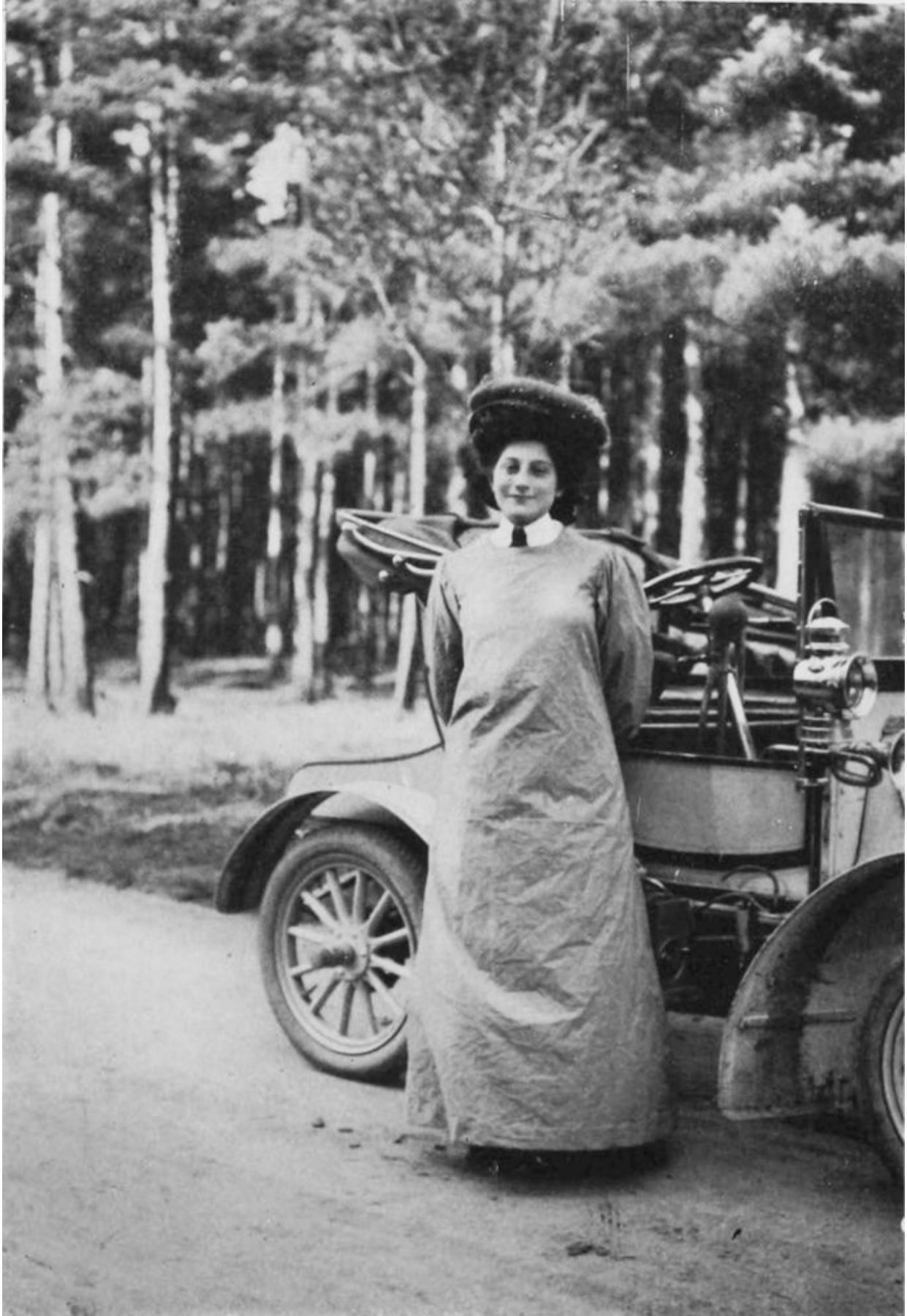 Dorothy Levitt wearing motoring overall, The Woman and the Car: A Chatty Little Handbook for All Women Who Motor or Who Want to Motor, 1909, p. 41. Public domain. 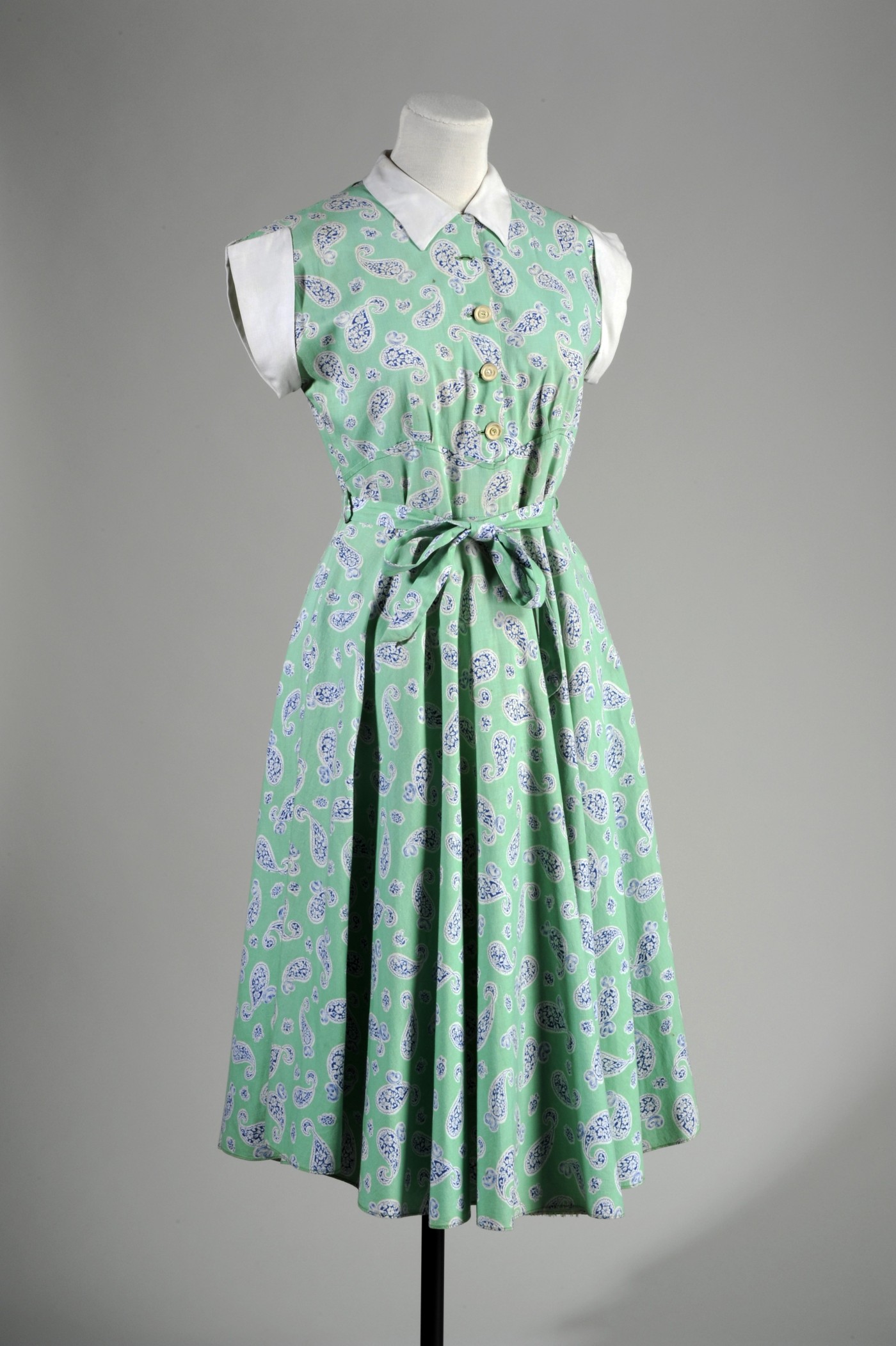 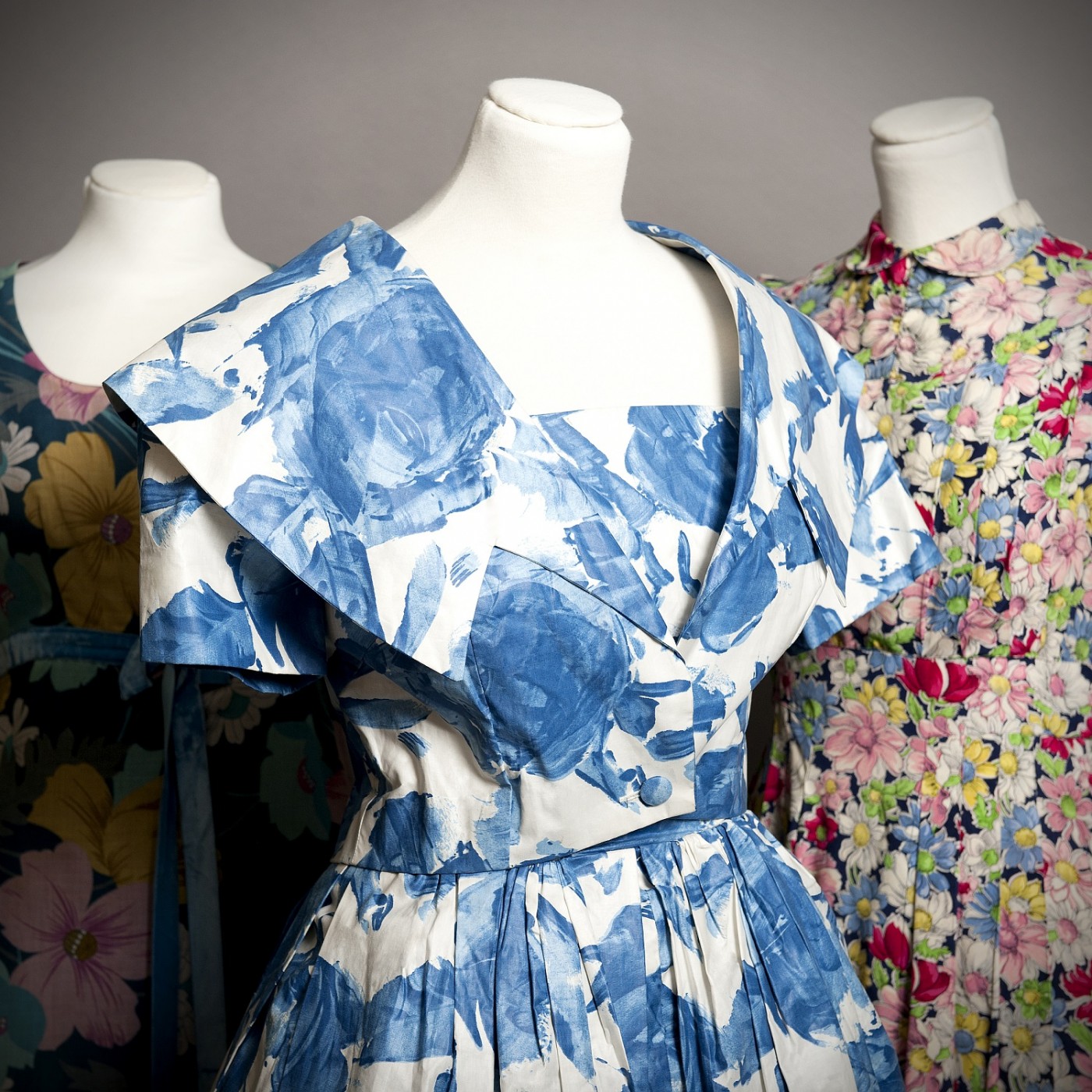 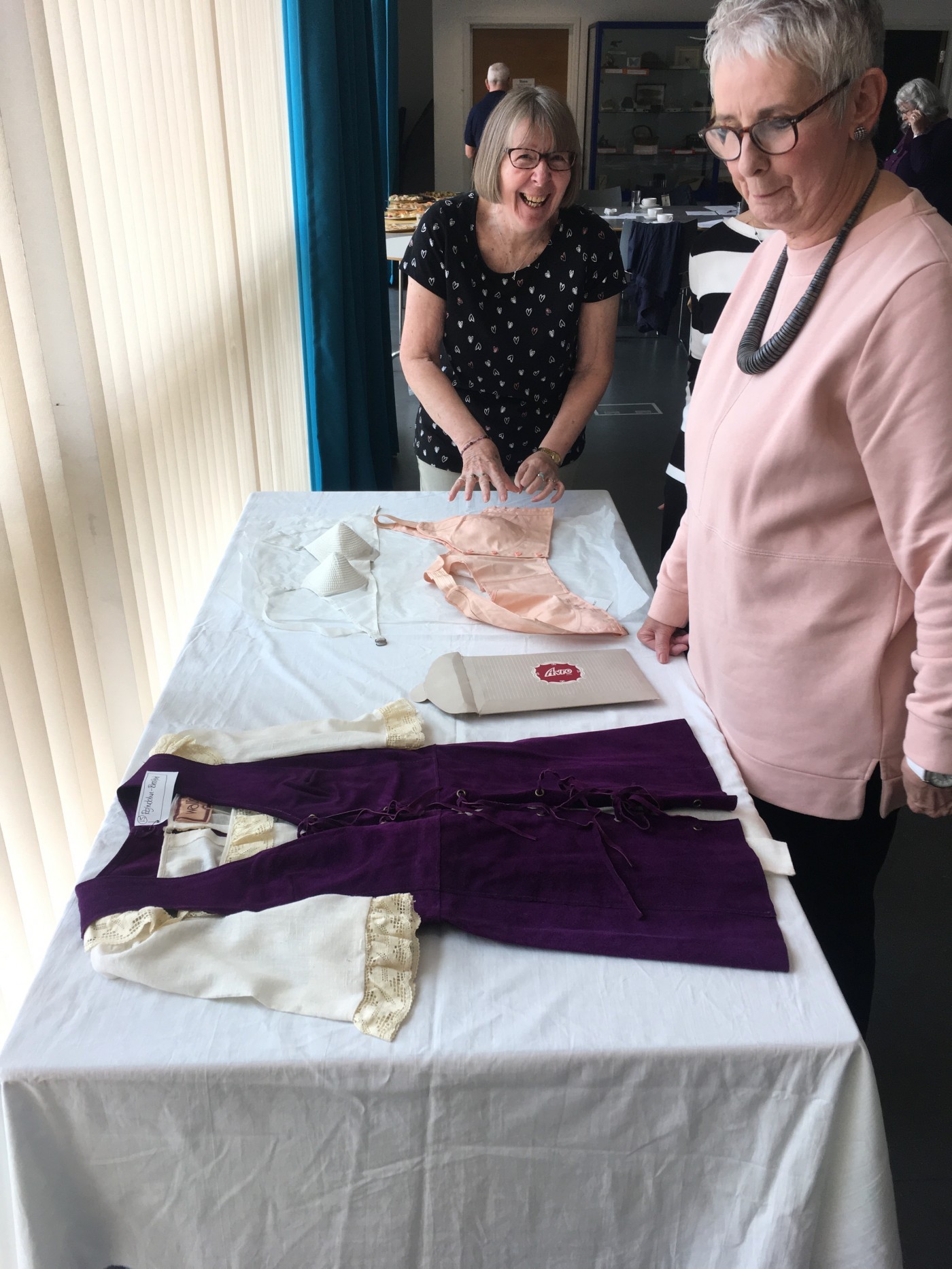 Participants in the workshops analyse items of ordinary clothing and underwear from Yorkshire Fashion Archive and Leeds Museums and Galleries Collections (2019). © Photograph courtesy of Alice Humphrey