‘Dressing Identity: Caring for Collections and Understanding Ourselves’ - Exhibition Review.

As the subject of this week's blog, CS Ambassador Sarah Morgan reviews ‘Dressing Identity: Caring for Collections and Understanding Ourselves’ at The Valentine in Richmond, Virginia.

Dressing Identity: Caring for Collections and Understanding Ourselves’ is a two-part exhibition which focuses on how clothes shape identity, and how those clothes are conserved. The exhibition opens up the working Costume and Textiles Collections Lab at The Valentine Museum in Richmond, Virginia, as well as a gallery of objects that convey the identity of the local area. Overall, the exhibition allows visitors to understand and interpret identity through dress rather than the other way around.

The exhibition addresses the scientific side of costume history via conservation and discusses the reasons to conserve, and examines the basis of why we are drawn to history, in particular costume history. Through the exhibition, we are introduced to Mrs. Martha McNeill, who owned mourning jewelry containing her father’s hair. From her Victorian hair work necklace, there is a connection through her father to the foundation of Richmond as a community of medical invention and museums, as her family were connected to the advent of both. The impact of an individual can be like ripples on a lake, and the objects are a concrete way to visualize this.

In part one of the exhibition, the overall emphasis is archives, museum collections, and how preservation of objects through cataloguing, mounting, photographing, labelling and general preparation of artifacts for storage occurs, asking why it is of value for the general public as well as historians? This section is the more immersive with a shiny replica of a working lab, affording us a rare look into the backroom of costume history and museum conservation; the museum staff’s conservation work creates the focus of the exhibit. The different mannequins illustrate how the way clothing is displayed can affect how it is read and understood.  Another aspect of part one is the impact of the museums’s collection on the perception of the local area. As the largest collection of costume objects in the American South, The Valentine addresses how their collection is relevant in the scientific, historic, and political modern day. There is a balance of information and opinion. The examples of mounts, mannequins, and storage methods all expand how costume history is care intensive to the average viewer.

The next section of the exhibit, part two, then explains why such need is justified. The displays are clear, informative, and the objects chosen for display are a rare insight into how dress and social history are intertwined.  Part two of the exhibit takes on a more political approach as objects represent the local, Richmond area and range from ceremonial robes of the Independent Order of St. Luke, an African-American fraternal organization, dating from the 1910s and double Greek Orthodox wedding crowns of the late 1940s. Each object represents an individual, the story of how and why the object was used, and its symbolism. While a worthwhile goal and idea, the message communicated was occasionally more focused on political relevance than costume history. Items from 2013 and 2016 were present, which were a welcome addition as they represented the first legal gay marriage in the Richmond area, but it focused so much on current political messages that it failed to properly dive into the importance of other, older, more mysterious objects.

The emphasis on the belongings of individuals in the local area, such as the 1842 Masonic apron belonging to Allen Young Stokes (1819-1886) or the 1913 Suffragette button and sash worn by Marion T. Read (1876-1972), told a story bigger than themselves. It developed a beautiful image of pockets of time, where the little acts of memory were contained in objects. Mrs. Read’s button and sash were worn on the day she marched in Washington, D.C. for suffrage, and she became trapped on Pennsylvania Avenue by a mob. Mr Stokes, not a Richmond native, joined the Masons to make business contacts and connected himself to the area he had chosen as his home. Even the Greek Orthodox double wedding crowns belonged to Keke Erminy Lampos (1922-2018) and Thomas Frank Lampos (1916-1989), second generation immigrants who married in 1949 in the local Greek Orthodox Church. All the individual objects created a collage of Richmond, and in turn many other cities of the American South, as a whole moving from masons to suffragettes to some of the first same-sex married couples in the United States.

While the objects themselves were of interest, the second half of the exhibit, and its obvious political message, struggled to match the exciting nature of the exhibition’s first half.

‘Dressing Identity: Caring for Collections and Understanding Ourselves’ is currently on display at The Valentine in Richmond, Virginia, USA. 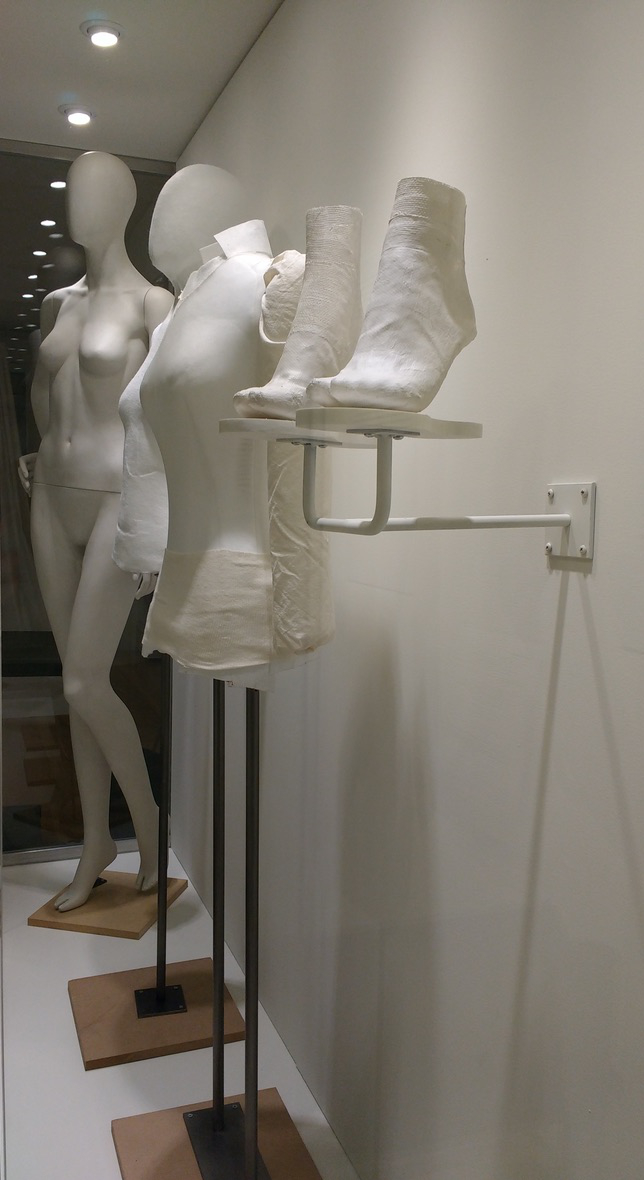 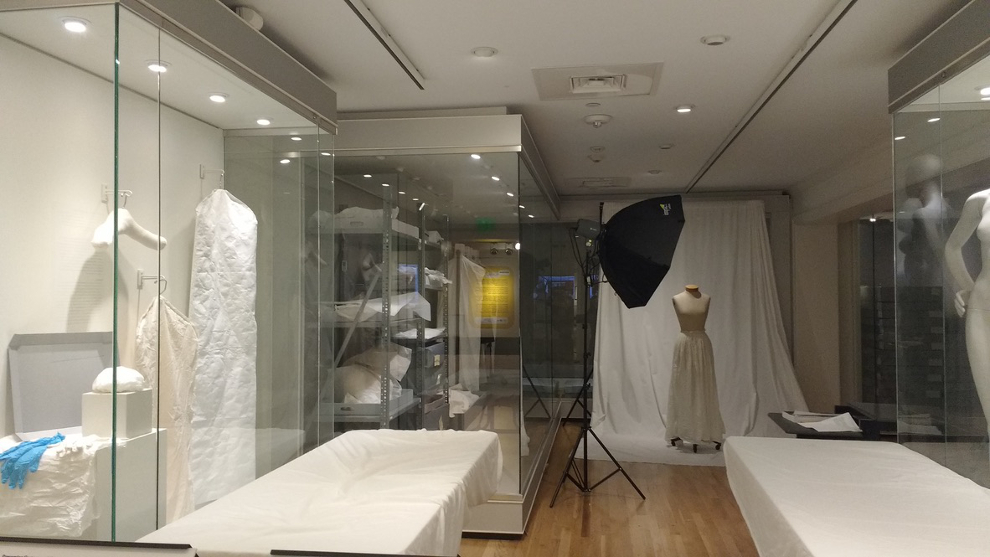 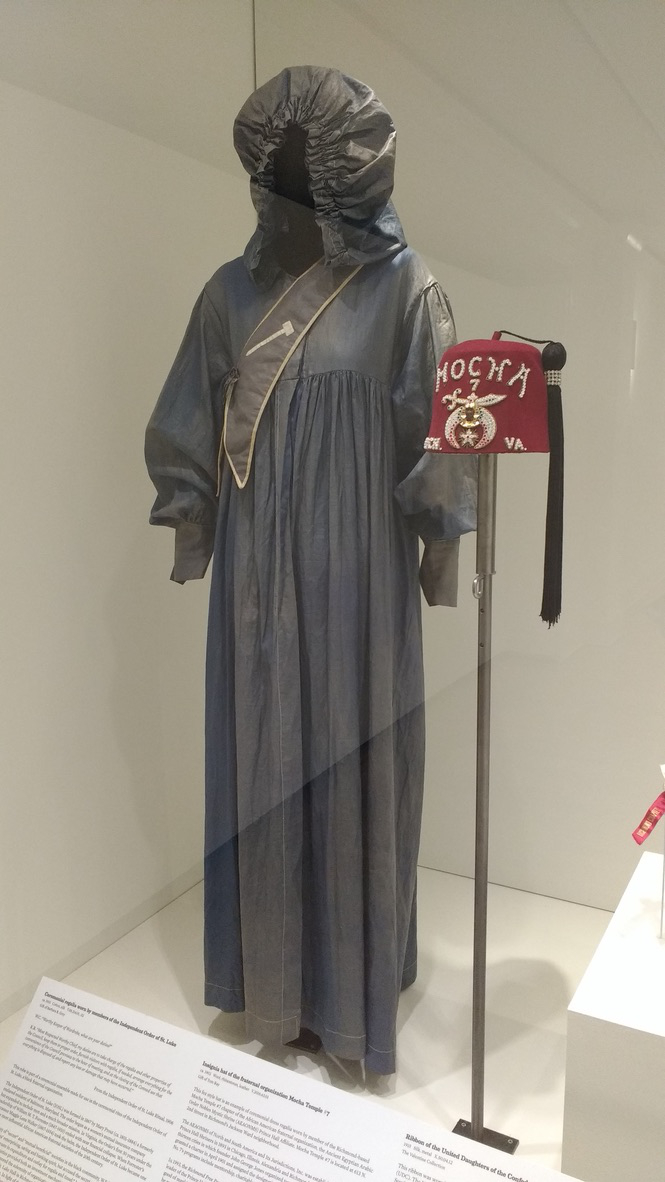 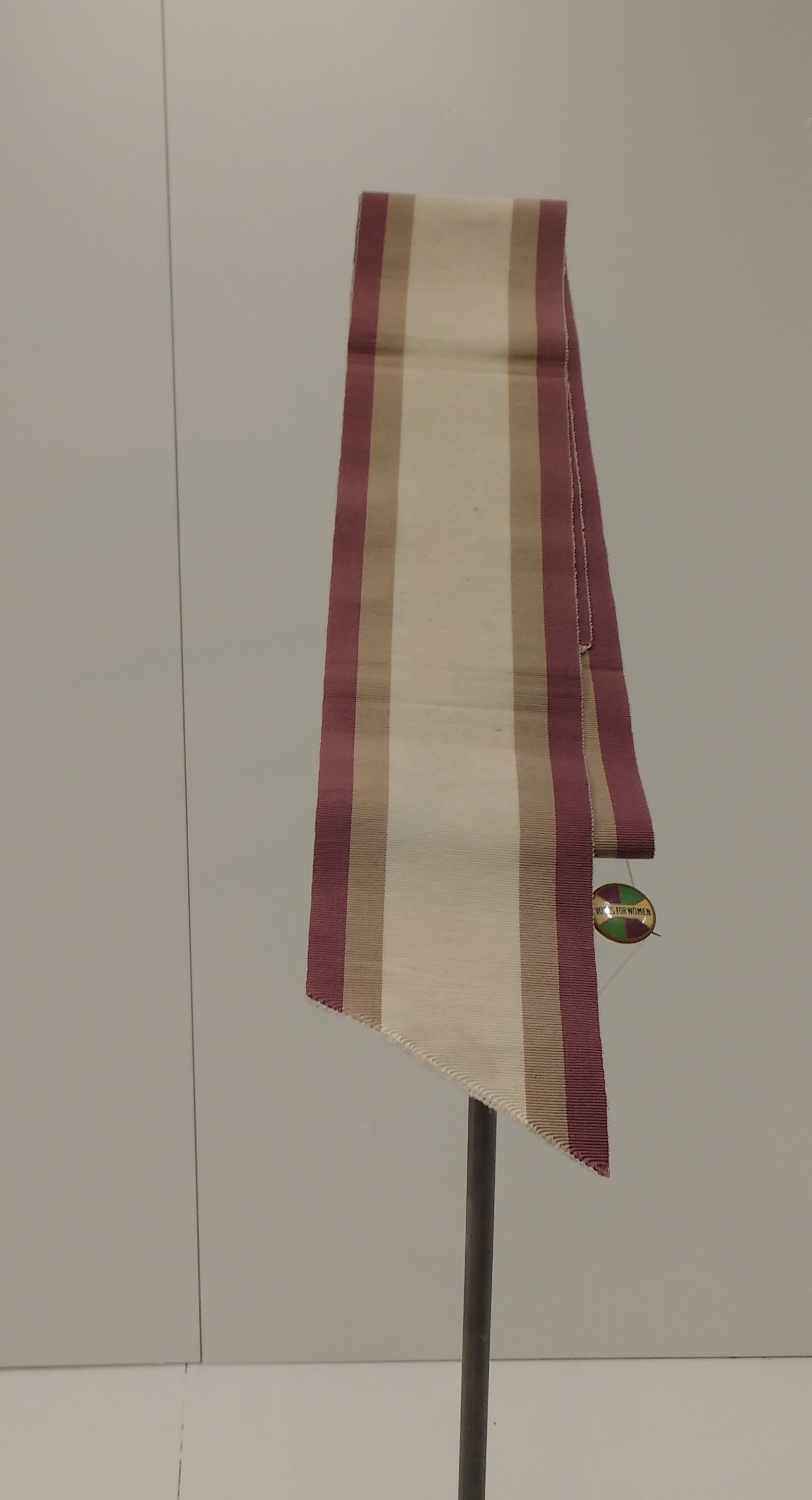 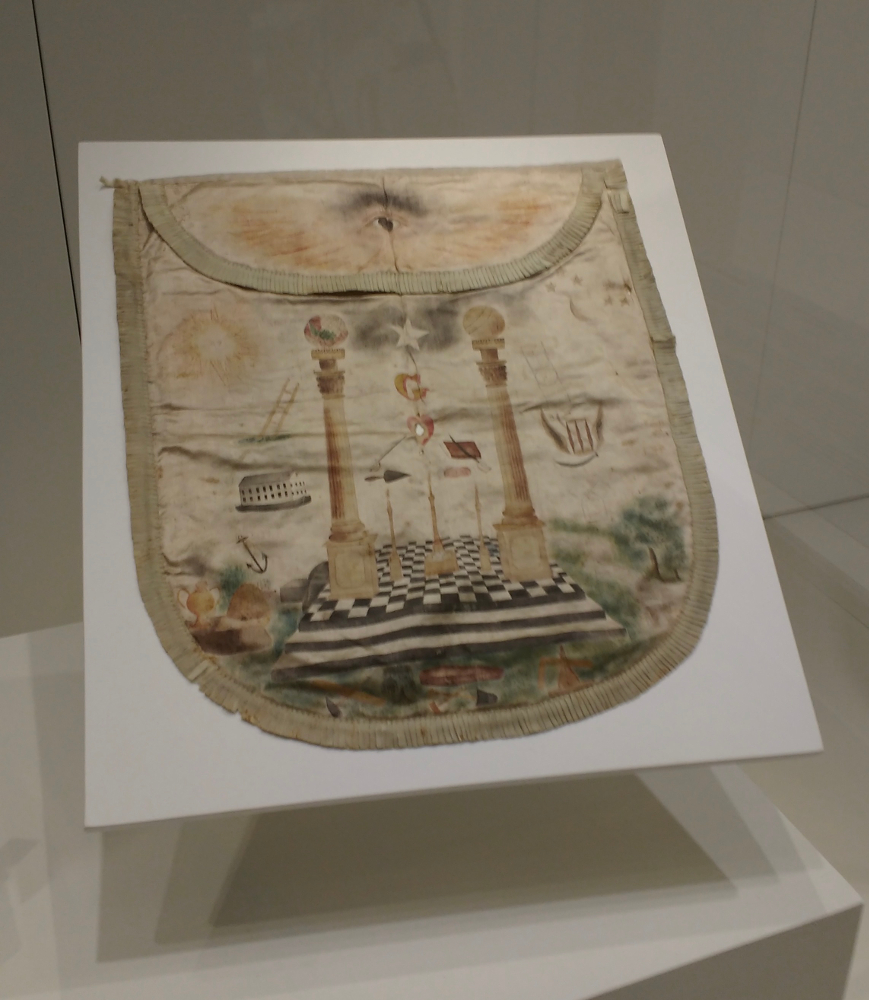