In the final blog of our Guest Blog Month, Francine McMahon explores satirical cartoons of fashionable dress in the 18th and 19th century. 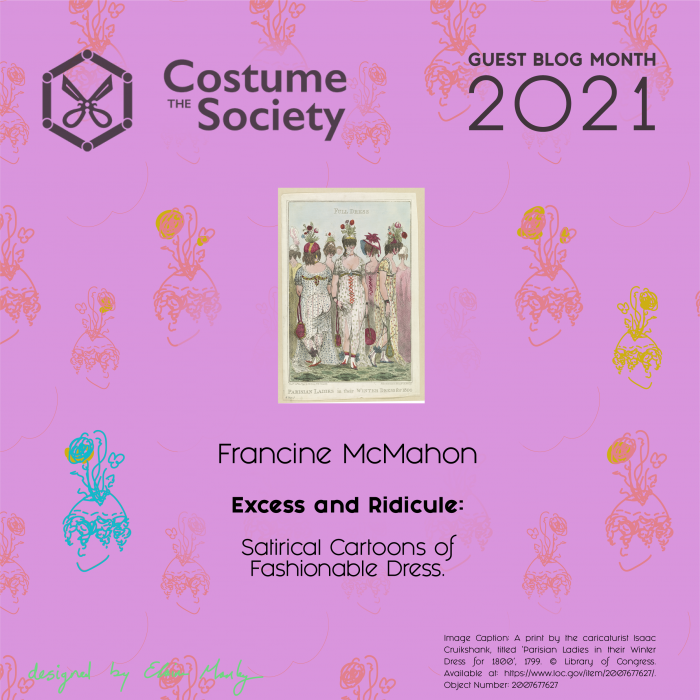 As Guest Blog Month comes to an end, we wish to extend our thanks to our nine contributors for all their hard work since late April. The aim of Guest Blog Month was to showcase a wide range of topics from contributors from various backgrounds.  From paper dresses to fashion plates, they each took the theme of Clothing on Paper and explored it in a variety of ways, offering readers an amazing insight into their research and practice.

We also wish to thank Elaine Manley for her work on the promotional material for the event.

In our final blog of the month, Francine McMahon explores satirical cartoons of fashionable dress. Her exploration of these cartoons centres on three case studies, accounting for the rise of such cartoons and the fashions that were targeted.

When talking about ridicule in regard to fashion choices, arguably the most common association made would be present-day media criticism. However, public critique of dress is not a contemporary concept; satirical cartoons were particularly prevalent within the eighteenth and nineteenth centuries, and fashion was a topic not out of bounds for this popular medium of social commentary. 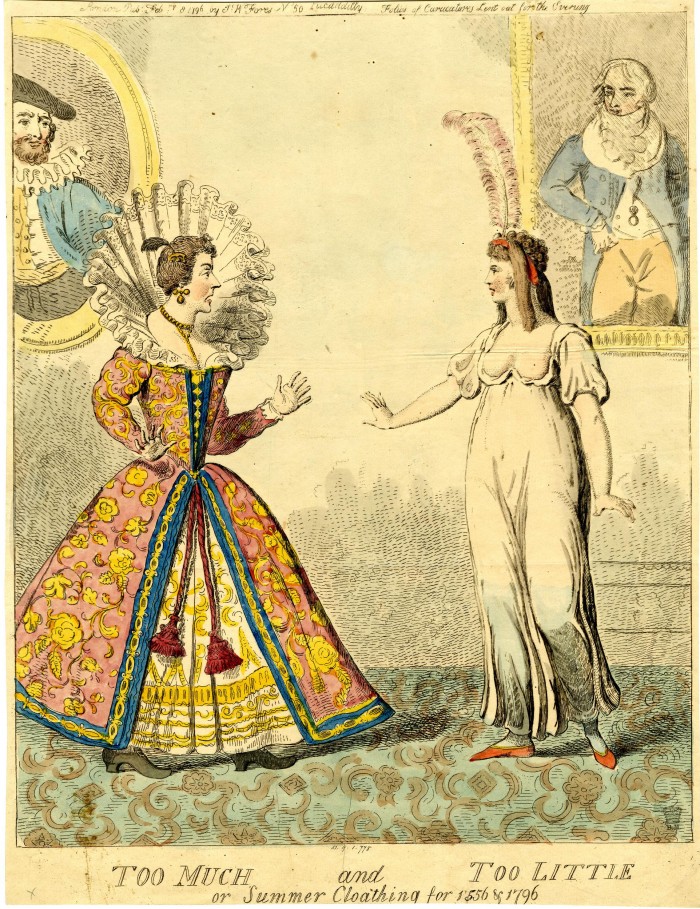 Figure 1:A print by the caricaturist Isaac Cruikshank, after George Moutard Woodward, titled ‘Too much and too little or summer cloathing for 1556 & 1796’, 1796. © The Trustees of the British Museum

There are some factors that make this particular time period a significant point of popularity and growth for sartorial satirical cartoons. Firstly, the emergence and spread of print media in England in the early eighteenth century [1]. Additionally, professional and commercial opportunities were growing, meaning more people (although, of course, still a minority within society) were able to attain some wealth [1], enabling them to be able to afford to keep up with new fashions. Fashionable dress was no longer reserved just for the courts of monarchies, so – although continuing to be for the rich and elite – public awareness of dress trends would be greater than it would have been in previous centuries, and so more susceptible to public ridicule. This post will explore three fantastically flamboyant trends that were targeted in these cartoons.

The first of these three ridiculed trends is that of eighteenth-century translucent empire line dresses, seen in Isaac Cruikshank’s print [Figure 1]. Isaac Cruikshank was a prominent caricaturist and printmaker during the Georgian era [2]. His portfolio of works includes another sartorial themed one as seen here, depicting Georgian ladies in their fashionable revealing dresses. Extended access to fine fabrics from across the globe, including countries in Asia, gave European women fabrics such as fine cotton muslin [3]. Muslin gave an incredible ethereal quality to clothing and was so finely woven that dresses were translucent. This developed a desire to enhance the translucency, leading to some women reportedly dampening their dresses to ensure they clung to and showed their bodies [4]. 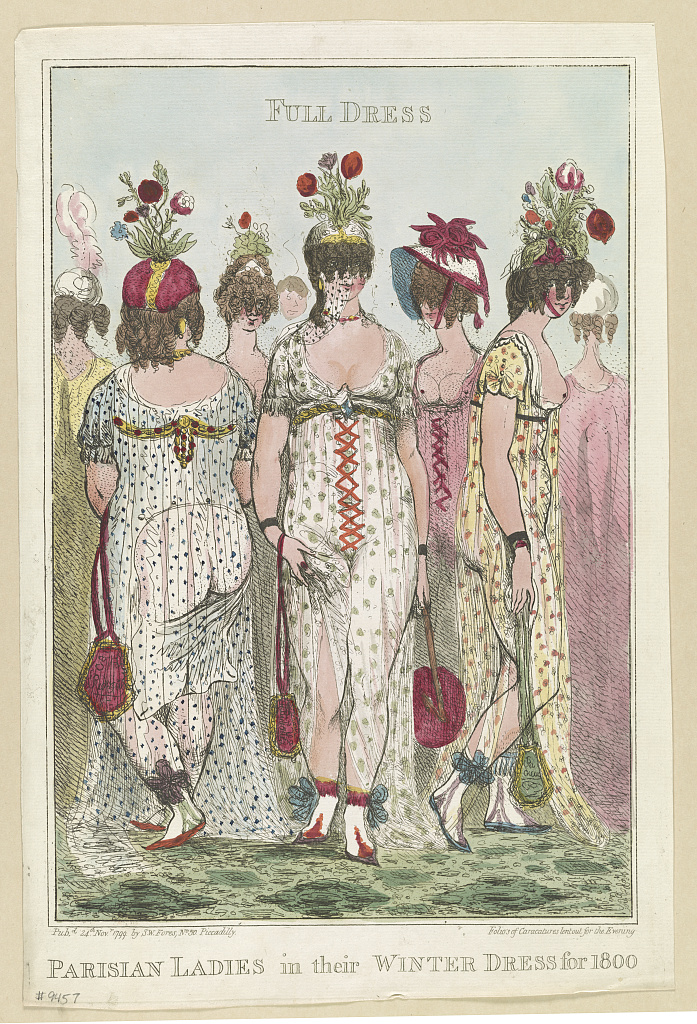 Figure 2: A print by the caricaturist Isaac Cruikshank, titled ‘Parisian Ladies in their Winter Dress for 1800’, 1799. © Library of Congress.

As demonstrated by Cruikshank, this trend was seen by some as laughable, and impractical[Figure 2]. The caption, ‘Full Dress’, subtly demonstrates his ridicule of the idea that these outfits were complete looks, even in winter, given that they displayed so much. Even though Georgian Britain is known for excess, it is still interesting to see how exposed women were able to be at that time, and indeed how in vogue it was to be so, even if Isaac Cruikshank did not understand it.

While satirical prints were a predominantly English phenomenon [5], across the Atlantic, women in South American cities faced ridicule for subscribing to the trend of wearing peinetones during the decades between the 1820s and the 1840s. Peinetones are large combs, worn in the hair. They vary in size, but some are incredibly large. Swiss-born, Argentinian-based illustrator and lithographer Cesar Hipolito Bacle [6] created several comical scenes of women creating havoc with their oversized peinetones. One such example is that of a woman having to have a doorway broken down in order to be able to fit her peineton through it [Figure 3]. It is impossible to tell from the lithograph, but peinetones worn in South American cities, such as Buenos Aires and Rio de Janeiro, were made from turtle shells [7]. What can be seen is the incredible and intricate designs carved into them. They are a true and undoubtable example of excess in fashionable dress, which, as we are familiar with at this point, made them an open target for ridicule in fashion cartoons. 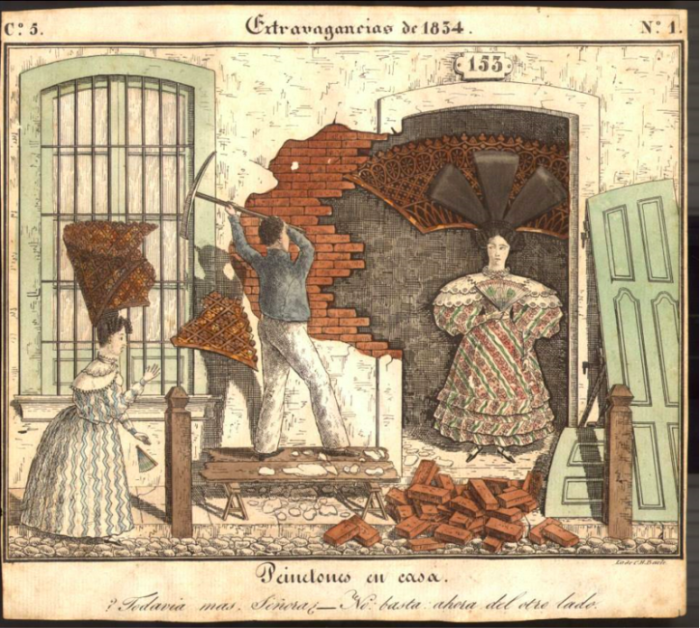 It is not only women who have faced mocking at the hands of caricaturists; men played victim to this too. One such trend is that of eighteenth-century macaroni men. While the concept of the macaroni did not apply specifically to clothing choices at its conception, it came to be most closely identifiable through their distinctive appearance. This was susceptible to ridicule particularly given that across Europe during the eighteenth century, fashions for the male elite tended to veer away from the flamboyancy of earlier periods of male dress, and instead favoured dark colours, tailoring, and less luxurious fabrics. Hence the perceived extravagance of the macaronis stood out against these more severe styles sported by the wealthy. 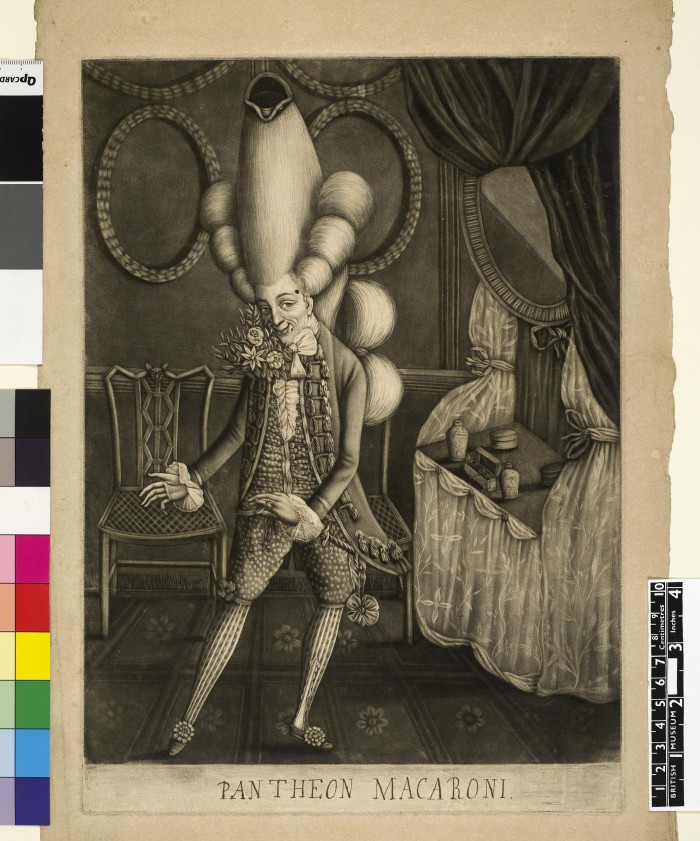 Figure 4: A print by Philip Dawe, titled ‘Pantheon Macaroni’, 1773. © The Trustees of the British Museum.

The name macaroni derives from the Italian pasta dish of the same name; many men who undertook the Grand Tour became enamoured by Italian style and culture [8], on which the macaroni concept, and in turn style, is inspired. Macaroni men could be distinguished by tall, curled wigs topped with small ‘Nivernois’ hats, brightly coloured fabrics, lace trims, and tailcoats [8]. In silhouette and components, this was not so far removed from the mainstream style of gentlemen at the time but was an extravagant and almost caricatured version of the elements of the style. The wigs, in particular, drew attention, as they were exceedingly tall – much more similar to ladies wig styles – powdered, and the queue at the back tied with a bow [9]. The style was seen as effeminate, and indicates not only that extravagance in modern society is associated with femininity, but also that femininity is a key target for ridicule in fashion. So much so that as a genre of caricature, the amount of macaroni prints from the eighteenth century is second only to political satire [9]. This ridicule extended beyond paper, with macaroni fashion also becoming a suitable masquerade costume [Figure 4].

Whether in the eighteenth century or the twenty-first, the presence of ridiculing of fashionable trends raises the question of what characteristics make something fashionable, if not admiration or respect? Whatever the answer, it is clear that excess has great appeal in the sartorial world, most likely for what it can tell us about the wealth or position of the wearer, but also - I’d like to imagine - in part for the joyous nature of wearing items that verge on the ridiculous.

Francine is a post-graduate student at The University of Manchester where she studies on the Art Gallery and Museum Studies programme.

Have you booked your place for our online conference Clothing on Paper yet? We will be live for 4 sessions over 5 days in June and July, so you can join us from anywhere in the world!

[1] British society by the mid-18th century. 2021. Britannica. Available at: https://www.britannica.com/place/United-Kingdom/British-society-by-the-mid-18th-century