We are excited to announce the launch of our new 'Grant Legacies' blog post series. In this inaugural article, we catch up with MWEG 2020 recipient Millie Ross and her work on Captivating Costume, a new costume exhibition at Hartlebury County Museum.

Receiving The Costume Society Museum Work Experience Grant in 2020 enabled me to gain genuine, hands-on experience working with Worcestershire’s County Costume Collection. Much of this work consisted of cataloguing the costume collection, but it also introduced me to a new project which was to install Captivating Costume, a new costume exhibition at Hartlebury County Museum.

The Grant allowed me to work on researching historical fashion through the ages which would inform the content of the interpretation panels and be used as a guide for selecting the costume for the Hartlebury exhibition. I was then fortunate enough to continue to work on the exhibition after the research stage and help with the installation.

My research was used to create a timeline. This allowed me to document the changes in fashion chronologically, which was the overall aim of the exhibition.

After documenting changes in fashion, the Costume Curator and I started picking out the garments from the costume stores to exhibit, ranging from the late 1700s up until the 1970s. We chose many pieces to ensure we had options, making selections based on how well pieces worked together and ensuring there was variety. These were then frozen at -44 degrees for two weeks to ensure they were all pest free. We also selected accessories including bags, jewellery and shoes. 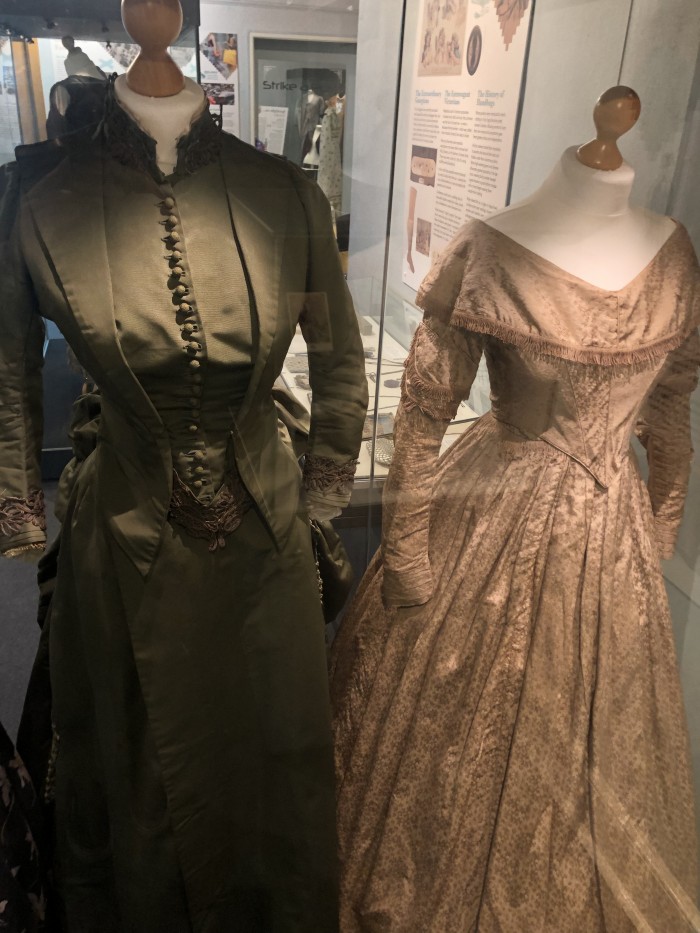 During this time the museum was shut (usual practice over the January period) which meant we could frequently visit the gallery space to continue planning the next stages. Several of these visits involved deinstalling the previous exhibition and freezing those costumes so they could be returned to the stores.

Once we had spent a while selecting and preparing the costume for exhibition, we had an intense week of putting all the components in. In total there were four large costume cases to change, one open display of costume and four smaller cases of accessories. The old panels were swapped out for the new and the mannequins were dressed. This was a longer process than one might think as we had to carve polystyrene mannequins down to fit the Victorian dresses’ waists, and these were mannequins which were small to start with. This process happened over a couple of days, as checking the fit of the dresses against the mannequins took some time.

I think carving the mannequins also gave me a greater appreciation of the way that clothes have governed the form of the body. We had to remove so much of the waist whilst keeping the chest intact which was all down to the shaping of the corset when on a real body. It was quite surreal to see the garment on the mannequin.

I really enjoyed dressing the process of mannequins, especially the 19th Century green bustle dress, as it challenged me to use my own research and knowledge of fashion history. The dress had some wear to it where some pleats had come unstitched, so the overall form needed securing to re-create the well-known bustle shape. It was also very satisfying to find such amazing pieces of costume and help display them. 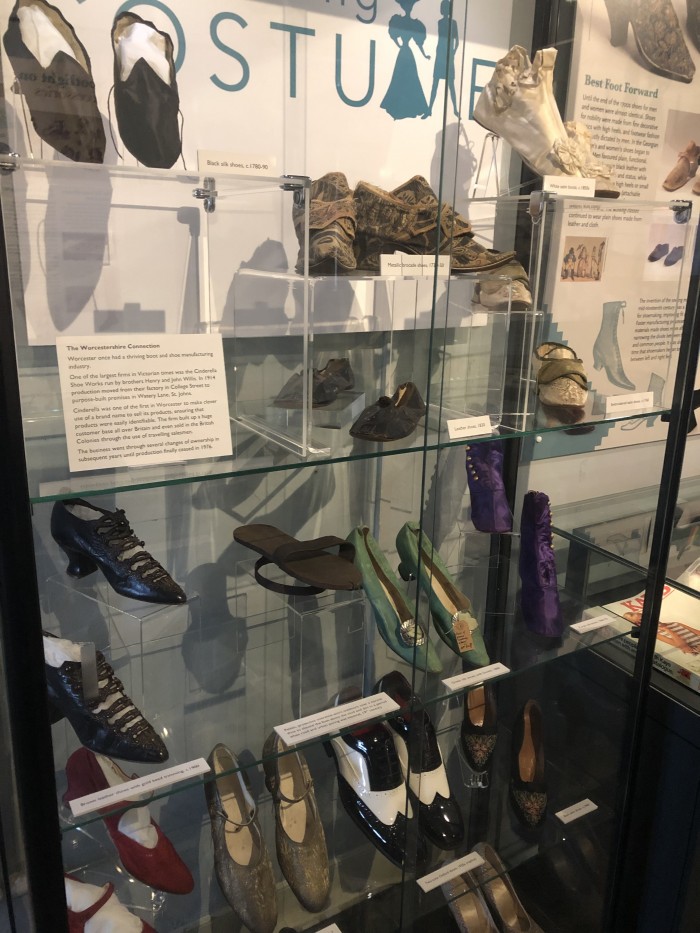 The shoe case ranging from late 1700s to the 1970s, Captivating Costume exhibition

In-between installing the cases the interactives were set up. These included 1980s fancy dress with matching shell suits, neon net gloves and skirts. The Worcestershire collection is lacking in 1980s clothing so we chose to exhibit key pieces from the era to highlight this. There is also a magnetic game of “match the fashion to the right era” - so, for example, under 1970s would be the gentleman in vibrant clothing. We also brought in a stylish dressing table which is filled with varying accessories. The aim of the game is to match all the same era’s accessories together, such as the 1920s short wig and pearls.

I feel very fortunate to have experienced this other side of collections work. It has made me appreciate all the different parts that have to happen to be able to create a comprehensive exhibition. From the start, where the research governs the direction of the exhibition, to finding and selecting items and then installing them ready for the public to see, the process has been really enjoyable.

Museums Worcestershire has an incredible variety of costume, so helping the public to see a small selection of these was very rewarding. This was the first time I had assisted in installing an exhibition and I found it gratifying work as well as learning much more about the history of fashion. 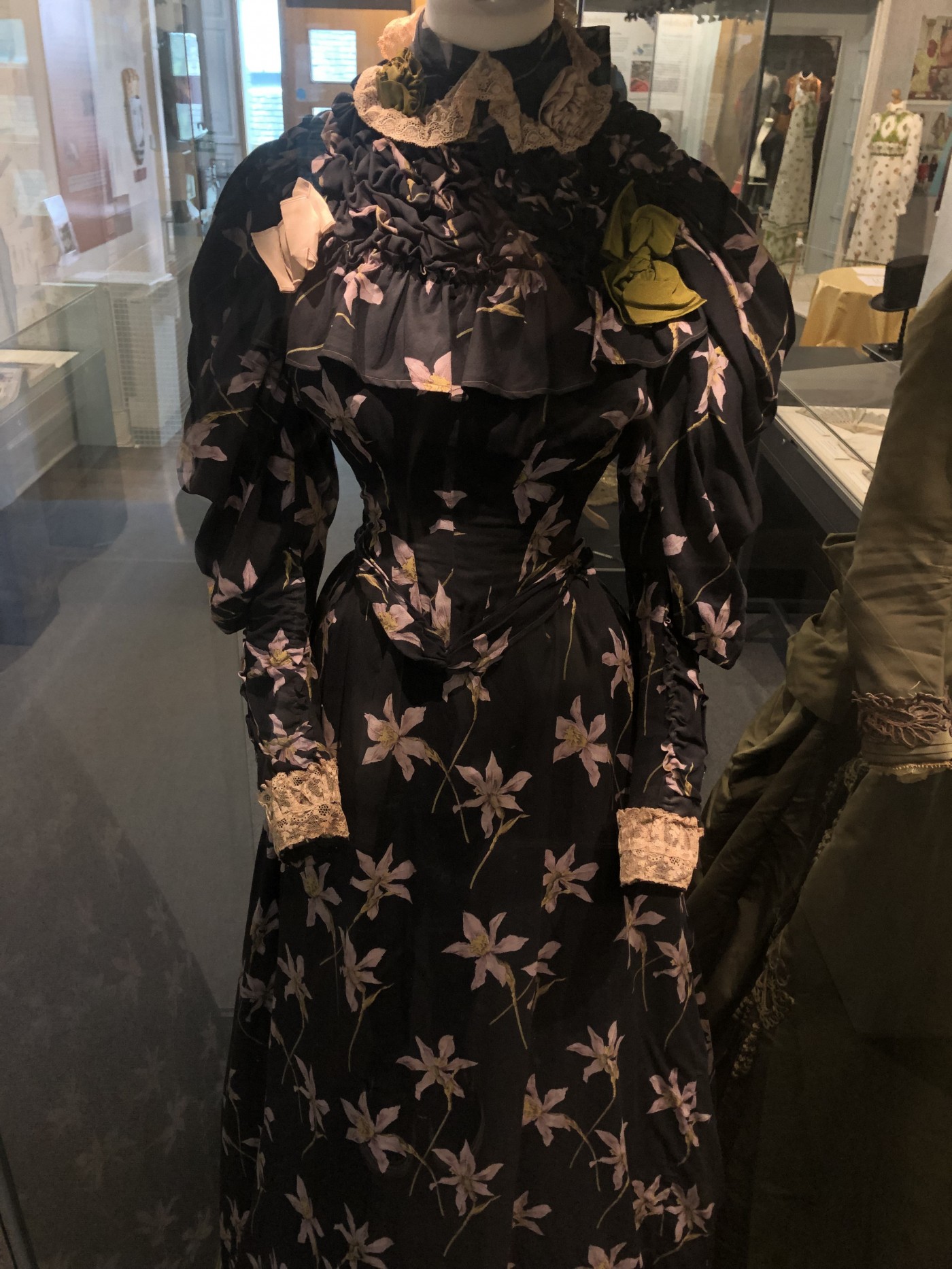 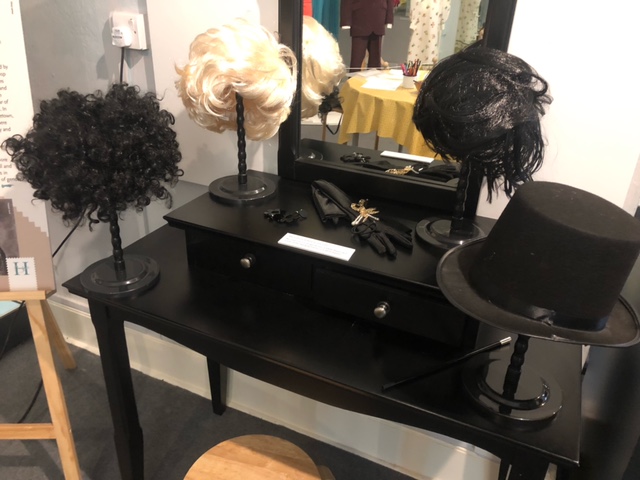 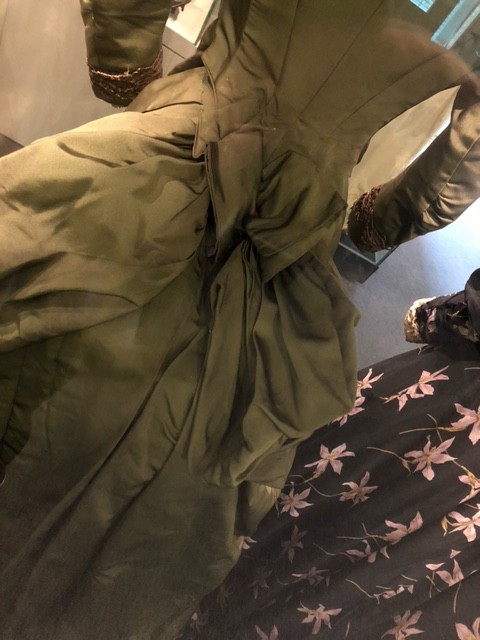