Some of my earliest memories stem from spending time with members of my maternal grandmother’s family and listening to stories about growing up in Ireland between the 1920s and 1960s. Their recollections had an emphasis on the obtainment of fashionable clothes in numerous ways ranging from home dressmaking, utilizing paper patterns from magazines, or buying or borrowing second-hand clothing (image one).

Personal memories of dressmaking from women of my grandmother’s generation form a key aspect of my work as a dress historian. These memories extend to how these women learned knitting, embroidering, and making clothes from paper patterns in school in the 1920s and 1930s. Therefore, it is not surprising that my grandmother went on to work as a ‘finisher’ on garments in Warner’s factory in Dromore when she left school in 1936 (image three). After starting work in 1936 my grandmother and her older sisters supplemented their income by producing clothing from paper patterns for friends and family. They were amongst thousands of women across Ireland who utilized paper patterns, especially patterns for day dresses and evening frocks, to make extra money when the norm was for women not to work outside of the home. 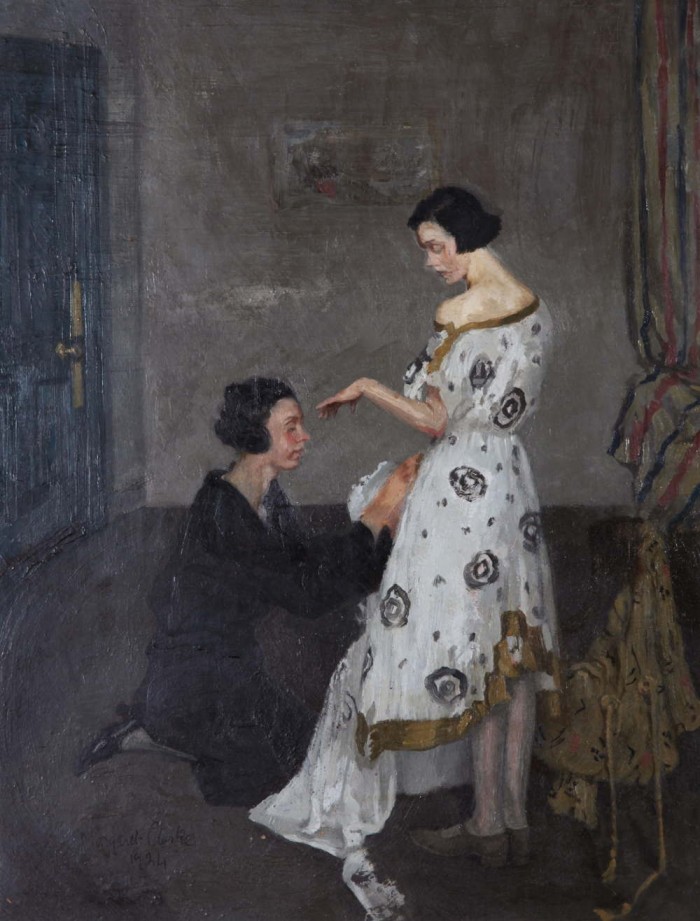 The sewing skills that Irish women gained were often passed on from mother to daughter. There was great pride taken in the showing of these homemade items particularly if the paper pattern was for a similar dress worn by Greta Garbo or Jean Harlow in your favourite film. During the 1930s this home dressmaking skill became incredibly important as the depression affected family budgets across Ireland (image three). Adapting, mending, or re-making garments became highly important in a bid to both remain fashionable for some women and to supplement a meagre income by adapting and mending garments for others.

However, a true overview of how many women undertook dressmaking as a profession is unclear as early census returns for Ireland did not record work undertaken within the domestic sphere of the home. Thus, making a true statistical analysis of how many women undertook dressmaking as a leisure time hobby or as a profession virtually impossible to complete. Nevertheless, these skills were increasingly important with the advent of World War Two in 1939 and clothes rationing introduced to Northern Ireland on 1st June 1941 with sixty coupons and in 1942 in the Republic of Ireland with seventy-eight coupons. In southern Ireland, a three-piece suit was thirty-five coupons, a dress twenty-three and a coat twenty-five and in Northern Ireland, similar items included a dress for eleven coupons and stockings for two coupons (image four).

Clothes rationing was widely ineffective as there was already a large-scale black market for clothing in Ireland at this stage.  Paper patterns and a ‘Make Do And Mend’ attitude also helped women make the most of their clothing across Ireland during this period. The British Government’s promotion of ‘Make Do And Mend’ was lost on most women in my maternal grandmother’s family in that making do and mending was part and parcel of everyday life; even more so when clothes rationing was introduced. 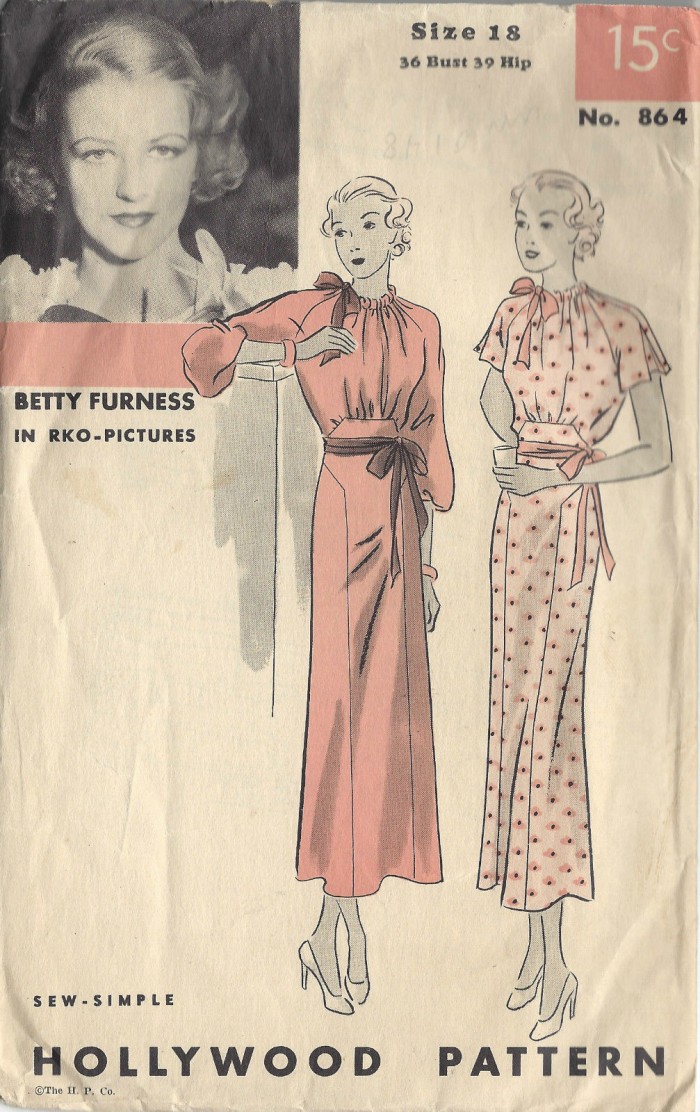 My grandmother and great-aunt’s memories of home-sewing and ‘re-designing their fashion dreams’ were most prominent with memories from the post-war era. The late 1940s and 1950s were a time when they could afford to buy more expensive fabric and utilize paper patterns, such as paper patterns of Sybil Connolly’s couture pieces (image five). This was further echoed by my great-aunt Meta who regularly sewed her own everyday clothing influenced by Sybil Connolly and Irene Gilbert clothing from paper patterns or she adapted old clothes to suit her needs (image five). As the 1950s progressed and my female relations’ disposable incomes increased, they were able to afford better-made ready-to-wear clothing and home dressmaking for them became more of a hobby rather than a necessity. They continued to utilize paper patterns from women’s magazines and from mail-order subscriptions but by 1960 these items had become more glamourous evening dresses or business-like skirt suits rather than the utilitarian dresses, cardigans, and skirts they made in previous decades.

Additionally, women such as my grandmother and great-aunt have been somewhat overlooked within the canon of Irish history, as until the 1970s their history was seen as commonplace or ordinary which thank goodness has changed in the twenty-first century. It is important that dress historians, and historians of other disciplines, continue to redress and reanalyze the everyday lives of ordinary working women and how they fit in a nation’s history in both a local and national context. It is important to remember these women’s fascinating histories especially as people of those generations begin to pass out of living memory. This blog post has given a generic overview of the experiences of women from Ireland and their experiences as arbiters of their own fashion taste when ready-to-wear clothing was either too expensive or shoddily produced. These women may have been overlooked in the canon of Irish history until adjectively recently but it is hoped with blog posts, conference papers, articles, etc. the rebalancing can happen to ascertain their rightful place in both Irish history and Irish dress history.

Rachel Sayers is an early career dress historian currently working as a curator and historian in Ireland. Rachel’s work as a dress historian concentrates on the social, leisure, and domestic history of twentieth-century Irish women through the guise of dress history. Rachel is a Costume Society member and was an Ambassador from 2017 to 2018. 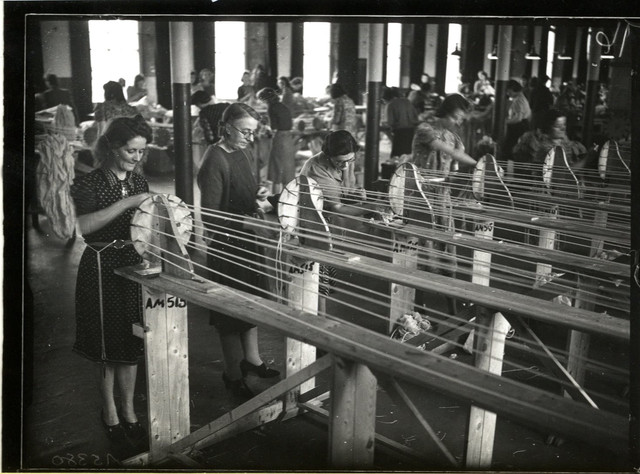 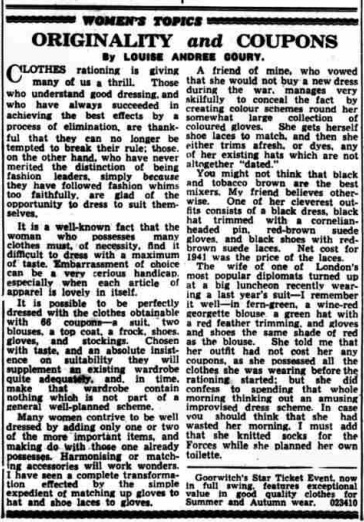 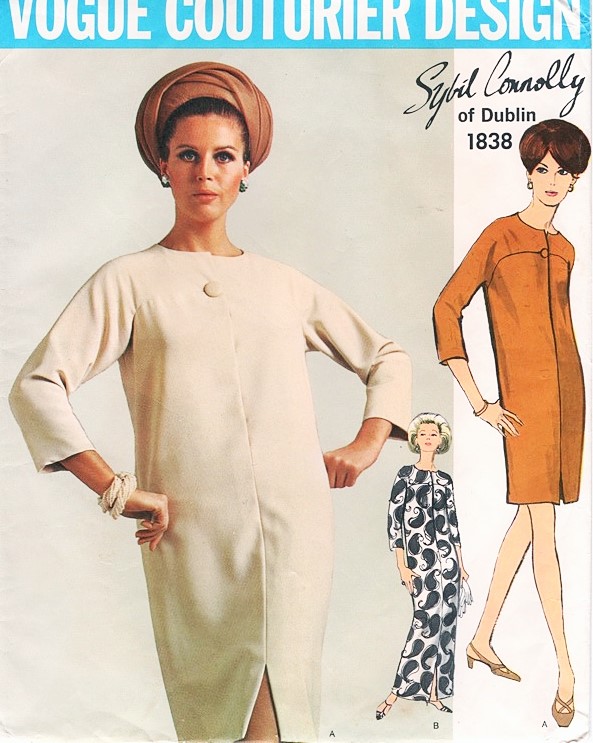