Sparkling thoughts and gleaming garments: The story of a satin gym-set

In this week's blog, costume researcher and designer Annie Stannard explores sports uniforms and how they mirror discourses around the role of women, femininity and their place in public culture.

Sports uniforms for women have often revealed the disparities between ideal concepts of femininity and women’s actual lives, mirroring discourse around the role of women, femininity, and their place in public culture. However, fashion sometimes unconsciously can be a powerful tool in challenging patriarchy.

This ‘Gym Set’ c.1930s from the V&A collection (image 1), the official uniform of the Women’s League of Health and Beauty, a fitness organisation founded in 1930 by Mary Bagot Stack (1883-1935), could certainly be considered such a challenge at that time. By 1938, 166,000 League members in Britain were wearing the glamourous white satin blouse and black knickers – designed to mediate the tensions of being an active woman at that time.

The new athletic image of womanhood both embodied power and vulnerability, as tensions arose around concerns that vigorous exercise had a damaging effect on the female form and its reproductive capacity, whilst others argued that fitter women produced healthier offspring. This resulted in certain activities being deemed more gender appropriate, such as modern dance and movement which promoted grace and posture in women, whereas mainstream/competitive sports were thought to rob them of their femininity. Physical culture movements like the League with its motto, Movement is Life, provided safer, alternative forms of physical recreation, ideologically opposed to harsh exercise regimes. As writer Angela King has noted women operate within the social construct of femininity, subjugated by prescribed activities women should engage in, clothes they should wear to preserve appropriate womanliness (their moral obligation to preserve their energy for childbirth), and so on. 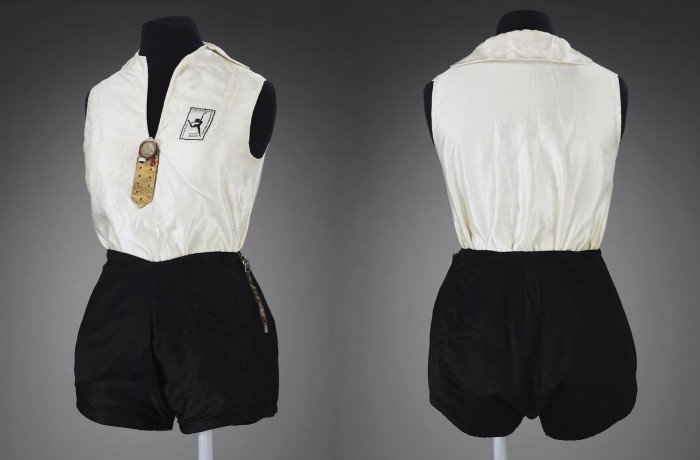 This gym-set demonstrates how Stack understood the complexities facing the modern woman – the ideals of the League carefully balancing/promoting older ideals of femininity, motherhood and domesticity, with newer aspirations of liberated bodies. The fact that membership soared between 1930-39 speaks to the popularity of her vision for women at that time - this made possible by the League creating a socially accepted public image and from its national recognition through a government alliance.

The knickers/blouse were also worn during mass displays of Stack’s system of exercises, where members moving in unison created graphic/dynamic shows, reminiscent of the contemporary musical performances of the British Tiller Girls and the American Busby Berkeley showgirls and resulting in women entering the public realm wearing far less than was previously permitted. The uniform was adopted to negotiate women’s new relationships between public and private worlds.

Perhaps unfamiliar to us today, unrestrictive clothing and the benefits of mass exercise outdoors signalled then new ways of living and new freedoms for women. Whilst the League’s uniform and choreographed routines could be paralleled with the large fascist rallies of the time, participation in the classes and League displays were voluntary, creating an atmosphere of fun and friendship that Stack hoped would promote the League’s message of peace. The League’s uniform achieved to be a lure to those women who aspired to be one of its glamourous members, whilst at the same time, it had become publicly perceived as the sartorial symbol of all women’s Health and Beauty exercise movements, carefully constructed by the League to celebrate the female form.

Stack’s sister, Nan, a West-End dress designer created the uniform (setting a future trend for uniforms commissioned from fashion designers) and may have been influenced by the costumes of British stage performers at the time - see similarities to the Tiller Girls (image three), a certain showgirl-type glamour appears intended by the uniform’s designer.

Cruickshank (1937, p. 128) recalls Stack’s reasoning for the design/material of the uniform:

Once when a visitor remarked that she could not understand why members spent so much on satin uniforms and pointed out that cotton was cheaper, Mary replied hotly that she would not dream of suggesting to her girls that they should appear in anything drab. ‘Sparkling thoughts’; she had written ‘should find their expression in gleaming garments of the best quality that could be afforded.

Stack saw the uniform as serving not just a functional purpose but also having the capacity to elevate the wearer in mind and body, promoting a feeling of self-worth by emphasizing the importance of image. 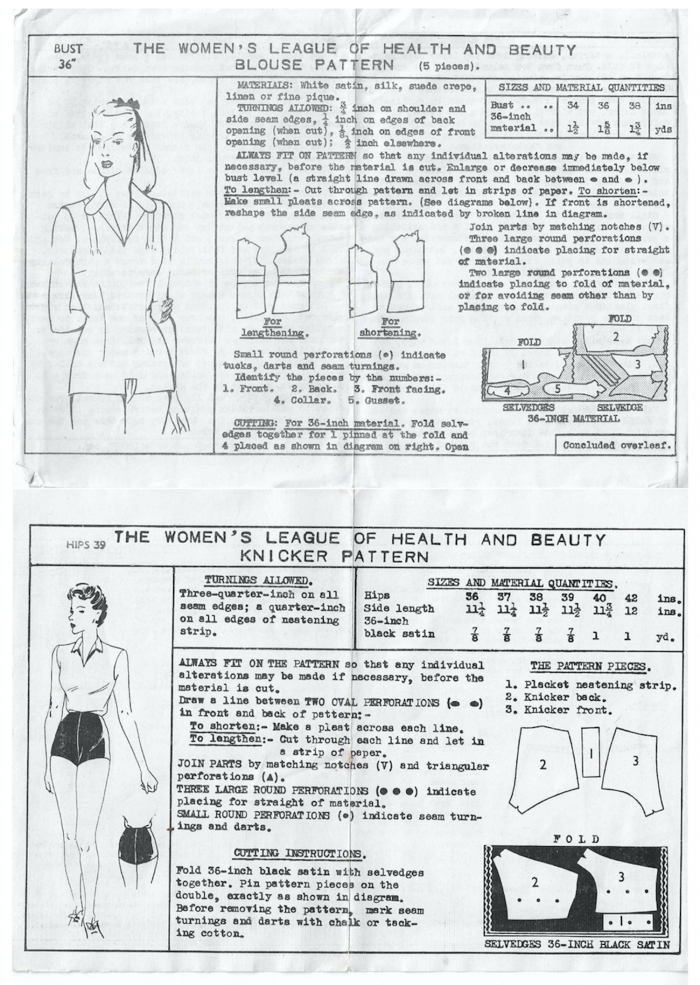 While one could buy a readymade uniform from the League, a paper pattern (image two) was also available for sixpence (£1.27 today), to provide an affordable option for all women who wished to join its exercise classes and public demonstrations. It could be argued that League classes enabled members to escape their professional and domestic worlds and that the uniform became a means for women to reconstruct their identities and self-govern their bodies at a time when the suffragettes had just achieved to get the vote and women were gaining unprecedented independence.

Touching documentary footage/interviews with early members reveal just how much the League meant to its members, who even continued to attend or run classes during WW2 (despite air-raids and changing venues week-to-week because of the bombings). Many talk of the enduring friendships made and their lifelong dedication to the League, carrying on the exercises well into their 90s – perhaps even in their original satin suits! These remained the official uniform until 1974, when an all-in-one leotard was introduced in nylon, with a white zip collared blouse and snug-fitting black pants - much to the dismay of many early members who appeared to place value in the tactile and aesthetic experience of the original satin set.

This uniform is a wonderful example of how through the material history of a gym-set, one can uncover the hidden lives of remarkable women. Helping to present an idealised image of the embodied modern woman, this uniform complemented and challenged – shaping prevailing attitudes, social policies, and voluntary activities in the pursuit of health and fitness for women during this period. Although the iconic black and white set is no longer worn, the League carries on under the new name, FL-exercise, and the dedicated teachers and members still appreciate and value its philosophy today.

Annie Stannard is a costume researcher and designer, currently undertaking a V&A / RCA History of Design MA at the Royal College of Art. 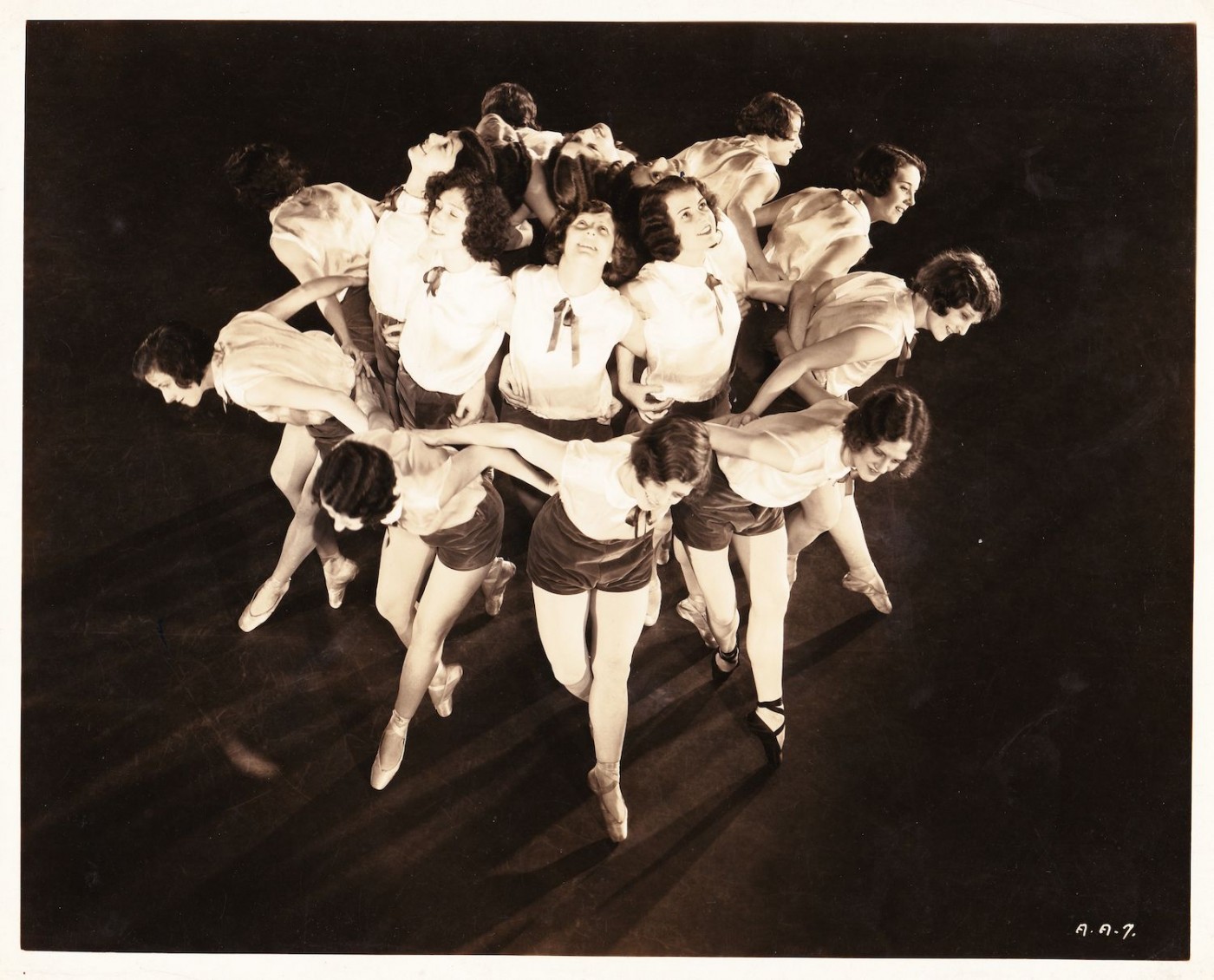