Win a copy of The Crown: Season Two in time for Christmas!

CONGRATULATIONS to our winners Rosie and Louise!  Your prizes are on their way to you.

Thank you to everyone who took part in this competition.

Look out for more competition news here and on the members page soon.

Have you admired the fabulous wardrobe created for the Sony TV series The Crown? Now's your chance to win a copy of the DVD of The Crown Season 2, featuring costumes designed by Emmy Award winner Jane Petrie, in a competiton for Costume Society members.

THE COMPETITION DEADLINE HAS BEEN EXTENDED!!!

Winner of 5 Emmy® Awards, including Outstanding Lead Actress in a Drama Series, the critically-acclaimed THE CROWN: SEASON TWO debuted on Blu-ray™ and DVD October 22 courtesy of Sony Pictures Home Entertainment. To celebrate, the release, we’ll be giving away copies of the DVD. All you need to do is answer the questions you'll find on the members page.

THE CROWN: SEASON TWO sees an end of the age of deference, and ushers in the revolutionary era of the 1960s, following Queen Elizabeth II from 1956 to 1964 as she continues to navigate her changing role on the global stage. From the Suez Canal crisis to the resignation of British Prime Minister Harold Macmillan under scandal, and the assassination of President John F. Kennedy, audiences are given an inside look into the challenges and triumphs of her reign.

THE CROWN: SEASON TWO Blu-ray™ and DVD will include all ten episodes along with two featurettes, “The Royal Rules of Etiquette” and “Horses & Hounds: The Queen’s Companions” and a gallery of on set photography. The Blu-ray also includes an additional exclusive featurette, “Fact or Fiction with Robert Lacey: Breaking Down the Pivotal Scandals,” which dives into which royal plot points were real vs. “imagined” and “Tea Time Trivia” which pops up fascinating trivia about the Royal family and the making of the show, for every episode.

Look out for an exclusive interview with designer Jane Petrie here on the blog soon.

To enter the competition, log on to the website with your user name and password and head over to the members page. Don't worry if you're not a member, it's easy to join online. Take a look at 'Join the Society' for details. CLOSING DATE FRIDAY DECEMBER 21st 2018.

And that's not all. If you'd like to attend the event at Heal's and Q and A session with Jane Petrie, all you have to do is contact us with your membership details at info@costumesociety.org.uk. Tickets are available on a first come, first served basis. You must be able to take your seat at the launch by 6pm, Thursday 13th December. The launch, organised by Sony pictures and Organic, takes place at Heals in Tottenham Court Road, London W.1 where some of the costumes from the series are currently on display. Hurry, tickets will only be allocated up until 4.30 on 13th December. 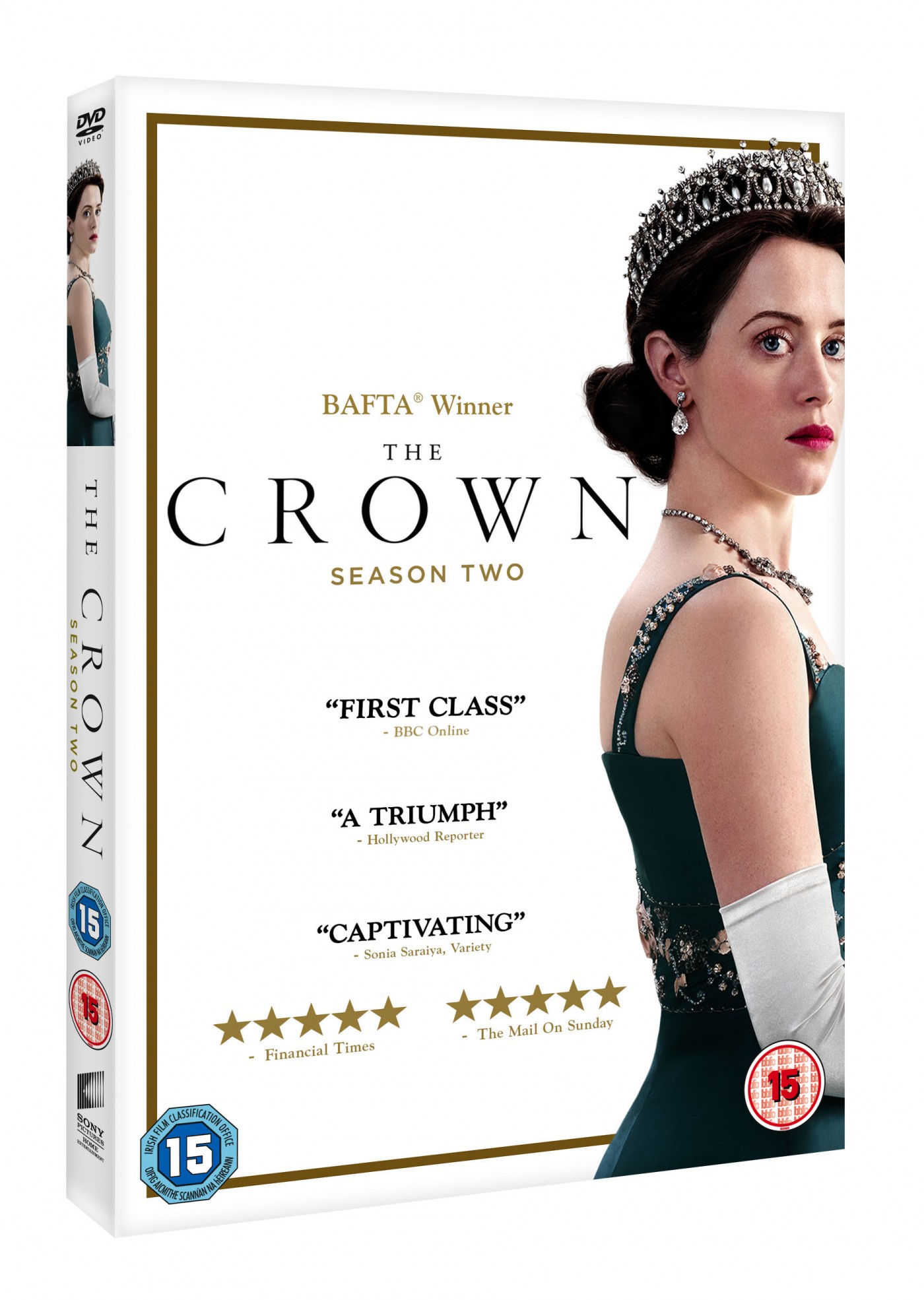 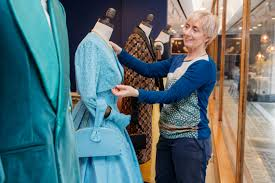 Costumes from The Crown are arranged for the Heal's display. 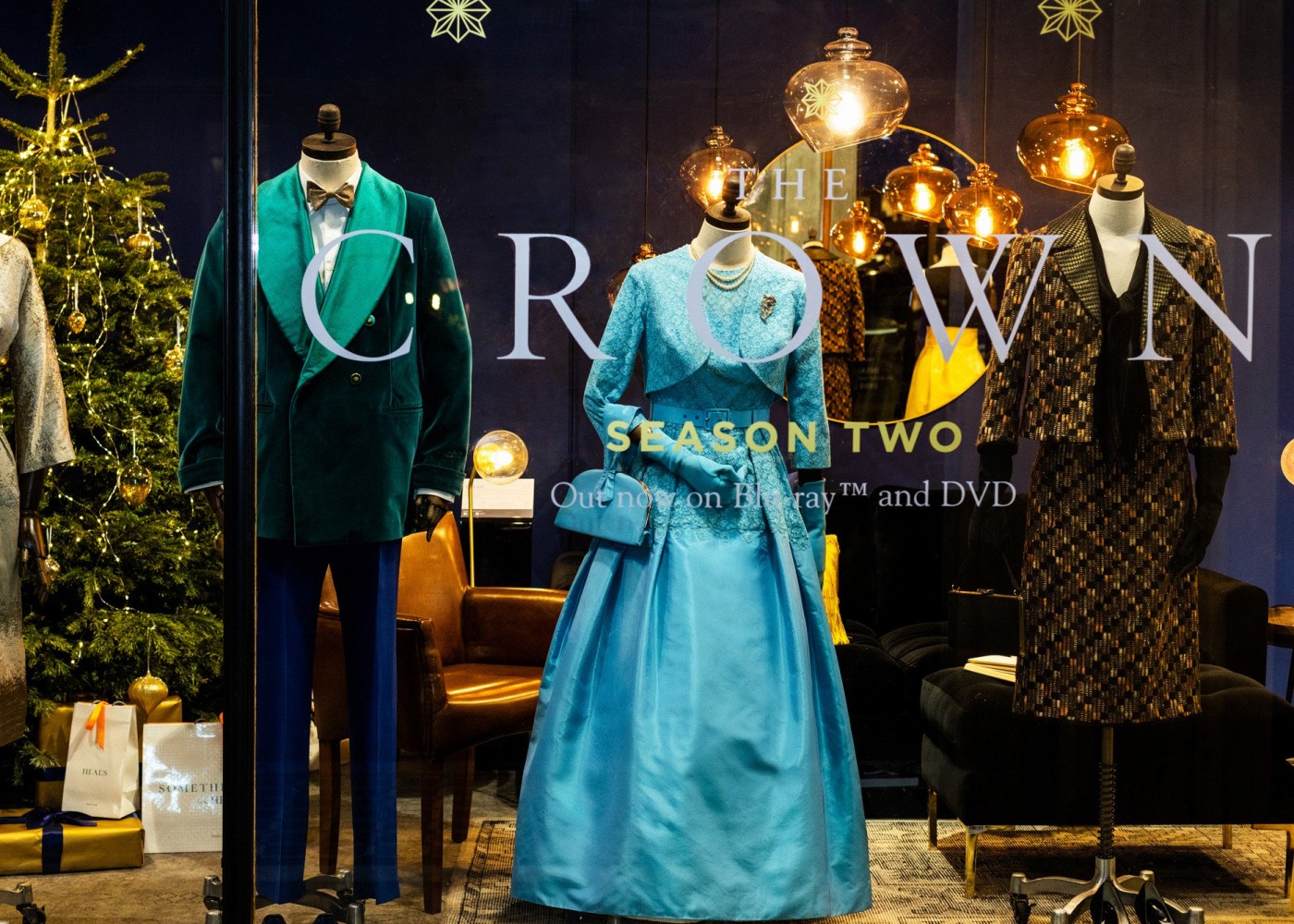 Costumes from The Crown are on display at Heal's until December 21. 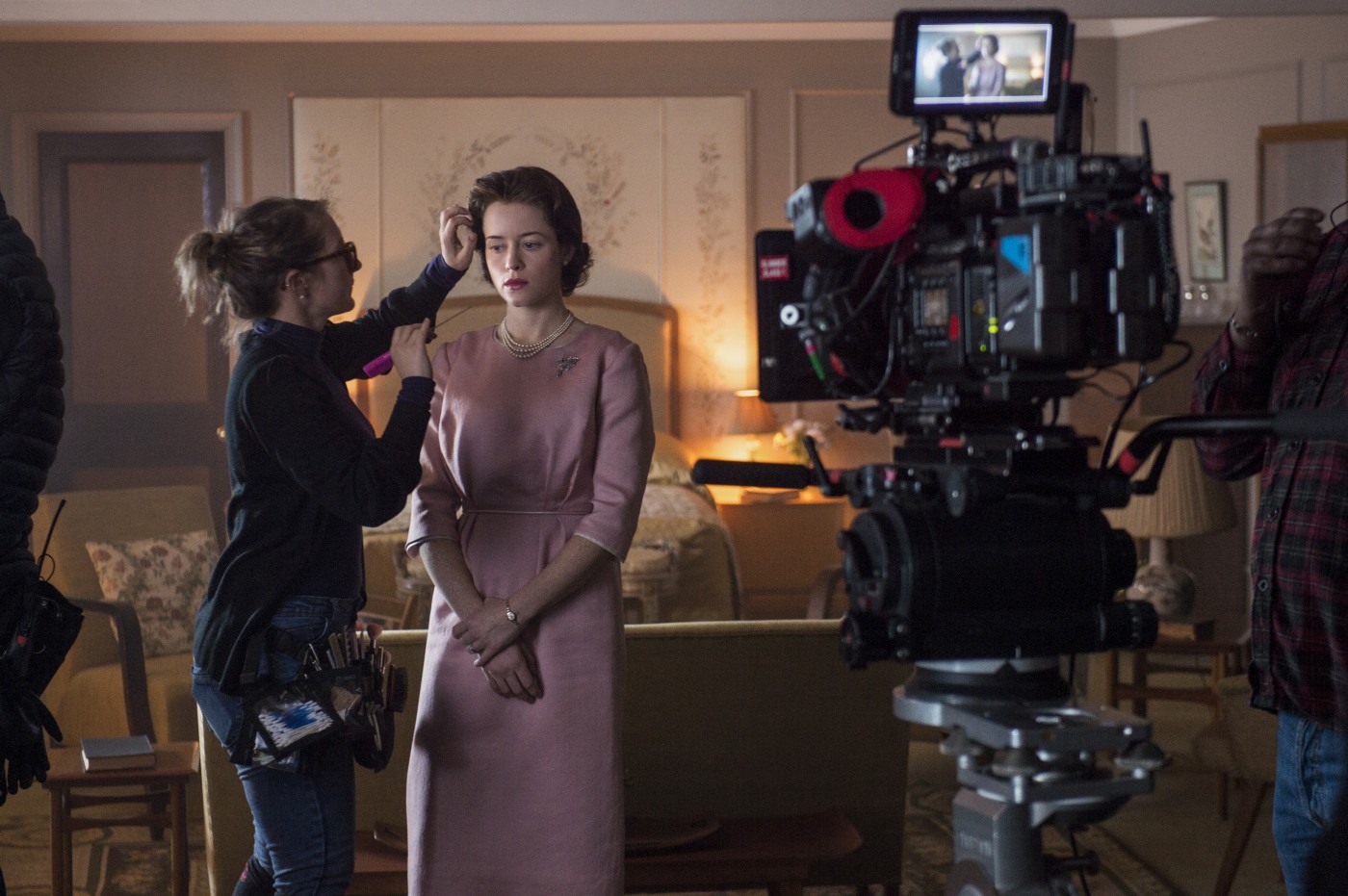 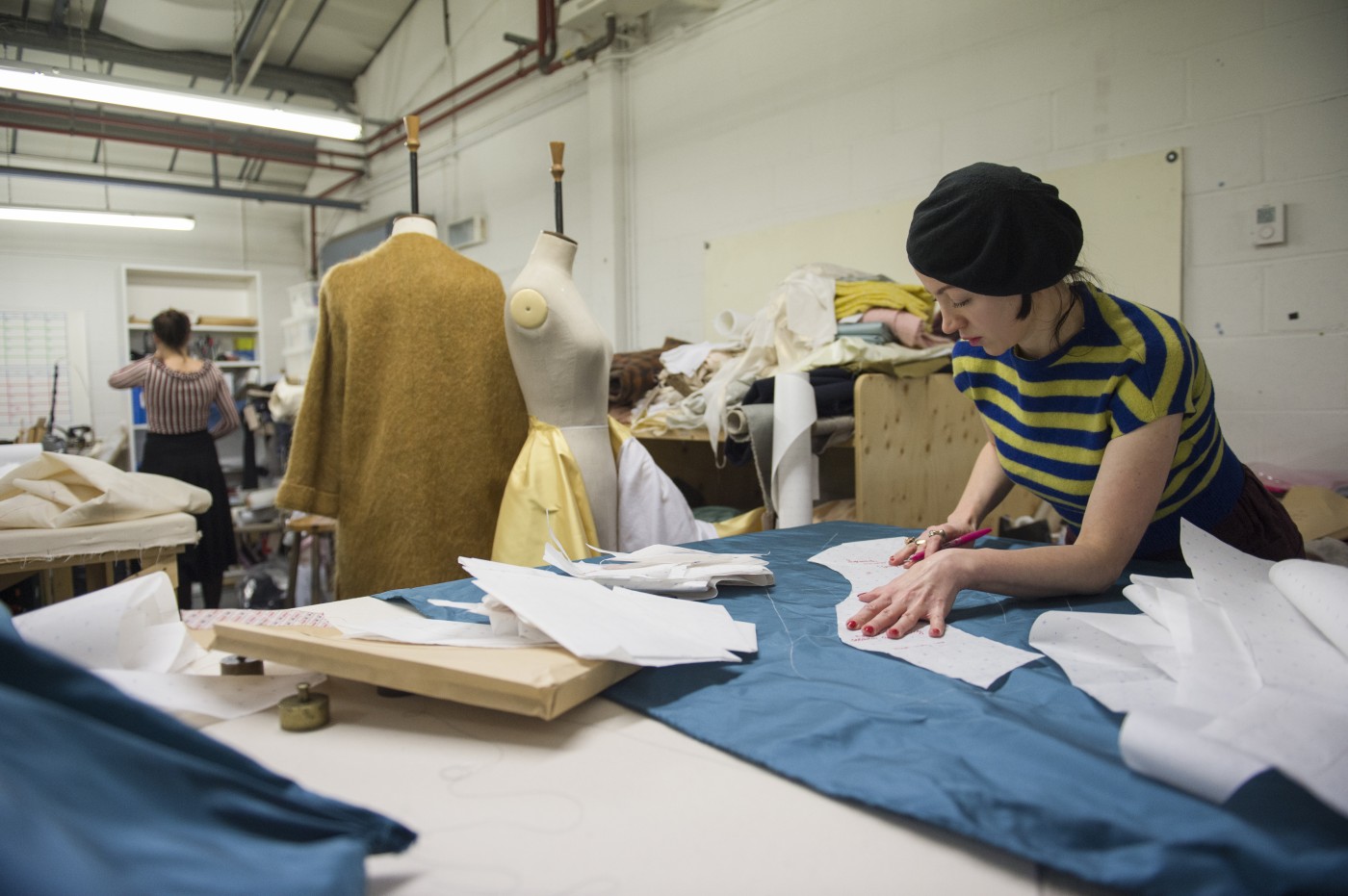 Inside the busy studio where the costumes are created. 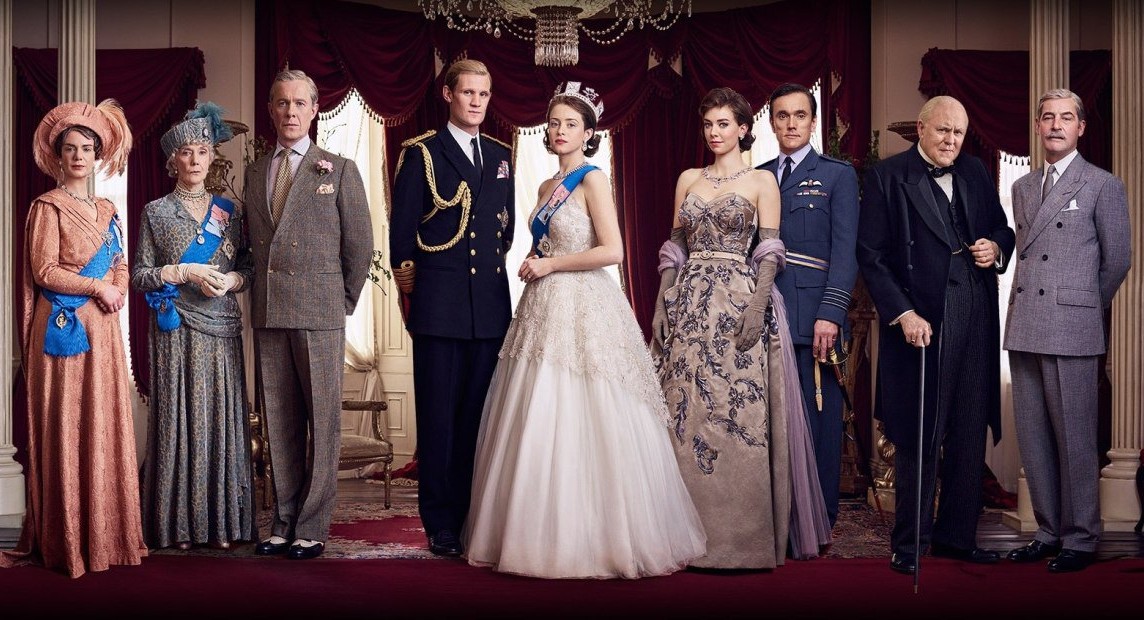 The cast of The Crown: Season Two, dressed by designer Jane Petrie.