Review of our Costume Society Trip to the Westminster Menswear Archive

The Costume Society was delighted to be able to kick off their first in-person event of the year 2022, which revolves all around the fascinating topic of Menswear. On Friday March 18th, a lovely and inquisitive group of members and non-members were invited to look behind the scenes of the Menswear Archive of the University of Westminster. Located in their campus in Harrow, the Archive is home to over 2,000 examples of primarily western and British men’s dress from the last 200 years. During the tour, Archive Curator and Costume Society Trustee Dr Danielle Sprecher presented some of the collections’ highlights while exchanging intriguing facts and anecdotes about the history of menswear with us and our guests.

The Westminster Menswear Archive was established in 2016 by fashion design teaching staff Robert Leach and Professor Andrew Groves. Typically, menswear fashion takes recourse to archetypal uniform designs such as from the military – think of trench coats, navy pea coats, Army field jackets or bomber jackets. Oftentimes, however, these iconic foundational garments become so heavily reinterpreted that it is easy to forget the original point of reference. To facilitate access to these archetypical garments and enable a better understanding of their construction, manufacturing, proportion, fit, and other technical and material details, the Archive serves as a teaching collection to its students – both from the university and the fashion industry. 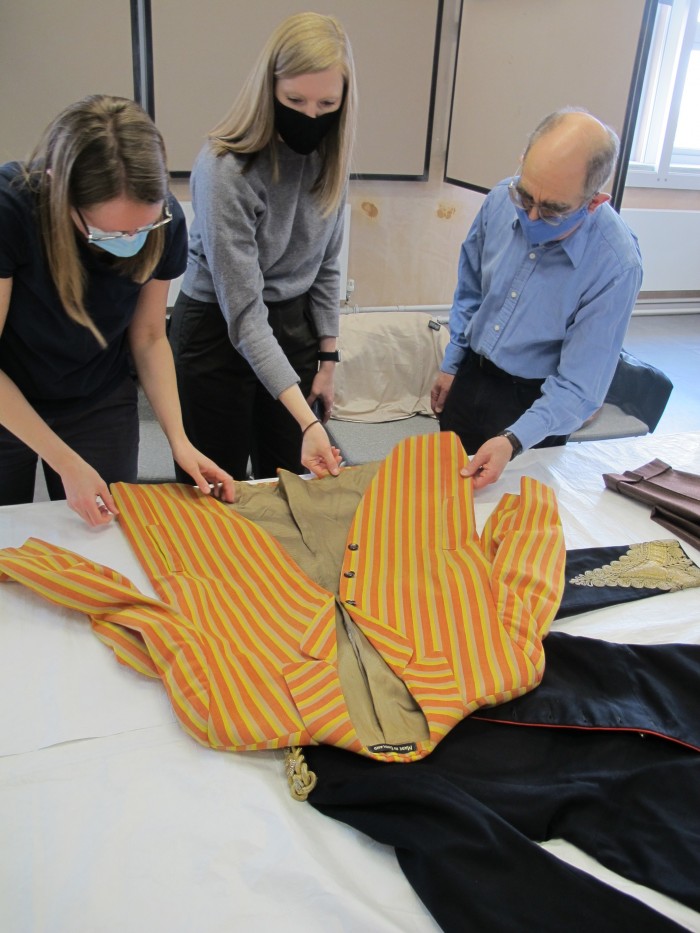 Moreover, the Archive aims to amplify the status of menswear within fashion generally because, as Dr Danielle Sprecher said, “when people think or talk about fashion, they usually don’t include Menswear”. Thanks to the Archive, and other current occurrences such as the V&A’s “Fashioning Masculinities: The Art of Menswear”, or our very own Costume Society 2022 “Clothes Maketh the Man” conference, this changes slowly.

The tour then started with a presentation of some early Alexander McQueen garments such as a tyre-print shirt from his Spring/Summer 1997 collection. The original print was created using the spare tyre from print designer Mark Eley's Saab and originally used for some of McQueen's womenswear collections, but later re-used for some menswear pieces. Indeed, despite his foundational training at Savile Row, McQueen is nowadays mostly remembered for his spectacular womenswear designs. Yet, with over 80 acquired pieces, the Archive gives exclusive insight into his menswear designs up to the early 2000s. Other contemporary avant-garde menswear designers that the Archive includes and which the visitors could browse through, are John Paul Gaultier, Comme des Garçons, Craig Green, Stone Island, Carol Christian Poell, and so many more.

Another ambition of the Archive is to showcase both established and niche British fashion history. Among them is the label Male by Paul, a Carnaby Street boutique opened by the Jewish designers Nathan and Susie Spiegel in the 1960s. The blazer jacket shown was made of an orange, yellow and beige wide striped fabric and immediately roused that Swinging London feeling. Talking of Swinging London, of course what must not be missing was a piece from the legendary Tommy Nutter. The dark blue, windowpane checked wool single-breasted jacket was tailored for London hair stylist Michael Rasser of salon Michaeljohn and acquired via eBay from his nephew. 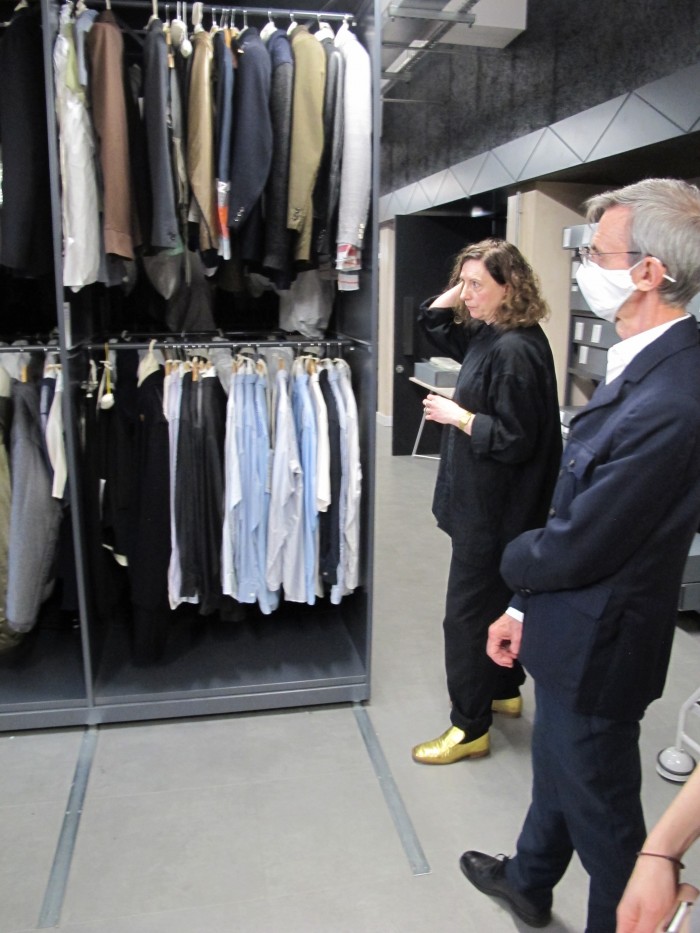 Most of the acquisition process runs indeed via auction houses and second-hand online markets such as eBay or Etsy. In the initial years, the collectors were funded by the Quintin Hogg trust, whose specific purpose is to support projects proposed by staff and students from the University of Westminster to advance students' education. One of the oldest pieces – a delicate 18th century beige-pink frock coat from the wardrobe of Thomas Crewe Dod (1754-1827) of Edge Hall, Cheshire – was bought off a historic house collection owned by a French dealer. The frock coat featured cutaway fronts made of beige pink wool facecloth and ten large faceted and cut steel metal buttons. It was mentioned as one of the favourites by several of our participants!

Among the main challenges of any Costume and Textile Collection is to showcase garments that come from different levels of society – often, it is only pieces that belonged to the elite that survive. To counteract this, the Westminster Menswear Archive have acquired a couple of late 19th century waistcoats, jackets and trousers which have likely been worn by men from lower social classes. One of the waistcoats that our visitors were handed out revealed a fading of colour on its back – implying that it might have been worn without the jacket, indicating manual labour. Furthermore, the Archive is in possession of a three-piece Demob suit, a suit of civilian clothing granted to soldiers upon their demobilization from the British armed services at the close of WWI.

Lastly, our participants were presented a couple of original military pieces. As said before, bomber jackets and other key military pieces represent an important part of what Dr Danielle Sprecher coined as the “fashion language” of menswear. Many of the uniforms’ features were closely tied to utilitarian purposes and changed alongside advancing technology. The first was a very rare forerunner of the MA-1 Flight Jacket, a US Air Force B-15D Mod flight jacket. The 'mod' designation refers to the fact that this jacket was formally modified by the United States Air Forces in the 1950s. The original B-15D jackets came with mouton fur collars, but the USAF determined that they were a flammable fire hazard, hence the fur collar was removed and replaced with ribbing. Although the Archive does not own an original MA1 yet, we were presented with a fashion version made publicly available by Alpha Industries. Some of its details, like the orange lining which was originally intended as an emergency aid signal, probably don’t have a real function to its wearers anymore but have become an iconic feature.

The tour ended with the opportunity for us to browse freely through the Archive’s treasure chamber. Thereby, our guests reiterated how great it was to see and touch the garments so closely, and that the collection was aimed not for PR in the first place, but rather for designers and fashion students. Surely, our perception of the history, scope, and variety of Menswear had widened immensely. “People always say that women dress to impress men”, one of our guests remarked, “but men do the very same!”

The Westminster Archive tour was part of the Costume Society’s year-long events programme dedicated to menswear. Upcoming events include a visit to the Wolsey archive in Leicestershire, meeting the curators of the Dandy Style exhibition opening this autumn in the new dedicated Fashion Gallery at Manchester Art Gallery, and our annual conference ‘Clothes Maketh the Man’ to be held online over a series of sessions in October and November 2022. Our events are open for members and non-members, but our members enjoy benefits such as reduced-price tickets, access to conferences, our biannual journal, study awards, a community of fellow costume enthusiasts, and so much more! If you consider becoming a member, please do join us. 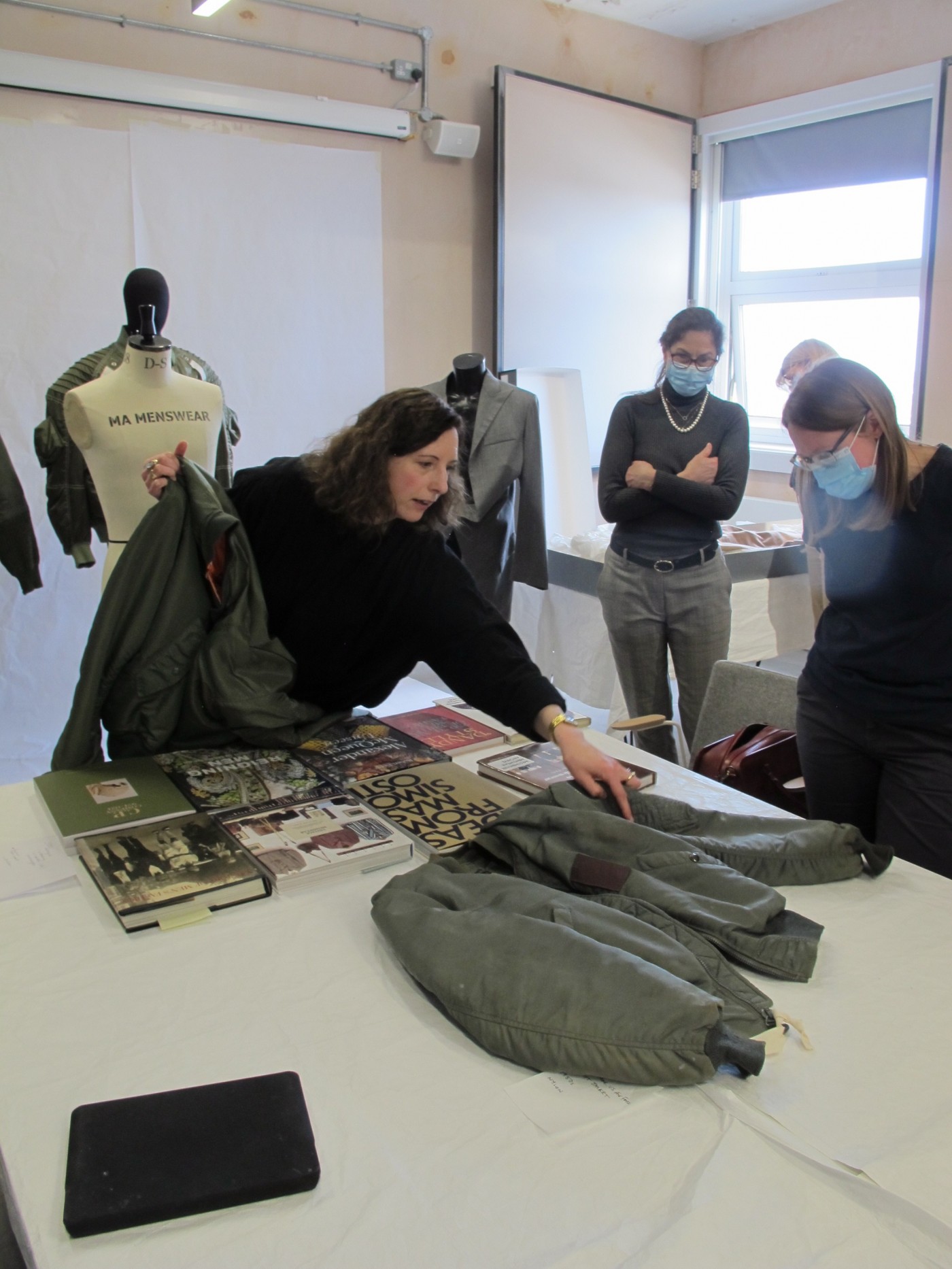 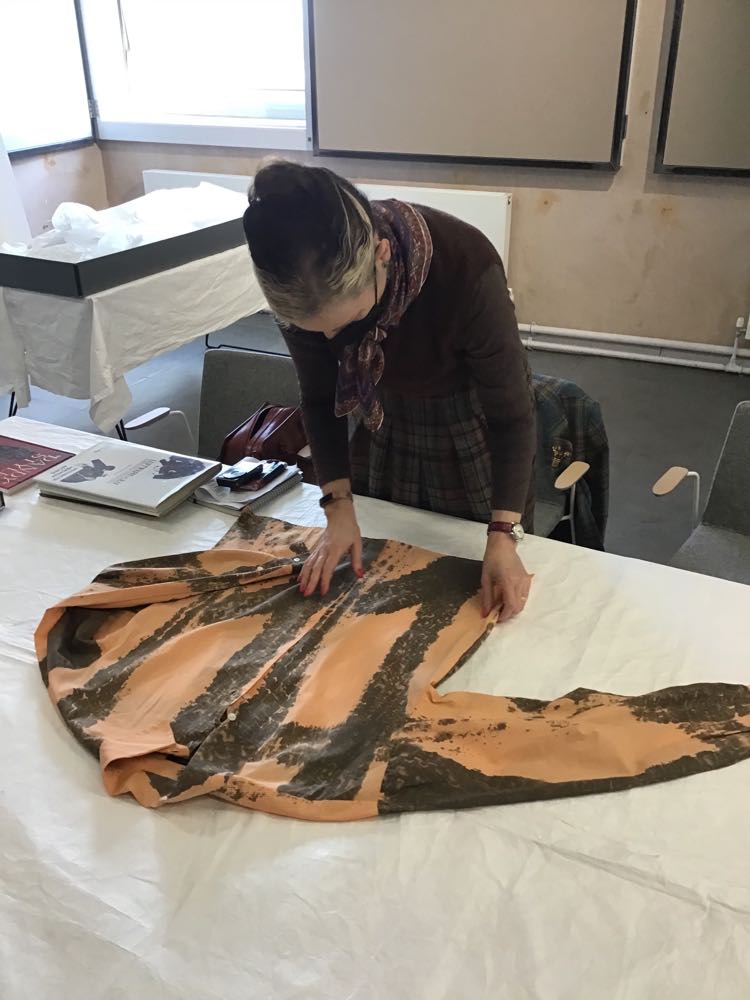 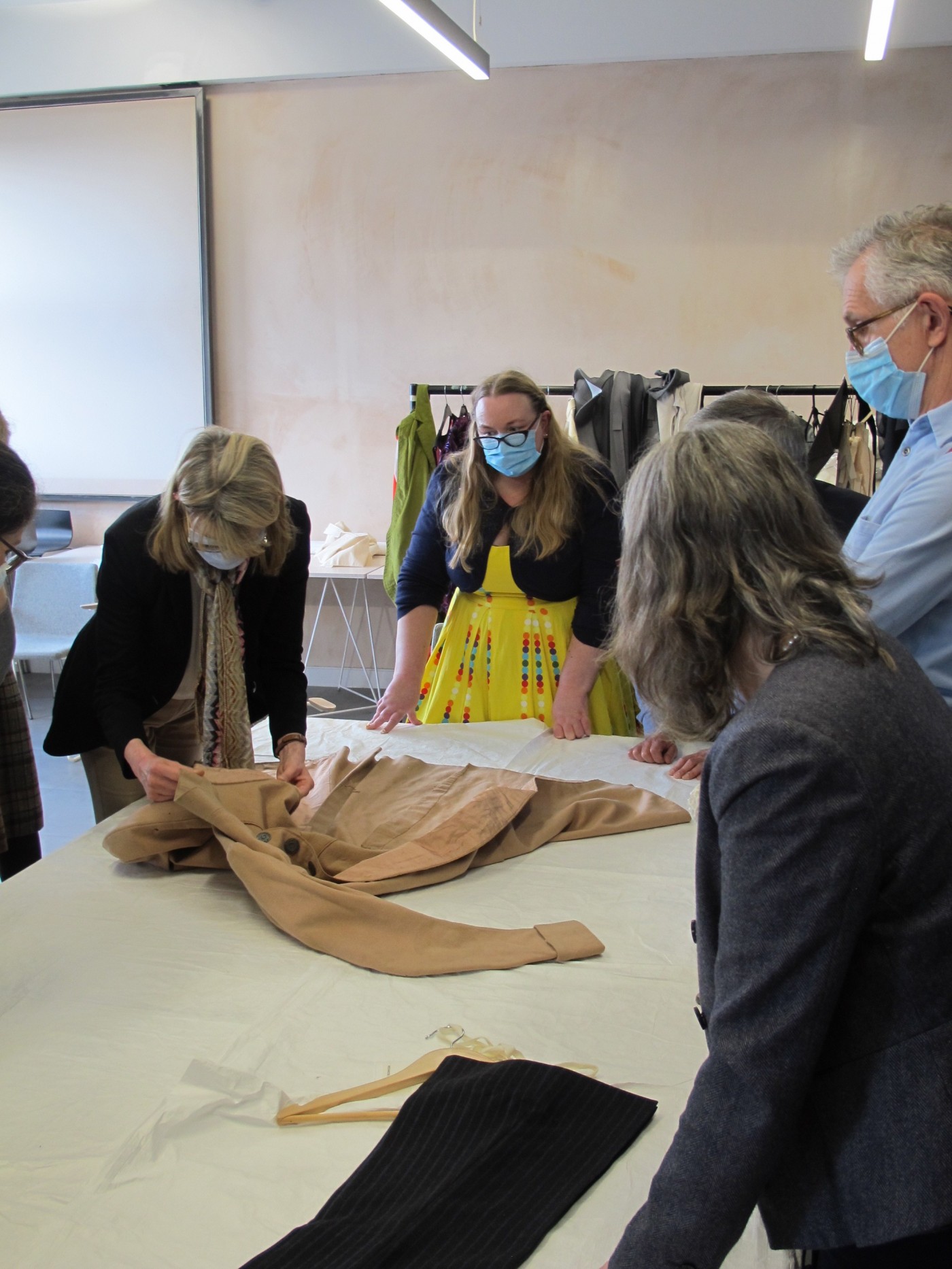 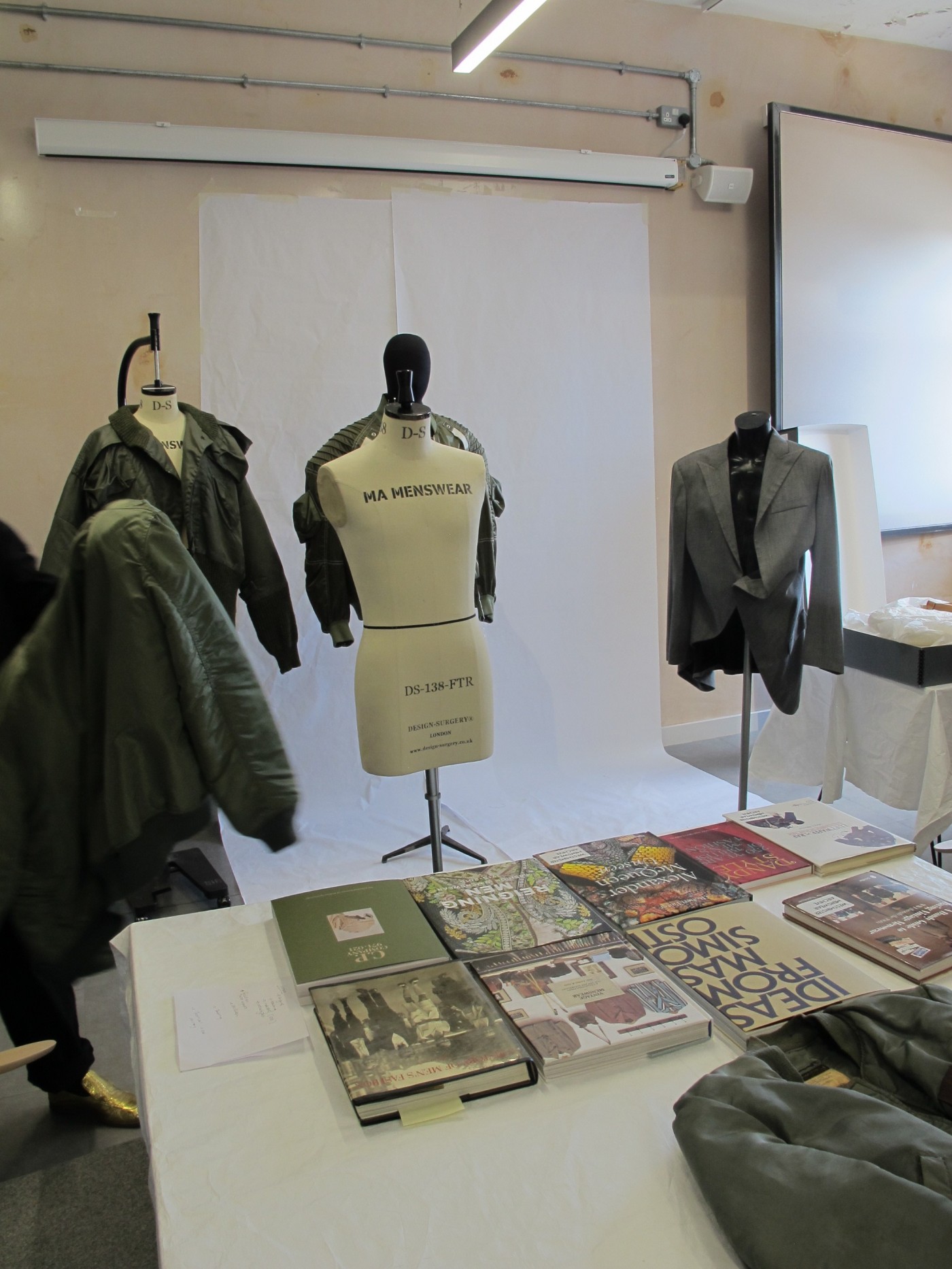